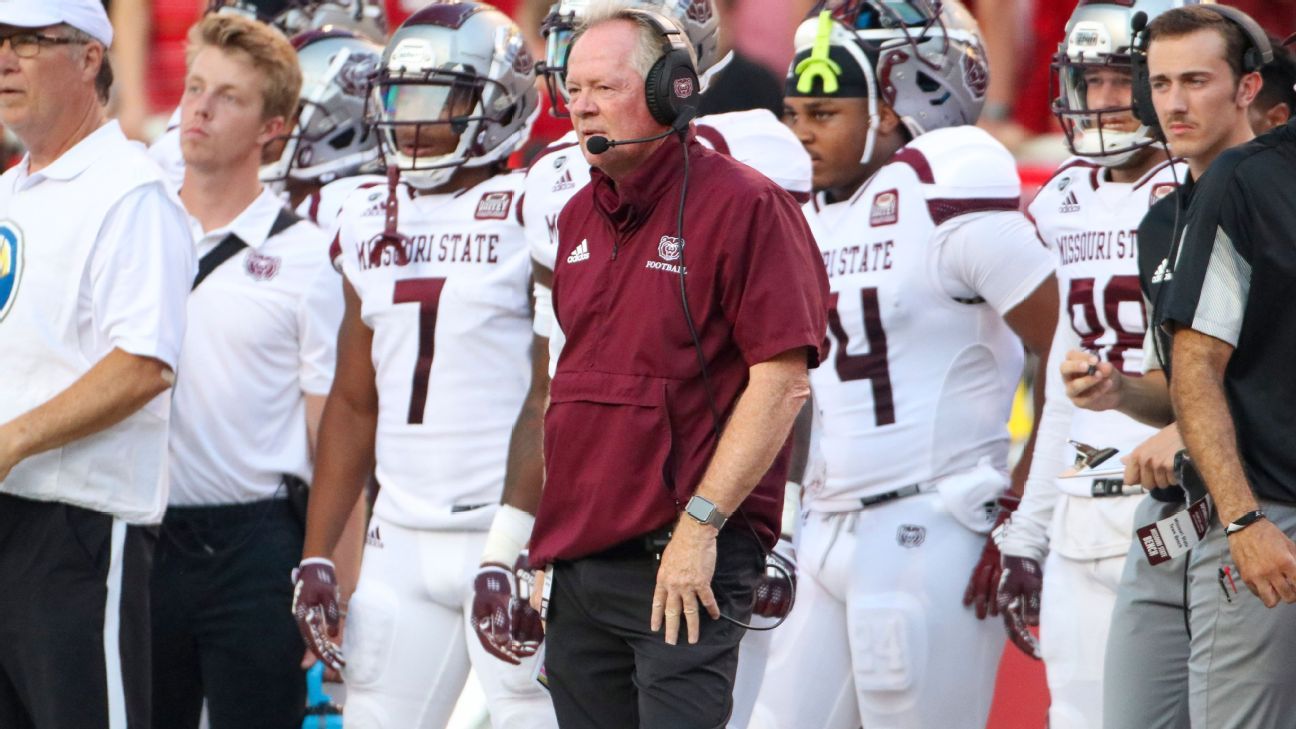 Jimbo Fisher is bringing in former Arkansas and Louisville head coach Bobby Petrino, one of the most respected offensive minds in football, to be Texas A&M‘s offensive coordinator, sources told ESPN.

Fisher has always called his own plays on offense and is one of the diminishing number of head coaches to do so, and although he will still be heavily involved in the Aggies’ offense, sources told ESPN that Petrino will take over primary playcalling duties.

Fisher just completed his fifth season at Texas A&M, a season that saw the Aggies go 5-7 and miss a bowl game for the first time since 2008.

Petrino was most recently at UNLV, for less than a month, after accepting the offensive coordinator job under new head coach Barry Odom on Dec. 15. Petrino spent the previous three seasons as Missouri State‘s head coach and guided the Bears to FCS playoff appearances in two of his three seasons. At the time of Petrino’s arrival, Missouri State had gone 30 years without a playoff appearance.

Fisher said following the Aggies’ disappointing 2022 season, which was marred by injuries and off-the-field issues, that he was open to relinquishing playcalling duties and hiring an accomplished offensive coordinator to come in and call plays, which would free up Fisher to be more involved in all facets of the program. Fisher and Petrino had talks about the Texas A&M offensive coordinator position in early December, but nothing materialized. Petrino then took the UNLV job later in the month after Odom was hired.

Petrino told Odom on Wednesday that he was leaving for Texas A&M, according to sources, and an official announcement by Texas A&M is expected soon.

It’s not uncommon for Fisher to take his time and wait until January to make a coordinator hire. He hired his last two defensive coordinators (D.J. Durkin and Mike Elko) after the New Year. For this job, Fisher also talked to TCU offensive coordinator Garrett Riley, among others, sources told ESPN.

Petrino, 61, has extensive head-coaching experience and has found success at all of his college stops. He coached a Heisman Trophy winner in Lamar Jackson at Louisville, elevated Arkansas and Louisville to national relevance for the first time in years and has won 65.8% of his games as a college head coach.

But he’s also met controversy along the way, most notably at Arkansas, where he was fired in April 2012 after school officials said he lied about a motorcycle accident while riding with a female football staffer whom Petrino had hired and with whom he was having an affair. The Hogs won 11 games the previous season, including a Cotton Bowl victory, and finished No. 5 in the final AP poll. They won 10 games in 2010 and played in the Sugar Bowl.

Petrino’s SEC experience was particularly attractive to Fisher, whose Aggies plummeted to 101st nationally and next-to-last in the league in scoring offense last season (22.8 points per game). At Arkansas, Petrino’s offenses ranked second in the SEC in scoring in 2010 (36.5 points per game) and first in 2011 (36.8 points per game) at a time when defense ruled the SEC. In 2011, seven of the top 30 scoring defenses nationally belonged to SEC teams. Like Fisher, Petrino has also called his own plays as a head coach.

He also coached the Atlanta Falcons for part of the 2007 season before leaving to take the Arkansas job with three games remaining in the season. The Falcons were 3-10 at the time of Petrino’s abrupt departure. Overall, counting a couple of promotions, this will be Petrino’s 19th different coaching job.

Petrino inherits a Texas A&M offense that scored more than 24 points only twice last season against FBS competition. Conner Weigman returns at quarterback after starting the last three games in 2022 as a true freshman. Receiver Evan Stewart, also a true freshman, returns after leading the team in receiving. The Aggies also hope to get back several offensive linemen who suffered season-ending injuries in 2022.

Watch Tesla Cybertruck’s impressive 4-wheel steering at work
China threatens ‘further actions’ over US downing of suspected spy balloon
Next to the best orator on the planet, pomp and ceremony couldn’t mask Sunak’s lack of communication skills
Liz Truss rules out future PM bid but ‘doesn’t regret’ her short time in No 10
Microsoft’s $69bn takeover of Activision a step closer to being blocked by UK watchdog