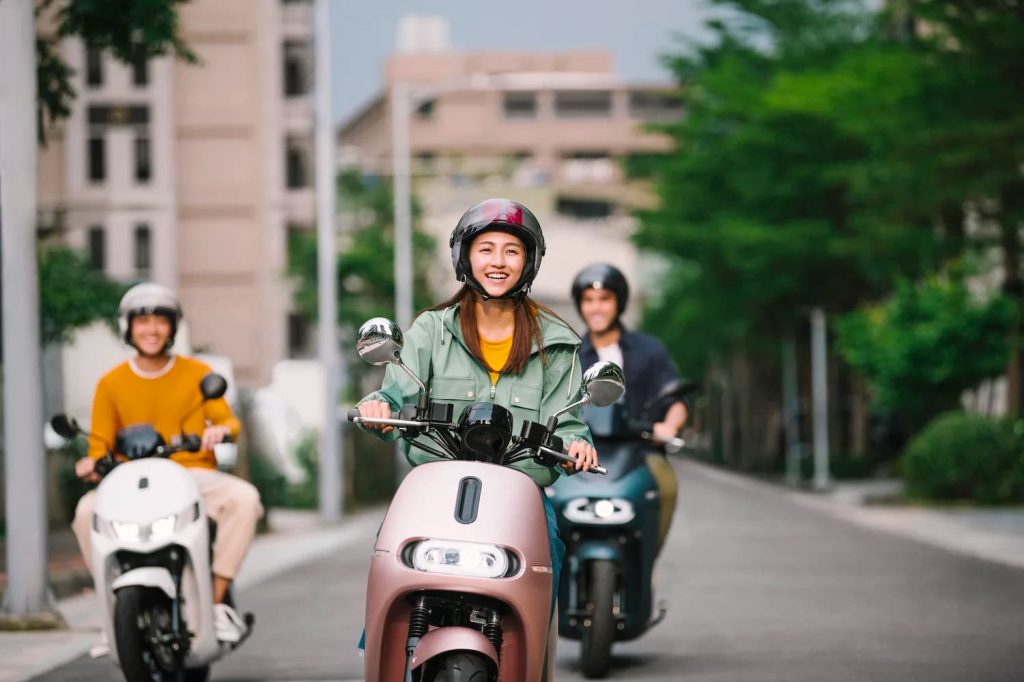 When it comes to battery-swapping electric scooters, there are several names floating around out there. But only one can boast near total domination of the market: Gogoro.

The company just announced annual 2022 figures that show its batteries powered 90% of the electric scooters sold in its domestic market.

The Taiwanese-based company is quickly expanding to over a half a dozen countries, but Gogoro’s success is built upon its near complete dominance of its local market where it all began.

Gogoro first demonstrated that its electric scooters could be powered by the company’s swappable battery packs when it started rolling out its battery swap GoStations in 2015.

In the beginning, it was difficult to convince businesses to let Gogoro install the small battery swap kiosks in their parking lots. But as soon as word spread that the vending machine-sized GoStations brought in riders (and thus customers), the stations started popping up everywhere. Now, thousands of GoStations span the country of Taiwan where they perform around 390,000 daily swaps. There are so many stations that riders are rarely more than a kilometer (0.6 miles) from a battery swap station in large cities like Taipei. Gogoro riders have even circled the entire country, making use of battery swap stations along the way (that circumnavigating Taiwan trip is high up on my bucket list!).

Gogoro’s own electric scooters have proven incredibly popular among riders, but that’s only a portion of Gogoro’s operations. The company has opened its battery network, allowing other manufacturers to build electric scooters that are powered by Gogoro’s batteries. That has led to companies like Yamaha, Hero, Yadea, A-Motor, eMoving, and others developing new e-scooter designs that are compatible with Gogoro’s existing battery network.

Gogoro’s electric scooters are still the majority of all Gogoro-powered two-wheelers, but the other companies in the network also make up sizable shares in the market. In fact, five of the top six electric scooters in Taiwan use Gogoro’s batteries.

Together, they account for 90% of all electric scooters sold in Taiwan based on the government’s 2022 annual scooter sales report.

The share of electric scooters is also growing in the country as ICE-powered riders shift towards electric alternatives. E-scooters now make up 12% of all scooter sales, a figure that is quickly growing in part due to government incentives. Battery swapping has helped facilitate that massive shift, with swap stations now outnumbering gas stations in Taiwan’s major cities.

We are proud of the progress Gogoro and its partners are making to lead Taiwan into a smarter and cleaner future. With five out of the top six electric scooter makers using Gogoro Network battery swapping, Gogoro is powering 90% of all electric scooters in Taiwan and there are now more Gogoro Network battery swapping locations than gas stations across Taiwan’s major cities. Consumers and governments are demanding cleaner and smarter transportation choices for cities like never before and with Gogoro’s technology, partners and experience we are well positioned to meet their needs.

The figures behind Gogoro’s success are astounding. The Gogoro Network currently supports more than 524,000 riders and boasts more than 1.1 million smart batteries in circulation. Those batteries account for over 370 million swaps to date across the company’s 12,200 battery swapping GoStations at over 2,504 locations. Gogoro calculates that its batteries have been responsible for saving more than 250,000 tons of CO2.

Gogoro isn’t the only company operating battery swap stations in Taiwan. Its competitor KYMCO also boasts a diverse line of IONEX electric scooters that use KYMCO’s battery swapping stations. The company has rapidly expanded the number of swap stations in Taiwan and is catching up to Gogoro’s over 2,500 GoStations. However, it appears KYMCO has yet to make a sizable dent in ridership compared to Gogoro’s 90% market share.

KYMCO hopes to bring its battery swapping electric scooters to Europe, while Gogoro has so far focused on expanding its operations across Asia. Gogoro has announced that its batteries and/or scooters are now operational or will be starting operations in India, Indonesia, Singapore, South Korea, China, The Philippines, and Israel.

I’ve said it before, and I’ll say it again: Gogoro is the de facto battery swapping standard. Other companies like Honda that don’t want to be locked into Gogoro’s standard have set about trying to develop their own competing standards, but they’re not really making any progress. The last I heard, Honda set up four battery swap stations in India. Hey, I guess it’s a start?

I know that competitors would rather control the market, but it would be better for consumers if manufacturers would just standardize. Gogoro’s form factor is convenient, accessible, largely future-proofed (they have solid-state batteries coming in the same battery cases) and they work really well.

I say that as the owner of a Gogoro scooter. I live in Tel Aviv and use a Gogoro S2 ABS scooter as my daily driver. I end up swapping batteries around once a week or so and it’s a quick, easy, and painless operation that takes around 30 seconds. I never charge. I never worry about range – I just ride. If I get low on battery, I’m basically always less than about 2 km (1.2 miles) from a swap station, and usually I’m much closer than that.

I’m not surprised to see that Gogoro still retains such a large market share in Taiwan even as other electric scooter companies grow their operations. What I’m really excited about, though, is their international expansion plans.

People always ask me when I think Gogoro will come to Europe or the Americas. It doesn’t seem to be in Gogoro’s short term plans, but I could be wrong. As it stands, it looks like they want to dominate Asia first due to the massive size of the market there, and the opportunity that such a vast amount of riders offers to make an even larger impact on the two-wheeled landscape and on the environment. But with European and American riders obviously begging for Gogoro to continue rolling westward, it can only be a matter of time.

This article was originally published by Electrek.co. Read the original article here.

US shoots down Chinese ‘spy balloon’ off Carolina coast
Did dog issue lead Nicola Bulley to river’s edge – police fear missing woman fell into water
Weekend Project: I added a solar panel to my electric mini-truck to charge from the sun
Shark kills 16-year-old girl after she jumped from jet ski into water
More powerful tremors hit Turkey – as WHO warns death toll could rise to more than 20,000