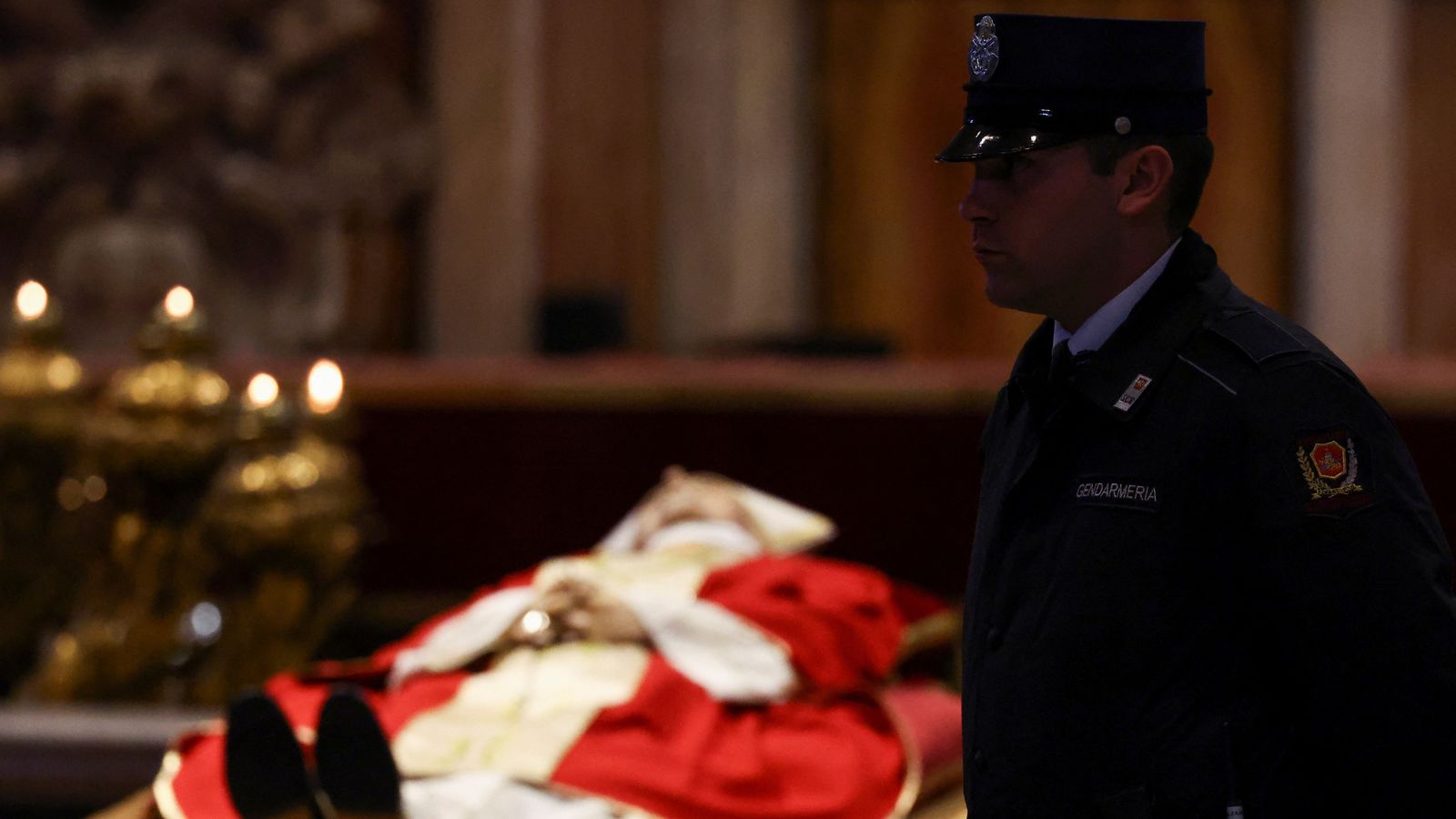 He made history during his life and now Pope Benedict XVI will do so in death.

For the first time in many hundreds of years, the Vatican will hold a funeral service for a former pope, presided over by the present Pope.

The service will begin in the morning, after three days in which Benedict’s body, dressed in robes and clutching rosary beads, has been on display, allowing tens of thousands of mourners to file past.

Led by Pope Francis, the service will include traditional elements as well as some that will be individual to this funeral.

A document, written in Latin and detailing some of the most notable occurrences of Benedict’s papacy, will be buried with him, alongside coins and other papal regalia.

The service will begin with the introductory rites, wishing for “eternal rest and… perpetual light”.

It will include readings from Isaiah and from the first letter of St Peter.

It will refer to him as “Pope Emeritus Benedict” and described him as “the successor of Peter and shepherd of the Church, a fearless preacher of your word and a faithful minister of the divine mysteries”.

Benedict will be buried in the traditional triple coffin, with a casket made of cypress wood then enclosed by first zinc and then by a further wooden coffin.

He will be buried in the crypt beneath St Peter’s Basilica, in an area that was once occupied by the coffin of his predecessor, Pope John Paul II.

The funeral of the Pope Emeritus will differ from that which would be held after the death of an incumbent Pope.

Only two international delegations have been formally invited – from Italy, in which the Vatican rests, and from Germany, home country of Benedict, who was formerly known as Cardinal Joseph Ratzinger.

It is likely that Germany will send its president, Frank-Walter Steinmeier.

Many countries will still be sending senior figures to the event. The UK will be represented by Gillian Keegan, the education secretary. The King of Belgium and the Queen of Spain will be present.

And the funeral will be watched by a vast audience around the world.

For some observers, this will be an occasion that mirrors a more modern view of the papacy, as a role that can be rightly relinquished in favour of a younger, fitter successor.

For others, though, this will reawaken two fundamental questions – one, whether a precedent was set by Benedict for the job to be a more short-term role rather than one that is carried to death; and two, how Pope Francis’s attitude will change, now that he has become the only living person to have been named as Pope.

On the one hand, it may embolden him further to pursue his own initiative and ways of thinking, now that the spectre of his predecessor (who lived in a converted monastery within the Vatican throughout his retirement) has passed. 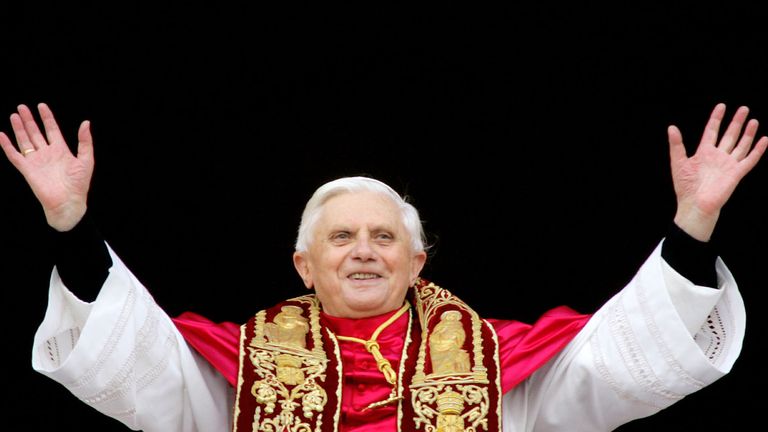 Yet on the other, there are those who believe that Francis, himself troubled by ill health, may soon start wondering whether he, too, would like to stand down from leading the Catholic Church and follow Benedict’s precedent of retirement.

Francis will conduct the service from a wheelchair.

These are the questions that will follow today’s funeral. But for the moment, the focus is upon one thing – the sombre process of allowing more than a billion Catholics around the world to bid farewell to the man who led them for nearly a decade