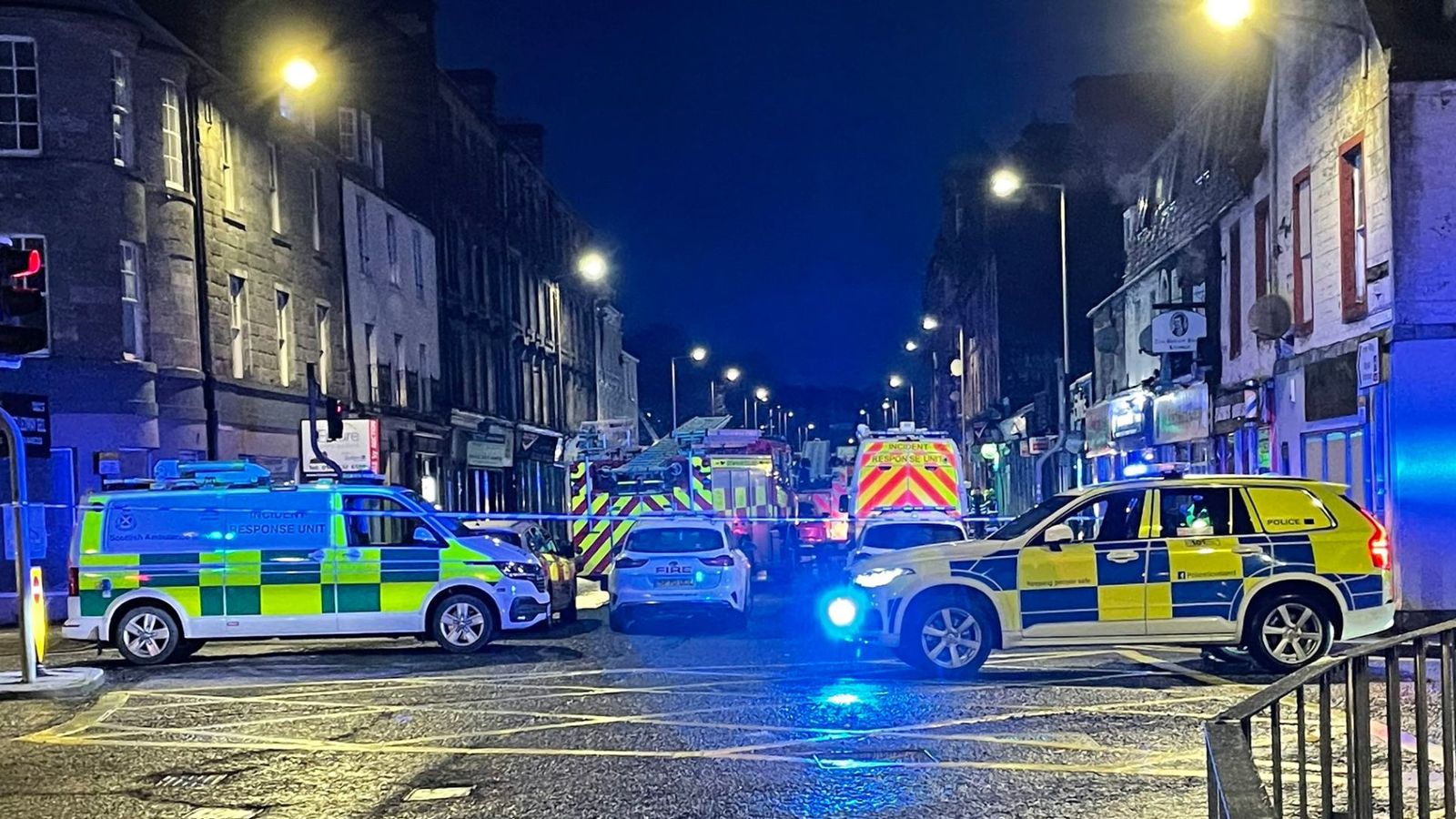 Three people have died after a fire broke out at a hotel in Perth in Scotland.

Emergency crews were called to the blaze at the New County Hotel shortly after 5am on Monday.

A number of other people were treated for minor injuries by the Scottish Ambulance Service.

Hotel guests and two people from a neighbouring block of flats were evacuated and are being supported, police said.

Chief Superintendent Phil Davison said: “Our thoughts are very much with the families and loved ones of those who have died at what is a very difficult time for everyone.

“Our enquiries are ongoing to establish the full circumstances of what has happened and officers are conducting a joint investigation with the Scottish Fire and Rescue Service.”

The Scottish Fire and Rescue Service (SFRS) said it had sent nine vehicles to the scene.

Meanwhile, a Scottish Ambulance Service spokesperson said: “We received a call from the Scottish Fire and Rescue Service at 05.05hrs this morning (2 January) to attend a fire at the New County Hotel, Perth.

“We dispatched 21 resources, including our Special Operations Team, and attended to 14 casualties.

“Eleven patients did not require hospitalisation, but sadly three patients died at the scene.

“Our thoughts remain with those who have been affected by this incident.”

A police cordon is in place and members of the public are asked to avoid the area.

‘Lucky to get out alive’

One guest at the hotel told Sky News that she felt “lucky to get out alive” after escaping the fire.

The woman, who gave her name as Barabara, said that she and her husband had been staying in a room directly above when the fire broke out and they were woken by the sound of the alarms.

She said: “We woke to the sounds of the alarms going off and just ran, we left everything we have in the room.

“As we reached the front door you could see burning embers falling to the ground. We ran through as quickly as we could, hoping that nothing would fall on us.

“We didn’t realise how close we were to where the fire started, really we’re lucky to get out alive.

“Once we were out on the street you could see how bad it really was, we just stood there and watched as people were carried out on stretchers and treated by the emergency services, the people on the second floor were in a particularly bad way.

Read:
Jersey flat explosion: Woman, 73, becomes 10th person confirmed dead
At least 19 people dead and up to 30 missing after fire at casino and hotel in Cambodia

Barbara recently returned to the UK with her husband after living abroad and checked into the New County Hotel on December 16 while they looked for a more permanent home in the area.

She added: “It’s so sad. It’s been a really traumatic day for us.”

Another witness who saw the fire told Sky News: “I live just across the road. I heard an alarm, glass shattering and then sirens so I ran outside to see what was happening.”

He described it as an “awful” incident. 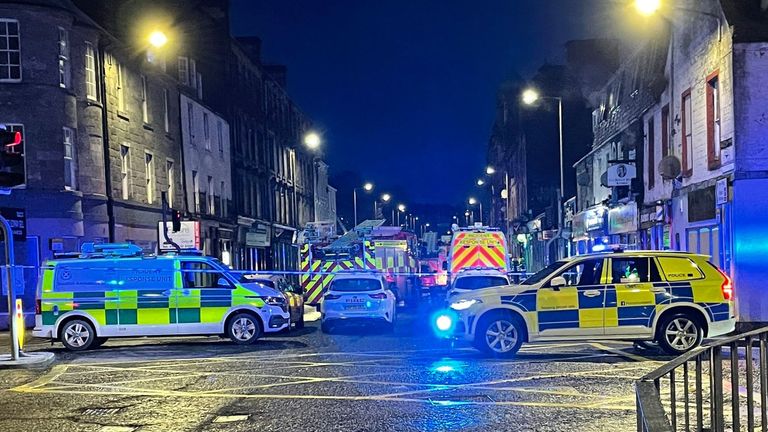 Three people have died after a fire broke out at a hotel in Perth in Scotland.

Politicians across Scotland today shared their sympathy with the families of the victims.

Scotland’s Deputy First Minister John Swinney tweeted: “Heartbreaking news emerging from Perth this morning. My sympathies with all affected by this tragedy.”

Scottish Conservative leader Douglas Ross MSP said: “Absolutely awful to hear of the fire in a Perth hotel which has claimed the lives of three people.

“What a tragic start to 2023. My thoughts go out to the loved ones of those who have died.

“As always, thanks to our emergency services for their swift response in tragic circumstances.”

Perth and Kinross Provost Xander McDade said: “On behalf of all Councillors and staff our thoughts are with the family and friends of the three people who passed away following the fire at the New County Hotel in Perth this morning.

“This tragic incident is not the way any of us would want to see 2023 begin and I my heartfelt condolences go to everyone impacted by this fire.”

Earlier, Perth and Kinross Council said roads in the areas had been closed “due to an ongoing incident”.

“Please avoid the area if you can,” the authority said.

‘This is the happiest time for me’: Inside Fedor Emelianenko’s last hurrah in MMA
Biden says he’s willing to work with political rivals – but Republicans say he is ‘unfit’ to be president
Six Nations – Fixtures and team news for every game
‘Key’ witness comes forward as police search for missing mother-of-two Nicola Bulley
Tech stocks just finished a five-week rally — the longest stretch since market peak in November 2021