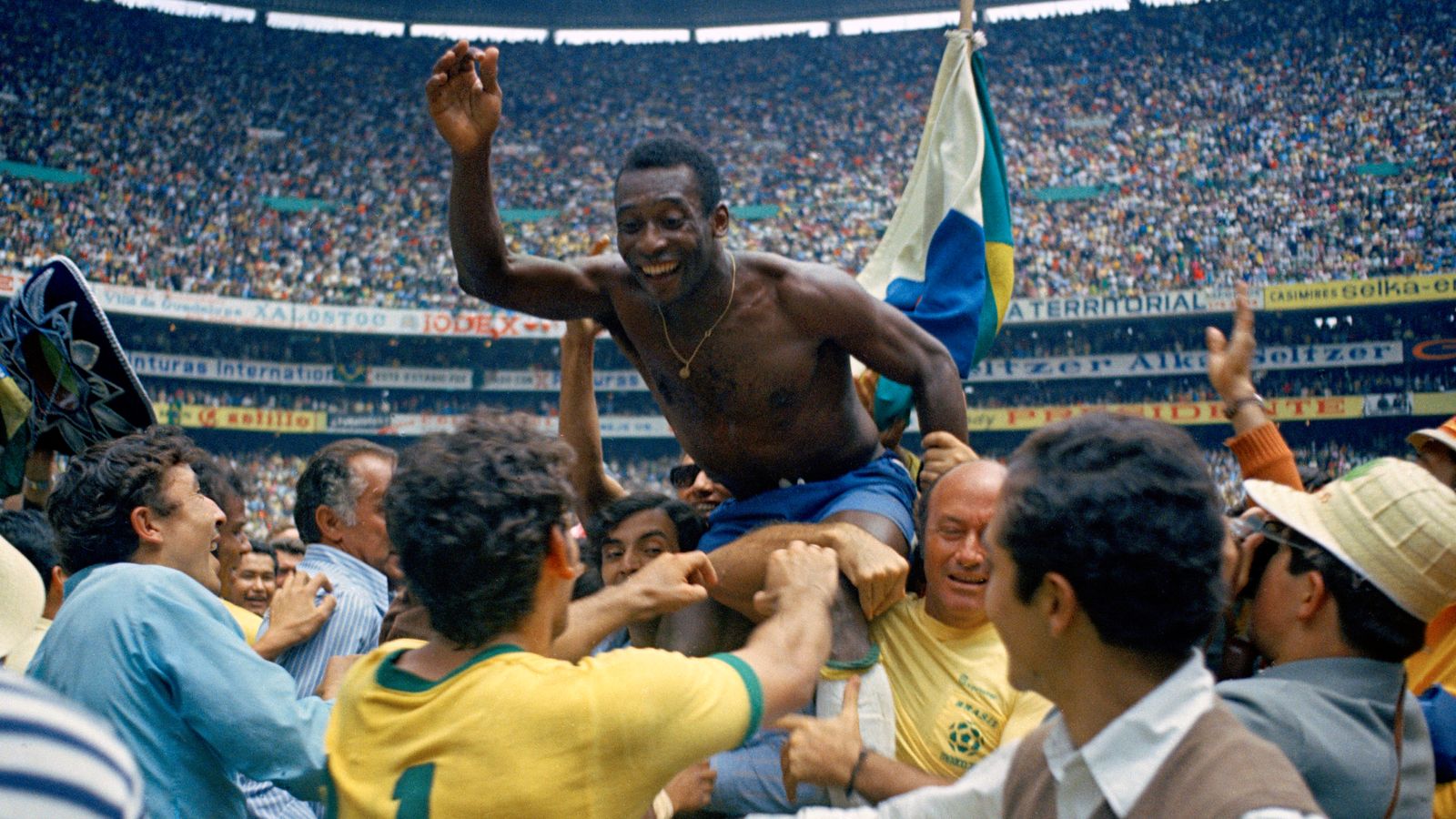 Brazil football great Pele has been praised all over the world following his death at age 82.

But his greatness on the pitch has been hailed by his peers for decades. Here is a selection of quotes by fellow players, past and present.

Sir Bobby Charlton, England’s World Cup winner in 1966: “I sometimes feel as though football was invented for this magical player.”

Bobby Moore, England’s captain in 1966: “Pele was the most complete player I’ve ever seen. Two good feet. Magic in the air. Quick. Powerful. Could beat people with skill. Could outrun people. Only 5ft 8ins tall, yet he seemed a giant of an athlete on the pitch. Perfect balance and impossible vision.”

Retired France star and three-time Ballon d’Or winner Michel Platini: “There’s Pele the man, and then Pele the player. And to play like Pele is to play like God.”

Alfredo Di Stefano, the late Argentinian-born star for Real Madrid: “The best player ever? Pele. (Lionel) Messi and Cristiano Ronaldo are both great players with specific qualities, but Pele was better”

Johan Cruyff, the late Dutch star and standout manager who won the Ballon d’Or three times: “Pele was the only footballer who surpassed the boundaries of logic.”

Cristiano Ronaldo, Portugal star forward: “Pele is the greatest player in football history, and there will only be one Pele in the world.”

Read more:
Brazil begins three days of mourning after death of Pele
Pele embodied the idea of football as the beautiful game
In pictures: The world’s greatest footballer

The late Hungary star Ferenc Puskas: “The greatest player in history was Di Stefano. I refuse to classify Pele as a player. He was above that.”

Retired German great Franz Beckenbauer: “He is the most complete player I ever saw.”

Former Italy international Tarcisio Burgnich, after playing against Pele in the 1970 World Cup final: “I told myself before the game, he’s made of skin and bones just like everyone else – but I was wrong.”

Retired Brazil star Zico: “This debate about the player of the century is absurd. There’s only one possible answer: Pele. He’s the greatest player of all time, and by some distance, I might add.”

Former Brazil forward Tostao: “If you take the qualities of Cristiano Ronaldo and (Lionel) Messi, put them together, then you’d have a player to compare to Pele!”

Benfica goalkeeper Costa Pereira after 5-2 loss to Santos (Pele’s former club): “I arrived hoping to stop a great man, but I went away convinced I had been undone by someone who was not born on the same planet as the rest of us.”

Former Italy defender Giacinto Facchetti: “We went up together to head a ball. I was taller, had a better impulse. When I came back down, I looked up in astonishment. Pele was still there, in the air, heading that ball. It was like he could stay suspended for as long as he wanted to.”

Just Fontaine, the Morocco-born French star who scored 13 goals in six games in the 1958 World Cup: “When I saw Pele play, it made me feel I should hang up my boots.”