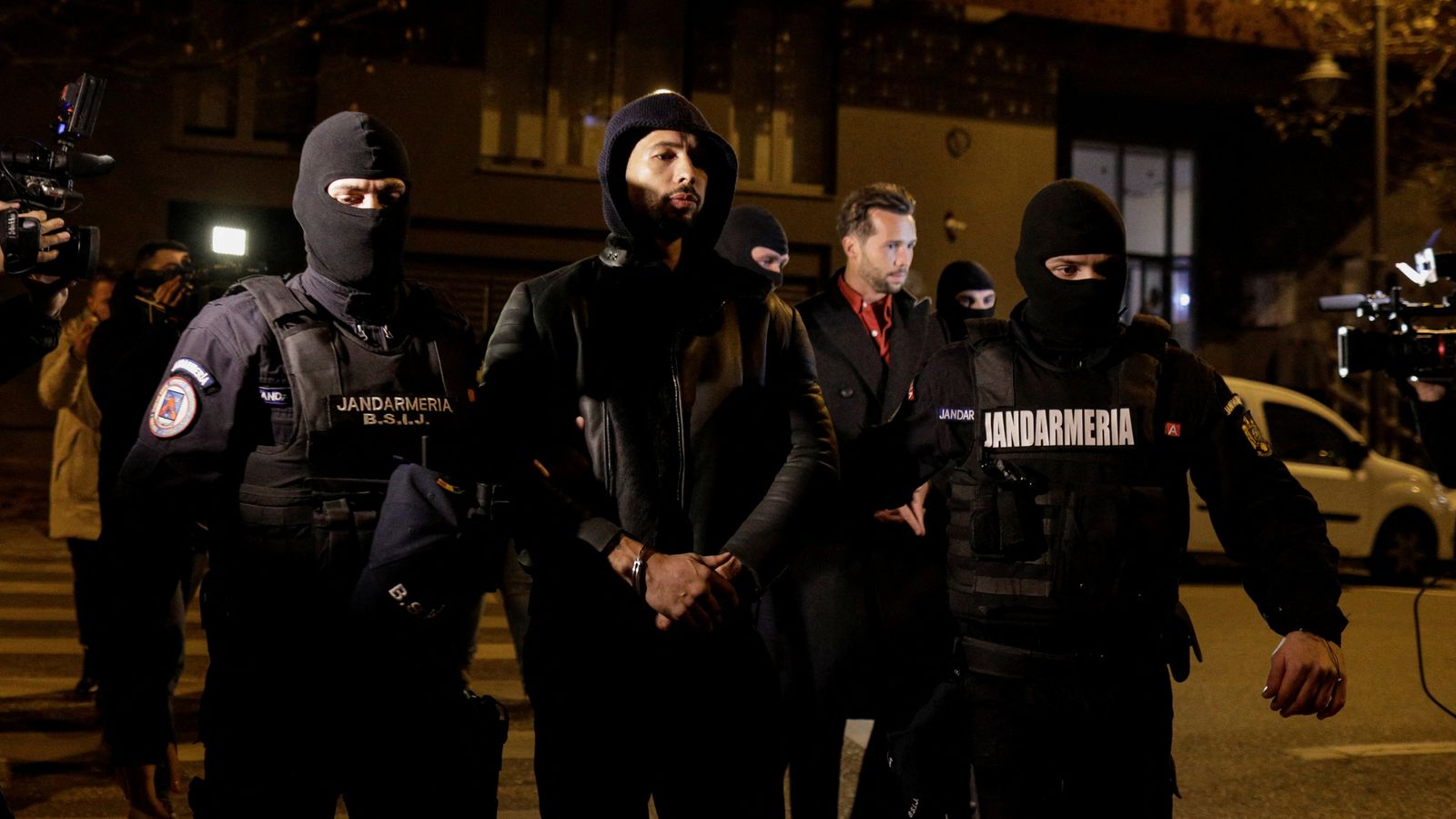 Social media influencer Andrew Tate has been arrested in Romania on suspicion of human trafficking, rape and forming an organised crime group, prosecutors have confirmed.

The 36-year-old British-American and his brother Tristan were arrested on Thursday evening and will be detained for 24 hours alongside two Romanian suspects, prosecutors in the country said.

“The four suspects… appear to have created an organised crime group with the purpose of recruiting, housing and exploiting women by forcing them to create pornographic content meant to be seen on specialised websites for a cost,”
prosecutors said.

“They would have gained important sums of money.”

The brothers, who have been under criminal investigation since April, have declined to comment, but their lawyer confirmed they had been detained.

Tate, a former kickboxer, was banned from Twitter in 2017 for his misogynistic views and hate speech but reinstated last month.

He still has a presence on other social media platforms – on TikTok, for example, he has been banned from having an account but content posted under the hashtag Andrew Tate has been viewed billions of times.

Tate first rose to fame in 2016 for being removed from the reality TV show Big Brother after a video appeared to show him attacking a woman with a belt – he claimed the clip was edited.

He has suggested rape victims “bear some responsibility” for being attacked and has described women as “property” belonging to men.

He has also described how he would violently assault a woman for accusing him of cheating, saying he would “bang out the machete, boom in her face and grip her by the neck”.

As a result, concerns have been raised about his influence on young people, particularly young men.

Tate has denied holding misogynistic views and accused his critics of “twisting facts”, although he has also described himself as the “king of toxic masculinity”.

Earlier in the week, Tate sparked a row with climate campaigner Greta Thunberg on Twitter when he shared a picture of himself standing next to a Bugatti and saying he owned 33 cars.

“Please provide your email address so I can send a complete list of my car collection and their respective enormous emissions,” he tweeted, tagging Ms Thunberg.

Ms Thunberg responded by saying: “Yes, please do enlighten me”, adding a fake email address mocking him and ending with the words “getalife.com”.