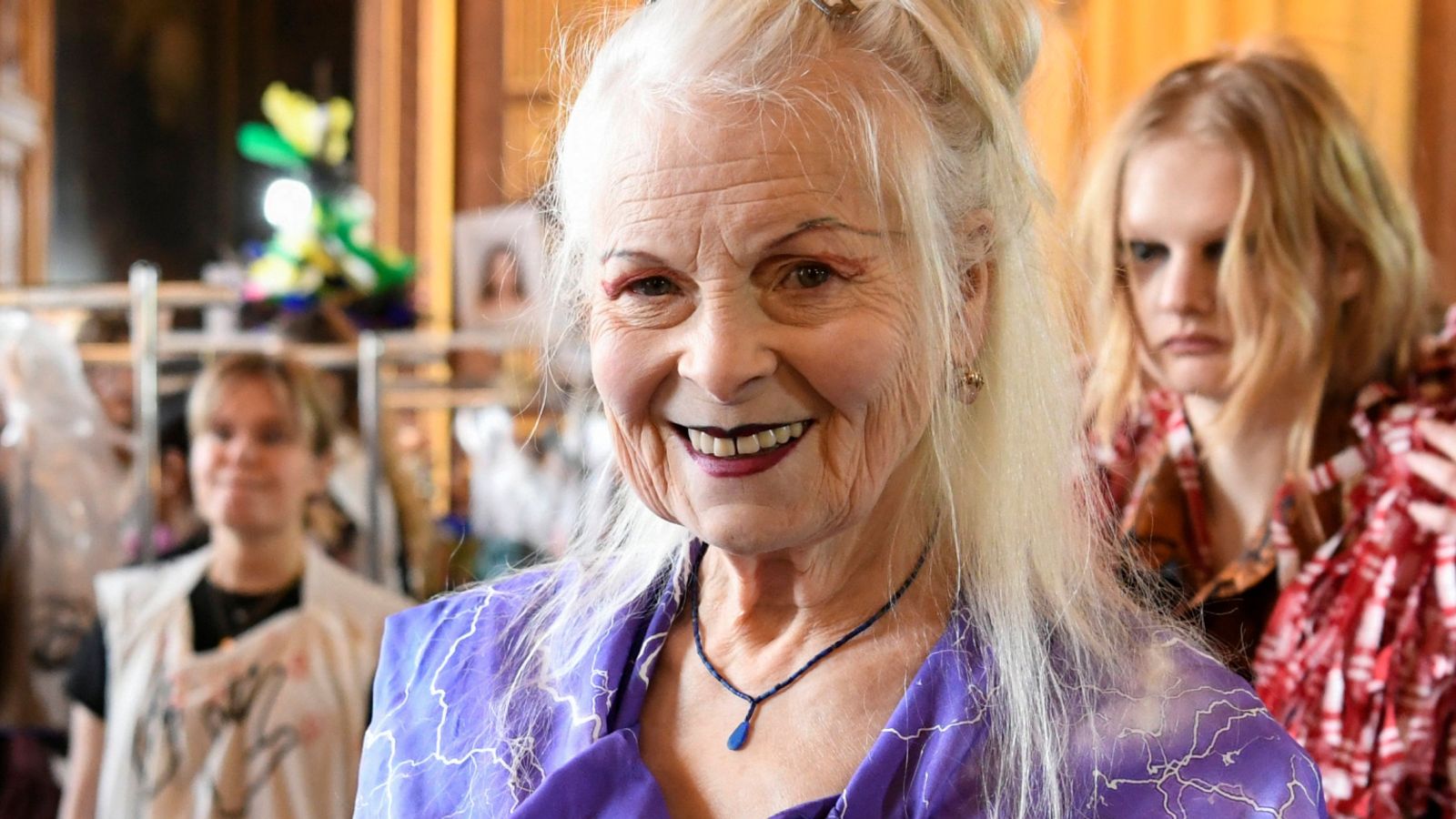 A statement said she died on Thursday in London, surrounded by her family.

Dame Vivienne found fame in the 1970s when she brought punk fashions into the mainstream, running a boutique on London’s King’s Road alongside Sex Pistols manager Malcolm McLaren.

She went on to establish a global fashion brand which today has stores in the UK, France, Italy, America and Asia.

“Vivienne Westwood died today, peacefully and surrounded by her family, in Clapham, South London. The world needs people like Vivienne to make a change for the better,” her fashion house tweeted.

Her husband and creative partner Andreas Kronthaler said: “I will continue with Vivienne in my heart.

“We have been working until the end and she has given me plenty of things to get on with. Thank you darling.”

The Derbyshire-born designer was also well known for her campaigning – standing up for issues such as pollution and climate change, as well as supporting WikiLeaks founder Julian Assange. 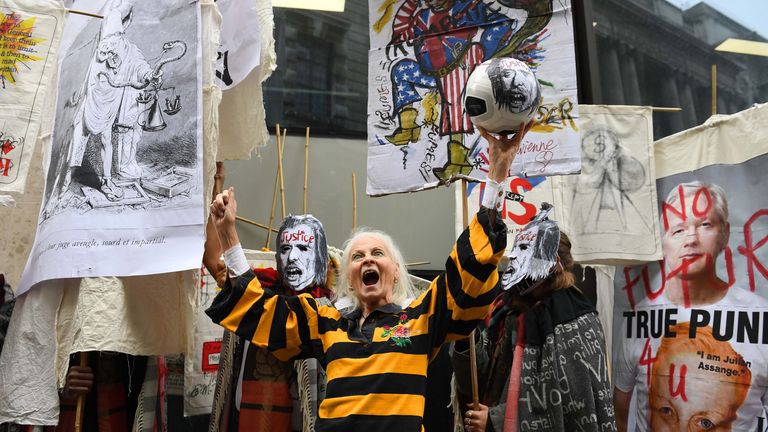 She once dressed up as Margaret Thatcher for a magazine cover and drove a white tank near the home of former prime minister David Cameron to protest against fracking.

Dame Vivienne also showed her rebellious nature when receiving an OBE from the Queen in 1992.

She turned up without underwear – a fact she revealed with a twirl of her skirt for photographers.

“The only reason I am in fashion is to destroy the word ‘conformity’,” she said in her biography.

“Nothing is interesting to me unless it’s got that element.”

The designer was recognisable to many for her dyed orange hair – a nod to the punk aesthetic she helped popularise.

“There was no punk before me and Malcolm,” she said in her biography. “And the other thing you should know about punk too: it was a total blast.”

She regularly appeared on the catwalk to showcase her work, with supermodel Naomi Campbell famously falling in a pair of giant Westwood platforms in 1993.

Her career took shape in the 1960s after her family had moved from near Glossop to north London.

She studied jewellery-making and silversmithing before becoming a primary school teacher.

After divorcing her first husband in 1966, with whom she had a son, she started selling jewellery on London’s Portobello Road. 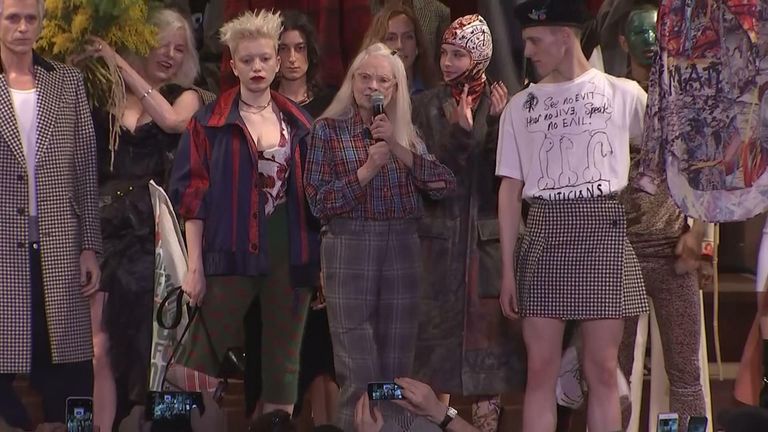 Dame Vivienne on the catwalk

It was there she met future punk godfather McLaren; an encounter than would spawn their influential creative relationship as well as her second son, Joe, co-founder of lingerie brand Agent Provocateur.

“My clothes have a story. They have an identity. They have character and a purpose,” the designer once said.

“That’s why they become classics. Because they keep on telling a story. They are still telling it.”

Dame Vivienne married for a second time in 1993 after meeting Andreas Kronthaler while teaching in Vienna. He later became her creative partner.

Victoria Beckham, who also has a fashion business, was among the first to pay tribute on social media.

She wrote: “I’m so sad to learn of the passing of legendary designer and activist Dame Vivienne Westwood. My thoughts are with her family at this incredibly sad time VB.”

US designer Marc Jacobs said he was “heartbroken”.

“You did it first. Always. Incredible style with brilliant and meaningful substance,” he wrote on Instagram.

Singer Boy George tweeted that Dame Vivienne was “great and inspiring” and called her “the undisputed Queen of British fashion”.

The Victoria and Albert Museum called her a “true revolutionary and rebellious force in fashion”.

Culture Secretary Michelle Donelan tweeted that the designer was “a towering figure in British fashion” who “rewrote the rule book in the 1970s”.