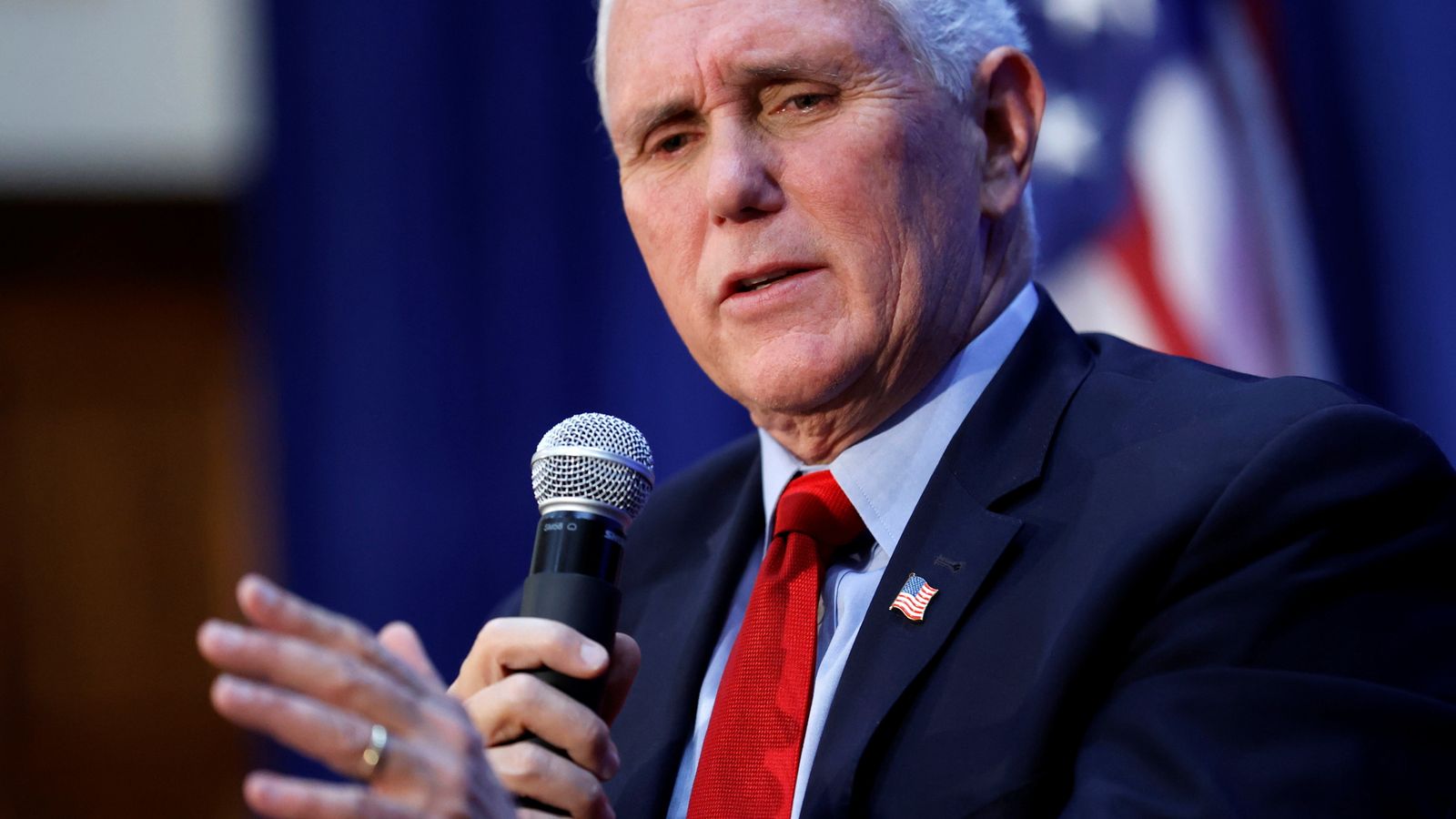 A filing to the Federal Election Commission appeared to reveal Mike Pence will run for US president in 2024.

But Devin O’Malley, a spokesperson for Mr Pence, said the former vice president had not filed.

A second source from his team told NBC News “this is not real”.

A document was filed on the FEC website, appearing to announce Mr Pence had filed his statement of candidacy. However, the FEC form does not appear to reflect his actual legal name – Michael Richard Pence.

The former VP has said for months he would make a decision in the new year on running after consulting with his family.

It is unclear who is responsible for the FEC filing.

Donald Trump, who was president between 2017 and 2021, has already announced he will run for a second term.

Mr Trump’s former national security adviser said earlier this month that he is “absolutely” considering a presidential bid, and there is also speculation that Ron DeSantis, who recently coasted to a second term as Florida governor, will also throw his hat in the ring.