The murders of two 16-year-old boys who were stabbed to death just a mile apart in London are linked, according to police.

The two victims have been named as Kearne Solanke and Charlie Bartolo.

Investigators are trying to trace a dark-coloured SUV type vehicle “with distinctive silver roof bars”, seen in the area in the days before and prior to the killings.

The teenagers were found with stab wounds in Titmuss Avenue, Thamesmead, and Sewell Road, Abbey Wood, on Saturday at around 5.10pm.

Both youths were later pronounced dead.

Detective Superintendent Richard McDonagh said: “I join the community in being saddened and outraged by these senseless murders.”

He said the boys’ families were aware and were being supported by specialist officers. 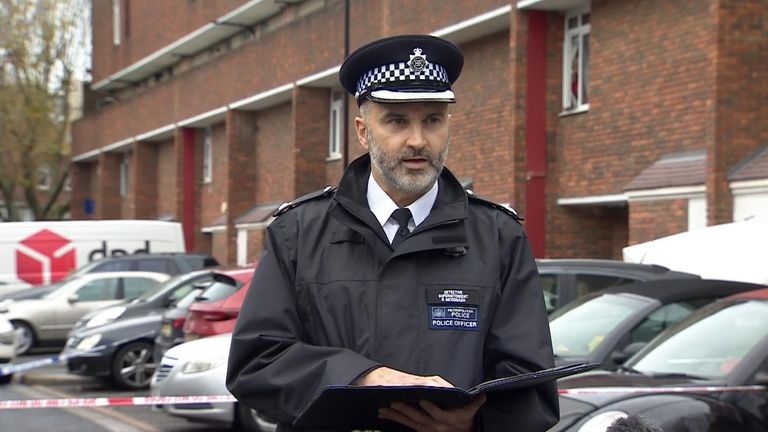 Det Supt McDonagh added: “Homicide colleagues are investigating and are treating the two murders as linked.

“I can assure everybody affected by these murders that skilled detectives will work tirelessly to discover what happened and provide answers to the young victims and families.

“Tackling violence is a priority for the Met.

“Days like today show why our work is so important and why I must ask all again for London communities to work with us and our partners so that we are doing all we can together to prevent such tragedies.”

He said: “Officers are especially keen to hear from anyone who might have seen a dark-coloured SUV or 4X4 type with distinctive silver roof bars in the areas around Sewell Road or Titmuss Avenue in the days before and prior to the murders.

“We have already heard from a number of witnesses and I’m grateful to them.”

The crime scenes remained taped off on Sunday as police continued their inquiries.

Officers later put up a cordon around a black Nissan, which was said to be a “car of interest” in the investigation.

Residents in Titmuss Avenue have spoken of their dismay at the murders.

Bamidele Folorunso, who lives nearby, said: “It is very sad to lose a 16-year-old boy.”

Victor, 30, a football manager, said the stabbing was “not normal” for the area but things have been getting worse in recent years.

He said: “There is a lot of stuff going on on the street with the young kids – it’s due to the lack of youth centres.

“There is not really a place where kids say ‘this is a safe environment’.

“I’ve got three kids. I went and told my partner (about the stabbing) and she said ‘I want to get out of here’.”

Gillian Southwest, 48, who also lives on the road, said: “It is terrible. I have lived here for 28 years.