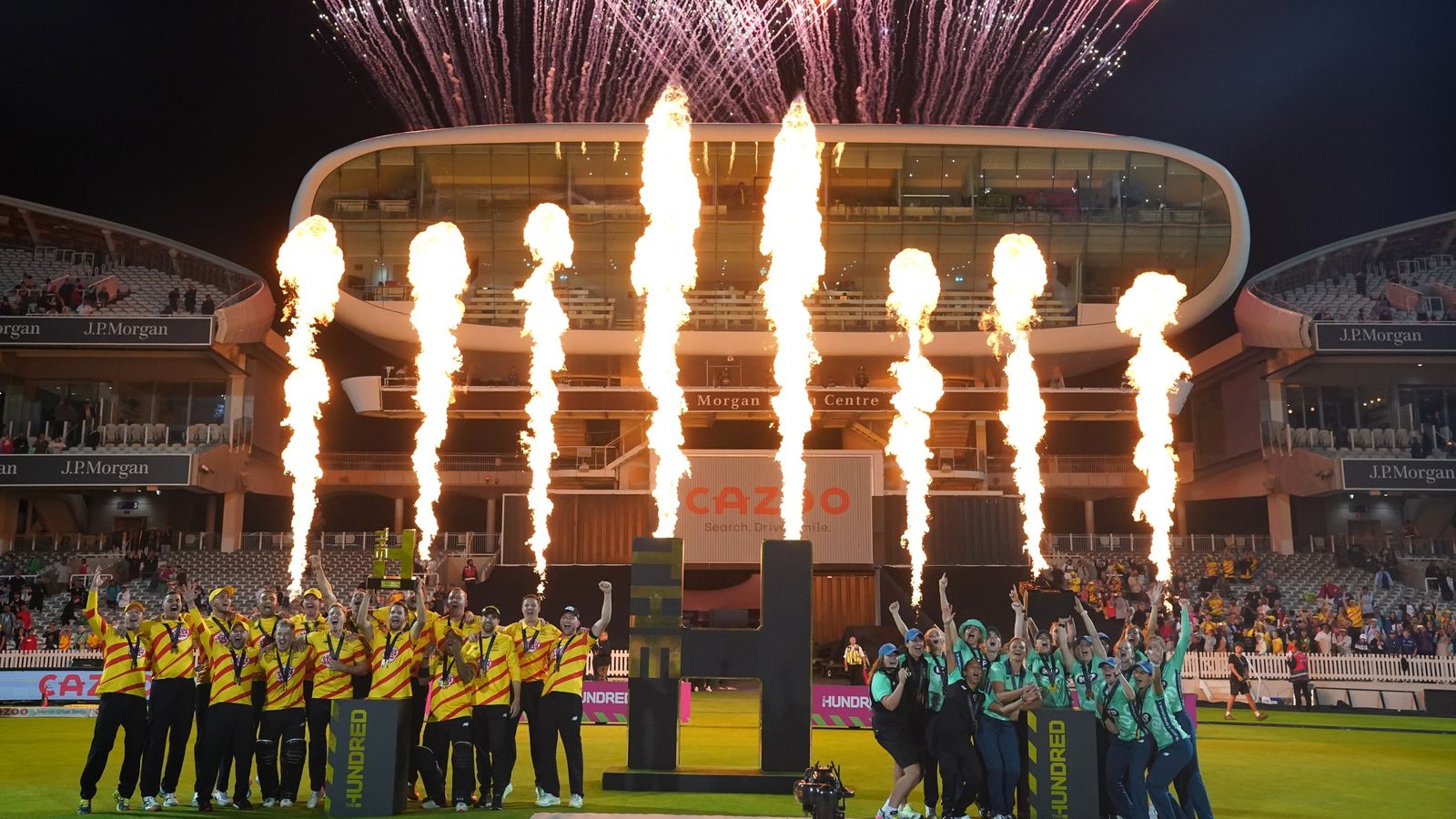 The England and Wales Cricket Board (ECB) has received a £400m private equity approach that would see it relinquish majority ownership of The Hundred while raising funds to inject into the sport’s cash-strapped counties.

Sky News has learnt that the governing body has in recent weeks been handed an offer from Bridgepoint Group, the London-listed buyout firm, to buy a controlling stake in the newest format of the game.

A source close to the ECB said this weekend that Bridgepoint had proposed buying a 75% stake in The Hundred, potentially injecting £300m of new money into English cricket.

Allan Leighton, the serial company chairman who has worked with Bridgepoint on a number of its investments, is said to have been working with the firm on developing its proposed offer.

A bid was unlikely to succeed at the current time, the source added.

If the deal were to progress, each of the 18 counties which make up the sport’s domestic bedrock would receive a substantial sum at a time when many of them have seen their financial struggles deepen in the wake of the COVID-19 pandemic.

One insider described the offer from Bridgepoint as “game-changing”, and suggested it was likely to win widespread support from county chairs.

More on The Hundred

The ECB’s response, however, is expected to be cooler, with a new leadership team likely to adopt a more sceptical approach to handing over control of the sport’s newest money-spinner.

Richard Thompson, the former Surrey County Cricket Club chairman, was recently installed as the ECB chair, saying he wanted it to become “the UK’s most inclusive sport”.

He has overseen the appointment of his former county colleague, Richard Gould, as the governing body’s new chief executive.

Mr Gould, a former chief executive of Bristol City Football Club, was an outspoken critic of The Hundred during his tenure at Surrey.

Coincidentally, the 2022 edition of the 100-ball format saw the Oval Invincibles – based at Surrey’s home ground – win the women’s tournament, while the Trent Rockets were crowned men’s champions.

According to the ECB, more than 500,000 people attended matches across this year’s competition, with a record 271,000 attending women’s matches.

More than 14m watched at least some of the tournament on Sky Sports – which shares a parent company with Sky News – and the BBC, the ECB added.

“The Hundred is all about welcoming more people into cricket, and it has delivered on that again this year.”

Bridgepoint’s interest in taking control of The Hundred would be designed to “turbocharge investment” into English cricket, and especially into developing the women’s game, according to one person familiar with its offer.

The private equity firm has a long track record of investing into elite sport, having owned MotoGP for years as well as InFront, the media rights agency which helped to orchestrate the commercial development of the Winter Olympics.

More recently, it proposed a deal that would have seen it invest in the Women’s Super League in football, although talks failed to result in a formal agreement.

Bridgepoint’s offer for The Hundred has emerged at a time when deep-pocketed Indian Premier League (IPL) franchises prepare to snap up leading English players including the England test captain Ben Stokes and his predecessor, Joe Root.

The county game’s finances have been parlous for many years, with many sceptical that 50-over cricket will survive in the long term.

Earlier this month, England were crowned T20 World Champions after beating Pakistan in the final in Melbourne, Australia.