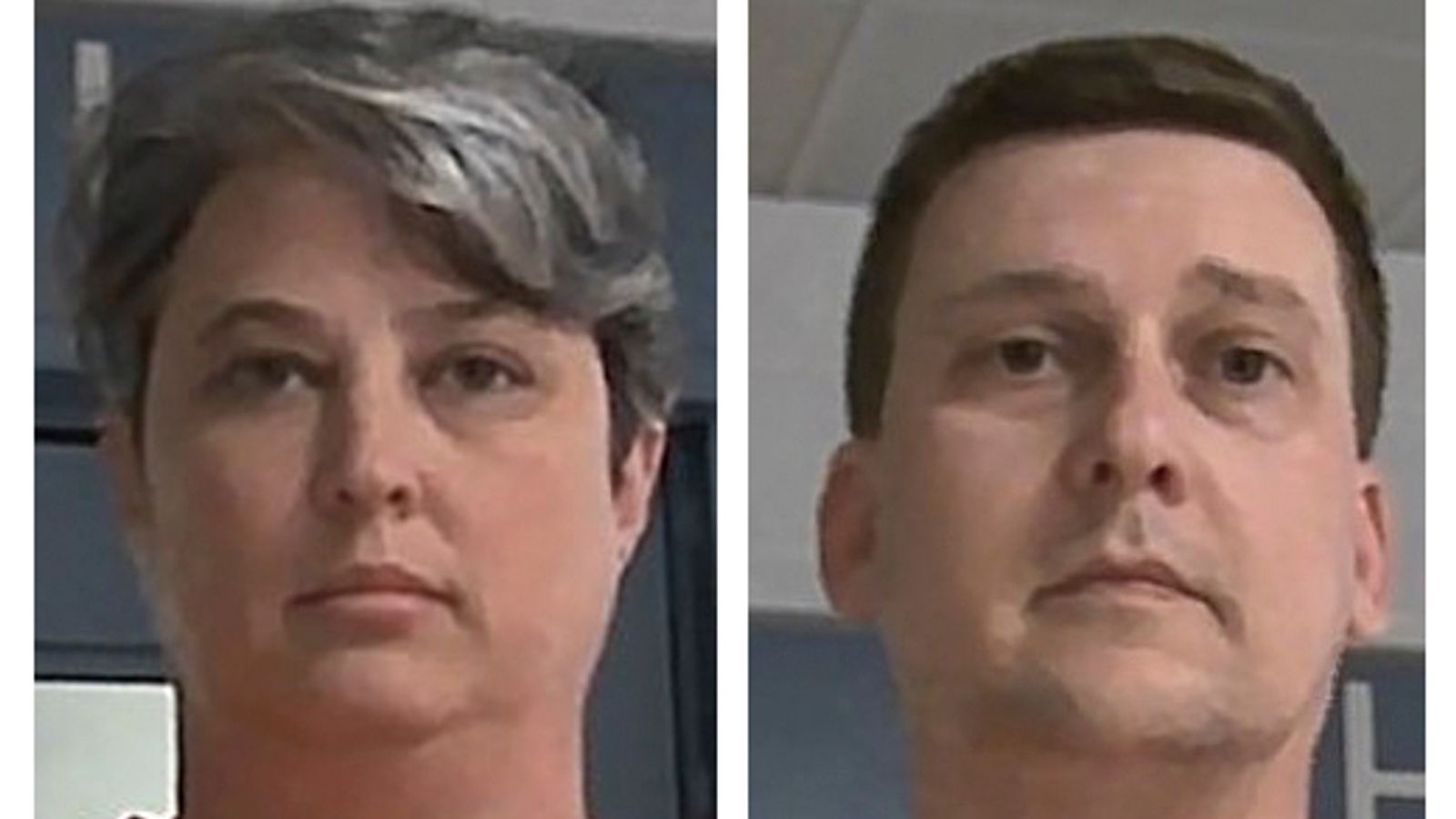 A US Navy engineer and his wife who sold secrets about nuclear submarines to an undercover FBI agent posing as a representative of a foreign government have been jailed.

Citing the “great danger” the couple posed to national security, US District Judge Gina Groh sentenced Jonathan Toebbe to more than 19 years and his wife, Diana Toebbe, to nearly 22 years in prison.

The couple, from Annapolis, Maryland, had argued that their mental health struggles and alcohol issues made them anxious about America’s political climate, which was why they sold secrets in exchange for $100,000 (£88,000) in cryptocurrency.

Sentencing them in Charleston, West Virginia, on Wednesday, Judge Groh said their tale “reads like a crime novel or a movie script” and that Jonathan Toebbe’s “actions and greedy self-serving intentions placed military service members at sea and every citizen of this country in a vulnerable position and at risk of harm from adversaries.”

Diana Toebbe, who admitted acting as a lookout for her husband and, received an enhanced sentence for trying to send her husband two letters from jail.

Her sentence was increased from just three years to over two decades.

The letters, which were read in court, were intercepted before they could be delivered.

‘Right out of the movies’

In one of them, which Mrs Toebbe told her husband to flush down the toilet after reading, she encouraged him to lie about her involvement in the scheme and say she “didn’t know anything about any of this.”

The judge said she lacked genuine remorse and didn’t take responsibility for her actions.

“This is an exceptional story, right out of the movies,” Judge Groh said.

Prior to sentencing, Jonathan Toebbe described his battles with stress and alcohol.

“I believed that my family was in dire threat, that democracy itself was under collapse,” he said.

The 44-year-old claimed that belief overwhelmed him and caused him to feel he needed to take “precipitous action to try to save them from grave harm.”

Prosecutors said Mr Toebbe abused his access to top-secret government information and repeatedly sold details about the design and performance of Virginia-class submarines to someone he believed to be a representative of a foreign government but was really an undercover FBI agent.

Ms Toebbe, 46, who was teaching at a private school in Maryland at the time of the couple’s arrest last October, admitted she acted as a lookout at several prearranged “dead-drop” locations where memory cards containing the secret information were left behind.

The memory cards were concealed in objects such as a chewing gum wrapper and a peanut butter sandwich.

None of the information was classified as top secret or secret, falling into a third category considered confidential, according to previous testimony.

During a hearing last December, Diana Toebbe’s attorney, Barry Beck, said the couple were looking to flee America due to their contempt for then-President Donald Trump.

During a search of the couple’s home, FBI agents found a rubbish bag of shredded documents, thousands of dollars in cash, valid children’s passports and a “go-bag” containing a USB flash drive and latex gloves, according to previous testimony.

The FBI said the scheme began in April 2020, when Jonathan Toebbe sent a package of Navy documents to a foreign government and said he was interested in selling operations manuals, performance reports and other sensitive information.

That package was obtained by the FBI in December 2020 through its legal attache office in an unspecified foreign country, setting off a months-long undercover operation.

An FBI agent posing as a foreign government’s representative contacted Toebbe, ultimately paying in cryptocurrency for the information he was offering.

Grieving mother of boy who died with Strep A describes symptoms – as another child dies with infection
‘It was shocking to see the material was that bad’: Friend of girl who died from self-harm hits out at social media
Army may be deployed to ease possible strike disruption over Christmas
Giroud and Mbappe both break records as France reach World Cup quarters
Mexico win, but late Saudi Arabia goal knocks El Tri out of World Cup