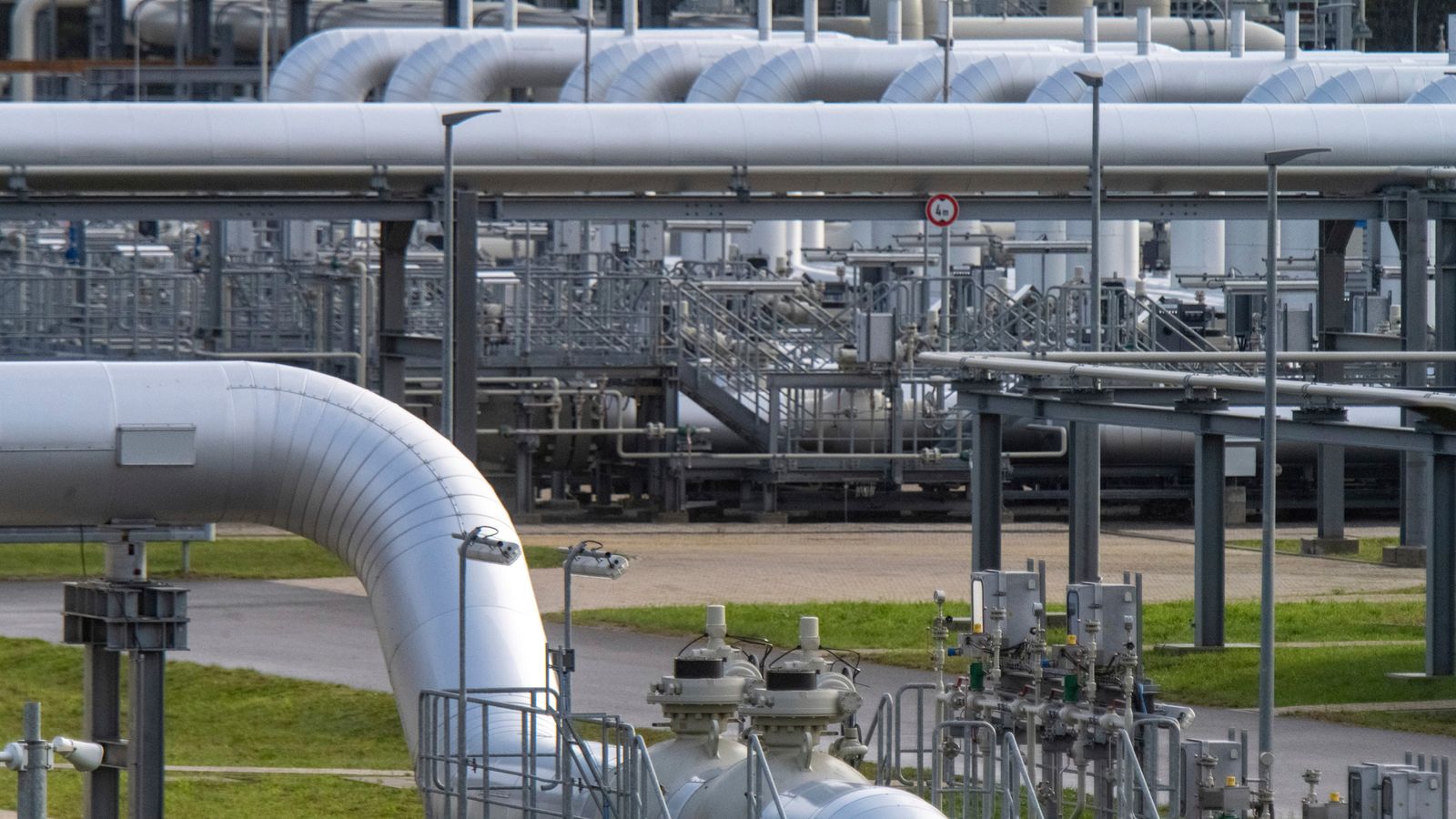 A fourth leak has been reported on the Nord Stream gas pipelines.

Swedish coastguard told the newspaper Svenska Dagbladet it had found the leak on Nord Stream 2 earlier this week.

It comes after three other leaks were reported on the pipelines – which run from Russia to Germany – with sabotage widely suspected.

The other two are in Denmark’s zone.

They said the mines could have been lowered on a long line, dropped over a boat or placed next to the pipelines with an underwater drone.

The European Union also believes sabotage is to blame but Russia has said accusations it is responsible are “predictable” and “stupid”.

Its foreign ministry also claimed the leaks occurred in an area controlled by US intelligence, according to RIA Novosti news agency.

Neither of the pipelines were in use at the time of the suspected explosions but they were still filled with gas that has been spewing into the sea.

Nord Stream 2 runs from Russia to Germany and had been due to carry gas to Europe until Russia invaded Ukraine and Germany refused a licence.

The first leak was detected on Monday morning about 14 miles (23km) southeast of Denmark’s Bornholm Island.

On Tuesday, two more leaks were reported on the parallel Nord Stream 1 line, and today the Swedish coastguard revealed there were in fact four leaks.

Bjorn Lund, a seismologist with Uppsala University, told broadcaster SVT: “There is no doubt that these were explosions.”

In response, Norway has said its military will be more visible at its own oil and gas installations.

Read more:
‘Sabotage’: What we know about the Nord Stream leaks and who was behind them

Danish foreign minister Jeppe Kofod said the damage to the pipelines was “intentional, not an accident” and that it should concern the whole of Europe.

He told Sky News: “This is unprecedented – we haven’t seen that kind of attack or sabotage on critical European energy infrastructure.

“We do not take this very easy – it’s something we are working closely on with allies in the EU and NATO.”

Mr Kofod stressed it was important to allow investigations to take place before apportioning blame.

Experts say teams with underwater drones will likely be sent to investigate, but that it could take a week or so before it’s safe enough to do so.

Sky correspondent Alex Rossi said there are still some doubts about whether Russia would really resort to damaging the pipelines through which it sells its gas.

“Although you can see a benefit for the Russians in the sense that it makes energy prices go up [and] it creates political instability in European counties that are supporting Ukraine, it also is a bit of an own goal because they own the pipeline.

“Vladimir Putin could also just turn off the taps on and off. He doesn’t actually need to blow up the infrastructure.”

Number of landlords selling up rises by nearly 13% in four months
Peter Kay in tears as he gets standing ovation at start of comeback gig
‘It was shocking to see the material was that bad’: Friend of girl who died from self-harm hits out at social media
Labour wins Chester by-election by decisive margin
Woman abducted as a baby reunited with family 51 years later