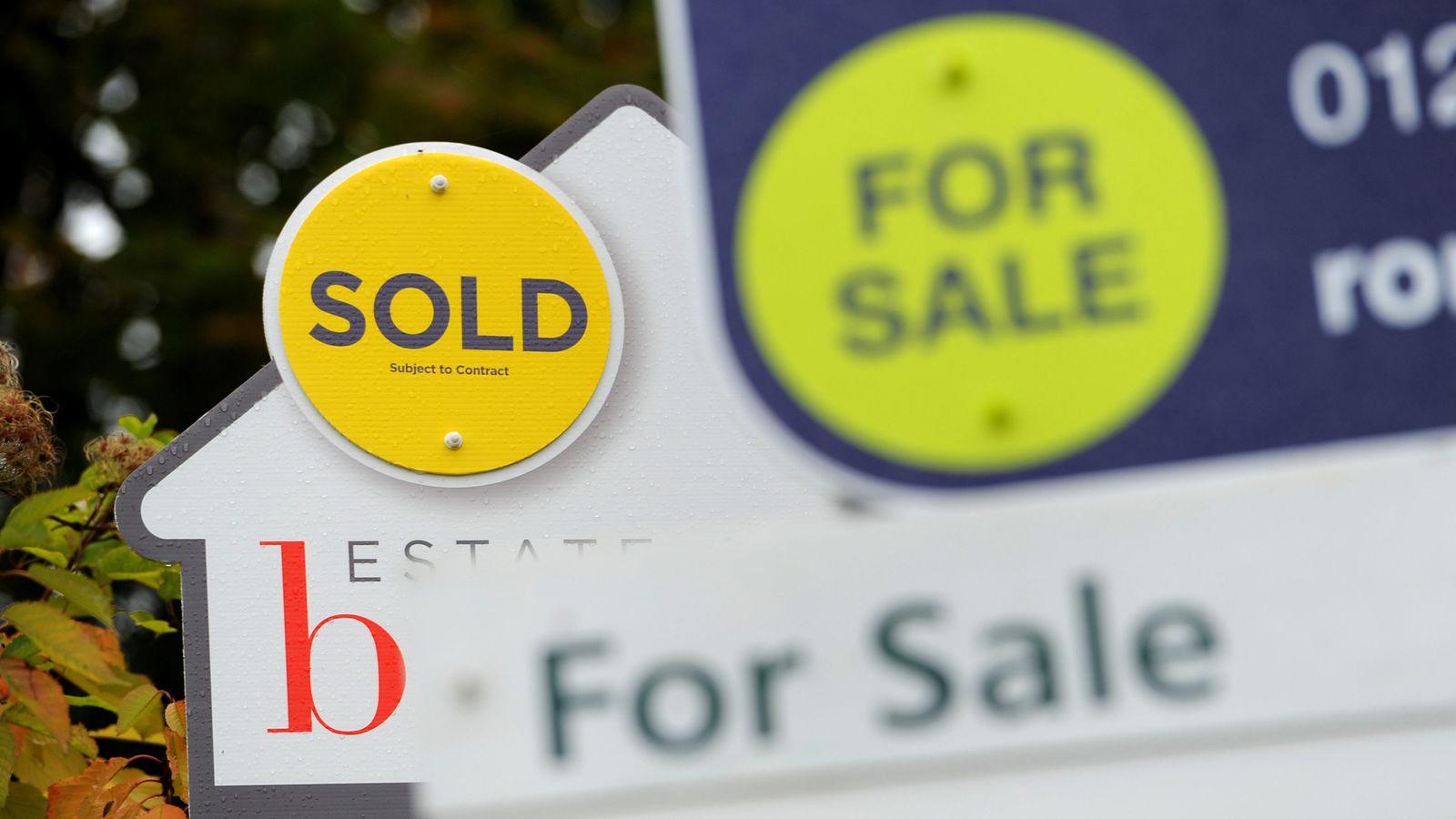 Two more of the biggest mortgage providers have suspended mortgage deals as the Bank of England signalled it would raise interest rates to rein in inflation after the chancellor’s mini-budget.

Santander and HSBC withdrew mortgage products on Tuesday as the Bank’s chief economist indicated it would hike interest rates to new highs in November and the cost of UK government borrowing rose.

Nationwide announced a price increase in its two, three, five and 10-year fixed rates by between 0.90% and 1.2% from Wednesday. Existing customers looking to switch to a new deal would have lower increases, of 0.55% to 0.85%, the lender said.

The announcements came after Halifax, the biggest mortgage lender in the country, withdrew fee-paying mortgages, where customers pay a fee for a lower interest rate, on Monday. Together, Santander, HSBC and Halifax parent company Lloyd’s, make up about half of the UK mortgage market.

The pound fell to record lows against the dollar on Friday after Chancellor Kwasi Kwarteng announced extensive tax cuts funded by government borrowing in a mini-budget.

On Tuesday, Huw Pill, the Bank of England’s chief economist, said the mini-budget would require “a significant monetary policy response”.

“I think it’s hard not to draw the conclusion that all this will require a significant monetary policy response. Let me leave it there,” Mr Pill told the International Monetary Policy Forum.

Santander is to temporarily remove its 60% and 85% loan to value (LTV) products from the market and announced increased rates for new and existing customers, which are to be in place from 10pm on Tuesday. Customers who have already applied before that time will not be affected.

“We continually review the products we offer in light of market conditions,” Santander said.

In all, there are about 365 fewer mortgages on offer on Tuesday than there were on Friday, according Money Facts, a financial information company.

Yorkshire Building Society will also withdraw its range of mortgages from new customers at 8pm on Tuesday “as a result of the current volatile market conditions”.

All applications submitted before that deadline will continue while existing customers coming to the end of their current deal will still have access to the product transfer range.

Energy support scheme cash potentially at risk as gas boss warns more suppliers could go bust
Big advertisers including Amazon returning to Twitter, says report
Russian oil sanctions are about to kick in. And they could disrupt markets in a big way
Supercar-maker McLaren in talks with investors about £250m fundraising
Defying forecasts, crude oil prices have wiped out most of this year’s gains and could head lower