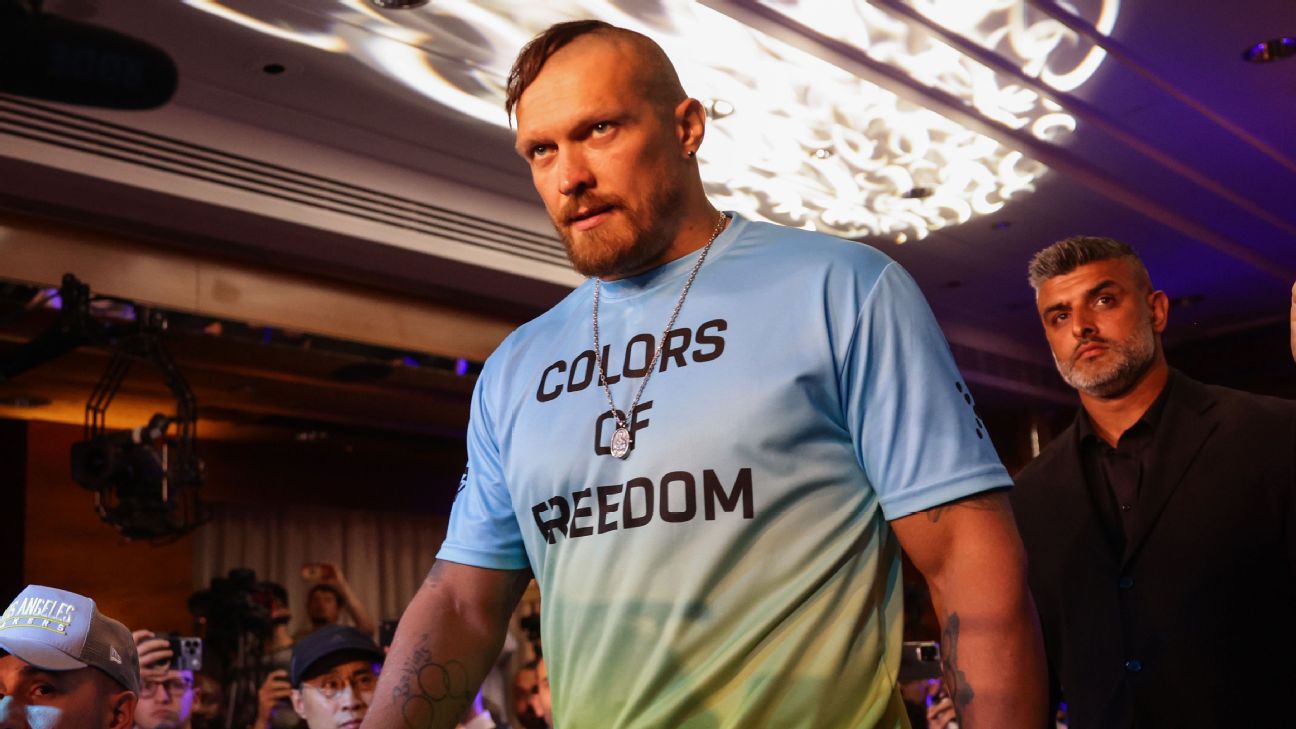 Oleksandr Usyk has said he will return to Ukraine following the first defence of his WBA, IBF and WBO heavyweight title belts against Anthony Joshua in August.

Joshua triggered the rematch clause after the fight, but hopes of scheduling the follow-up event had been in doubt after Usyk, who is from Ukraine, remained in his native country following Russia’s invasion in February. However, his promoter, Alexander Krassyuk, announced in March he had left the country in order to prepare for the rematch.

Speaking about the conflict on Wednesday for the first time since he left Ukraine, Usyk said he plans to return to the country immediately after the fight in August.

“My family is not in Ukraine but a lot of people I know, a lot of my close friends, are inside of the country. I’m in touch with them every day. I am asking them, it’s very interesting for me how they’re feeling. Are they in a safe place?” he said.

Usyk said he would not fight in the Ukrainian military when he returns home in August, adding it would not impact a potential heavyweight unification bout with WBC champion Tyson Fury, which he said he would be interested in should he keep hold of his three world title belts.

He did not need permission to leave Ukraine in March because of an exception in the law for parents of three or more children under the age of 18.

In the first weeks of the conflict, Usyk spent time with a territorial defence battalion in Kyiv and said a visit to a hospital helping wounded Ukrainian soldiers convinced him to return to boxing.

“I really didn’t want to leave our country, I didn’t… want to leave our city,” he said. “At one point I went to the hospital where soldiers were wounded and getting rehabilitation from the war and they were telling me, asking me to go, to fight [in boxing], to fight for the country, fight for your pride and if you’re going to go there, you’re even going to help more for our country instead of it being here and fighting inside of our country.”

Usyk will become the latest Ukrainian athlete to compete in an international sporting event since the February invasion.