MPs, still in shock by the events of last week, will later pay tribute in the Commons to their much-admired colleague Sir David Amess, following his brutal killing with an as-yet-unknown motive.

The sentiment expressed by some who have spoken to Sky News over the weekend – regardless of party, or which area they represent – is that it could have happened to any of them.

But what are the lessons to take from this tragedy in terms of how MPs operate? There are many and some are conflicting.

The home secretary asked all police forces to contact MPs over the weekend to discuss their arrangements – and made clear that the wider use of plain clothes officers is under review.

Priti Patel is known to be concerned that the response by police forces is patchy. Some MPs have horrifying stories alleging that their police forces have not taken threats seriously.

But – despite the risks – not all MPs want to take steps which would detach them from their constituents.

Justice secretary Dominic Raab told Sky News this morning that he felt having plain clothes police at his surgeries would have a “chilling effect” but he would understand if other colleagues wanted to.

Mr Raab said people coming to see MPs can be vulnerable and many will have needed to work up the courage to do so – you do not want to add to that sense of “foreboding”, he added.

Stephen Roberts, former deputy assistant commissioner of the Metropolitan Police, said extra security measures would have to involve a negotiation with MPs and there is little you can do if they refuse protection.

The home secretary and House of Commons Speaker Lindsay Hoyle – who are meeting today to discuss the issue – are clear they want immediate changes to help MPs feel safer and these may not be the same for all MPs and their staff.

But the debate is already spreading far more widely. Many MPs have raised the issue of the abuse and vilification online, and called for legislation to force anonymous accounts to be identified. 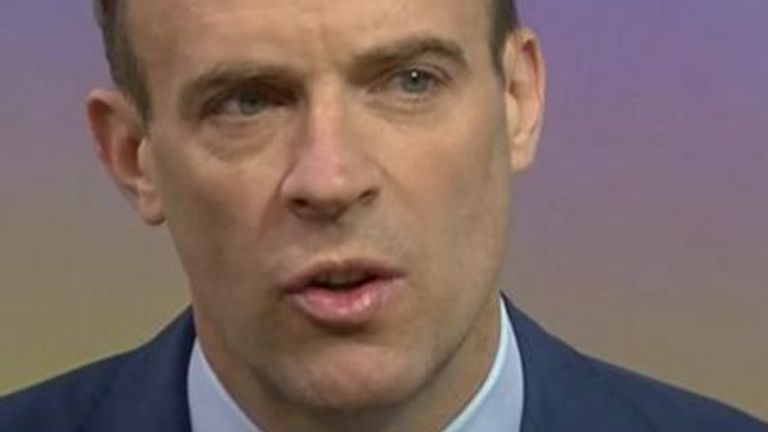 The justice secretary told Sky News that the “elephant in the room” was online hate, which he said was “out of control” particularly for some female MPs – and can be linked to violent threats.

It is not clear that is an issue in the case of Sir David Amess, where the suspect appears to have been previously flagged to the Prevent counter-terrorism programme. That programme is subject to much-delayed review into its effectiveness.

The role of the police, social media and the methods to root out extremists will all be in the spotlight, but on a day-to-day basis it will be for MPs to decide how to strike the balance.

European rugby teams stuck in SA after positive COVID tests
Omicron variant a ’cause for concern, not for panic’, Biden says
Omicron: All over-18s could be offered booster jabs and gap before third vaccine may be cut
Wish You Were Here: NASA’s Curiosity Rover Sends a Rare Postcard From Mars to Mark 10th Anniversary
Nissan to invest $17.6 billion over next five years to ramp up electric vehicle offering