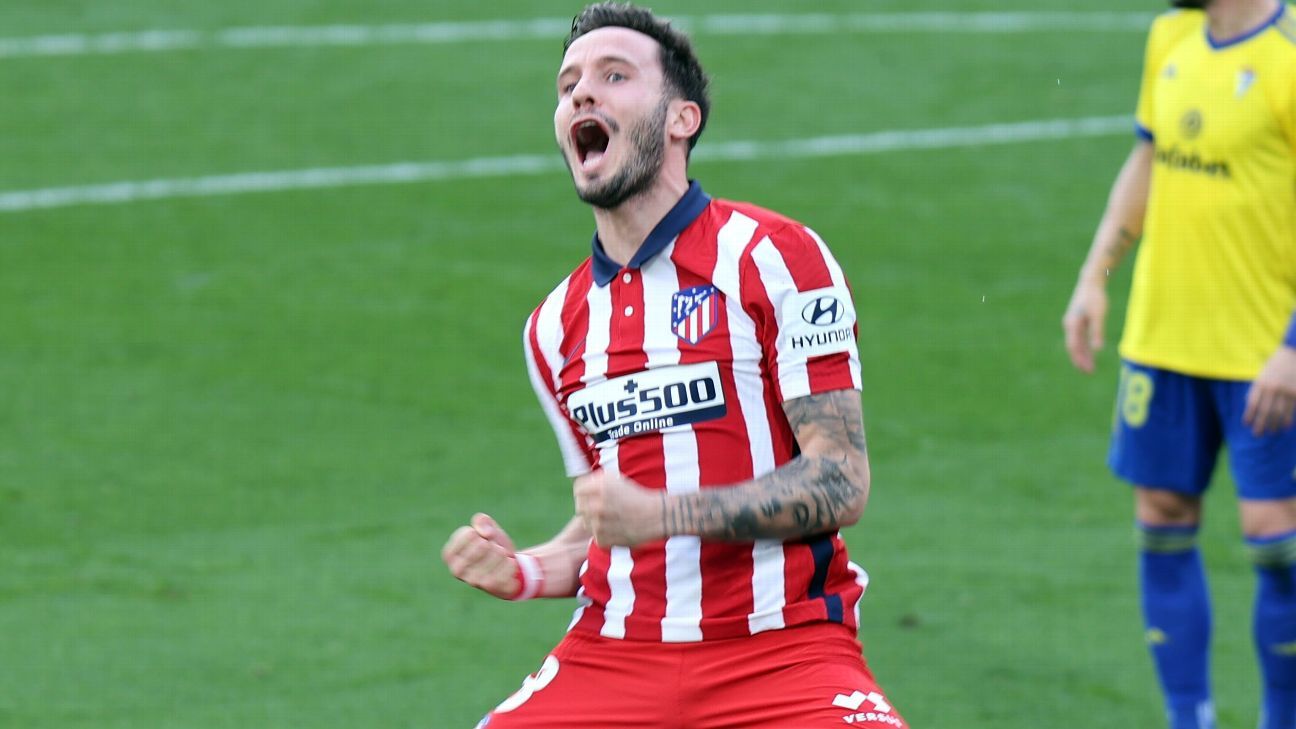 Euro 2020 and the Copa America are over and the summer transfer window is open, leaving Europe’s biggest clubs clear to make a splash in the market. Check out the latest gossip below, and see all official deals here.

Representatives of Atletico Madrid midfielder Saul Niguez are set to fly to England to discuss a move to the Premier League next week, reports the Mirror.

The 26-year-old has been linked with a move away from Atletico in the past few weeks, namely a deal with Barcelona, however one of Liverpool or Manchester United are in line to sign the highly rated midfielder instead.

The Spain midfielder is said to be available for between £35-£40 million despite a £125m buyout clause in his current contract. It is said that Attletico are willing to accept a lower offer in order to offset the financial troubles caused by the pandemic.

Reports suggest that Manchester United are in pole position to sign Saul in an attempt to bolster their squad that has already seen the arrival of Jadon Sancho and the nearly completed deal for Raphael Varane.

As for Liverpool, they are looking to fill the void left by Georginio Wijnaldum, who left on a free at the end of his contract last month. The midfielder was a key part of the Champions League and Premier League winning side but the two parties couldn’t agree a new deal, resulting in the Netherlands international leaving for Paris Saint-Germain.

– Wolves are eyeing a move for Aaron Ramsey, according to Calciomercato, with Juventus willing to let the midfielder go. The 30-year-old has been linked with a move back to the Premier League as Juventus ramp up their efforts to raise funds. Whilst Wolves have enquired about his services, the Wales international is said to be unconvinced by the move and will resist a move away from the Serie A side.

– Internazionale have identified Joaquin Correa as a potential replacement for striker Lautaro Martinez if he is to leave this transfer window. Mundo Deportivo reports that the 26-year-old is of interest to the Serie A club following 11 goals and 6 assists last season with fellow Serie A club Lazio. The link comes as Martinez looks closer and closer to an exit from the Nezazzuri with reports saying Arsenal are interested in the forward.

– There could be a re-uniting of Swiss forces this summer as new Bordeaux boss Vladimir Petkovic is eyeing a move for Switzerland international Ricardo Rodriguez, according to Calciomercato. The two worked together at Euro 2020 this summer, with Petkovic guiding the team to a quarterfinal loss to Spain on penalties. Since then, the manager has stepped down from the international stage and taken over at the Ligue 1 side. In one of his first moves at the club, he is hoping to lure left-back Rodriguez from Torino with the club open to moving him on.

– West Ham United and Everton have been linked with a move for Flamengo forward Gabriel Barbosa, according to the Mirror. The 24-year-old Brazil star has impressed since moving to Flamengo from Inter Milan in January 2020. It is believed a fee of around £40m could be enough to secure Gabigol’s services, who has 15 goals in 17 appearances so far this season.

– Crystal Palace are looking to add Arsenal youngster Reiss Nelson to their squad, according to the Sun. Arsenal legend Patrick Viera has overseen a transition with his new Palace squad this summer, filling key positions and lowering the average squad age considerably. Next on his shortlist is 21-year-old Nelson, who already has top flight experience while on-loan at TSG Hoffenheim. The winger is reportedly not a part of Mikel Arteta’s immediate plans at the Emirates whilst a loan move to Palace would leave some transfer budget for new boss Viera to add a striker to his squad.