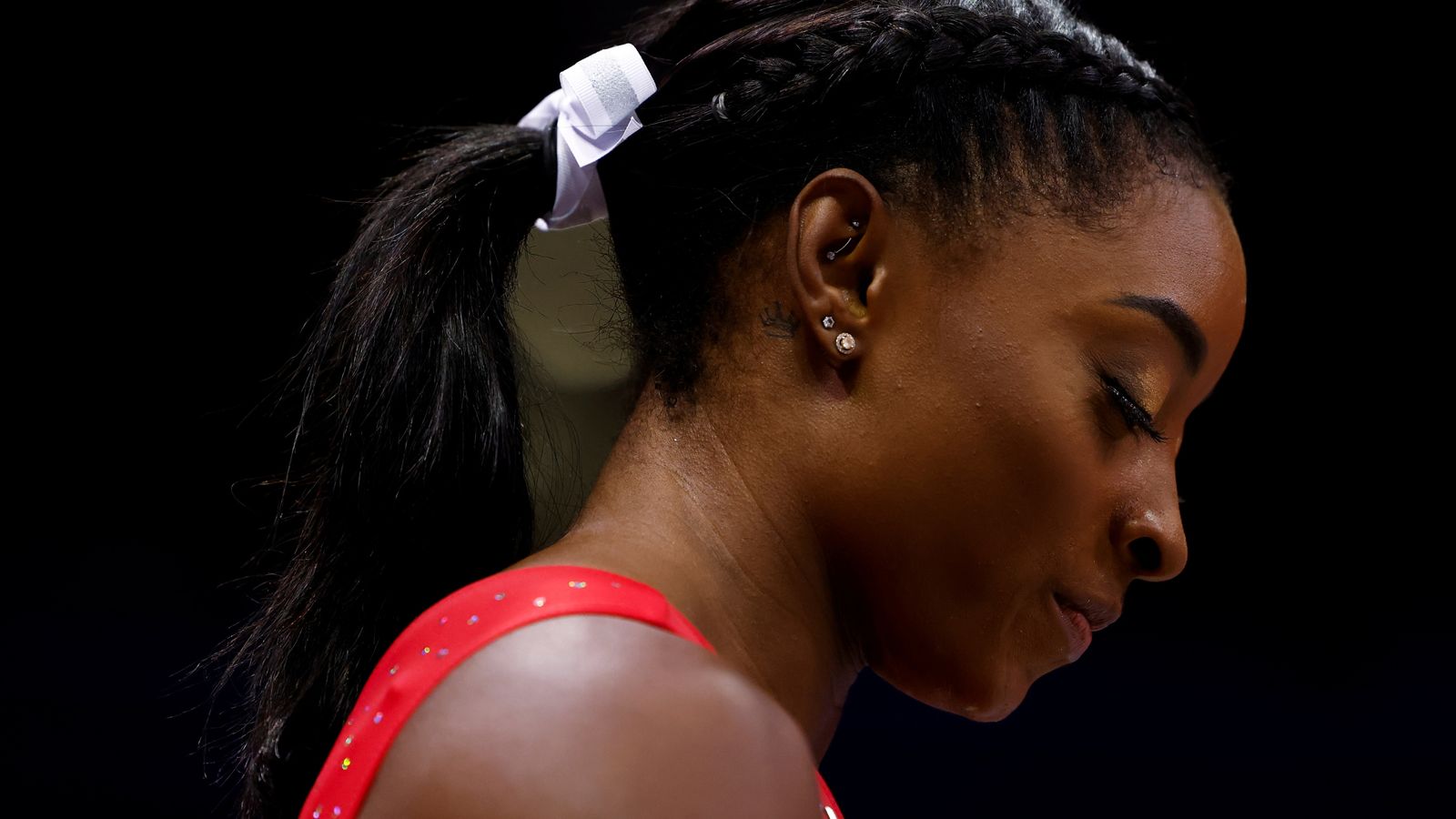 America’s divisions are huge, but the country appears to have come together to support Simone Biles.

The superstar US gymnast, one of the world’s most famous athletes, pulled out of two finals at the Tokyo Olympics – the women’s team final on Tuesday and then Thursday’s women’s all-around competition – to focus on her mental health.

The 24-year-old quit after one rotation of the team final and the US went on to claim silver, behind the Russian Olympic Committee.

She had successfully qualified for the event in first place but a mistake on her opening vault prompted her to leave the arena with a US team medic.

Amid injury fears, Biles returned to the arena to support her team to second place, and later revealed she had made her decision due to a desire to protect her mental health.

And in a statement on Wednesday, USA Gymnastics said: “After further medical evaluation, Simone Biles has withdrawn from the final individual all-around competition.

“We wholeheartedly support Simone’s decision and applaud her bravery in prioritising her well-being. Her courage shows, yet again, why she is a role model for so many.”

But there has been little public condemnation of her withdrawal, with celebrities as disparate as Michelle Obama and former UFC fighter and Olympic judo medallist, Ronda Rousey, declaring their support.

Am I good enough? Yes, I am. The mantra I practice daily. @Simone_Biles, we are proud of you and we are rooting for you. Congratulations on the the silver medal, Team @USA! 🎊

Justin Bieber has said he is “proud” of her, and recalled how he was previously called “crazy” for not finishing a tour but it was “the best thing I could have done for my mental health”.

Perhaps people have listened to teammate Jordan Chiles, who took Biles’ place, when she said the medal was “definitely for her [Biles], because if it wasn’t for her, we wouldn’t be here”.

Her withdrawal was a huge shock across the world, but for Julie Kliegman, Sports Illustrated copy chief, the signs had been there for a while.

When she interviewed Biles, around a year ago, the holder of four golds from the 2016 Rio Games was “deciding whether or not to compete in Tokyo” and admitted the mental challenge was “a lot more difficult” than the physical one.

Her withdrawal “makes sense”, she told Sky News, when you recall that Biles was a survivor of the paedophile US team doctor, Larry Nassar.

“Trauma is a very serious thing and I’m sure she’s dealing with that in her own way,” Kliegman added.

It’s easy to forget the physical risks gymnasts take and Kleigman said that was a big concern.

“She said after one of her vaults that she didn’t really know where she was in the air and that’s incredibly dangerous. If you’re not in the right headspace in gymnastics you’re really putting your body at risk.”

Kliegman is adamant what Biles has done is the opposite of letting down her teammates because “competing when she would’ve been putting her body in danger and risking medal chances, that wouldn’t have been very fair on her team”.

“We’ve seen her on the sidelines, cheering them on and I think what she did is put them in a better position to medal, which they ultimately did.”

USA Gymnastics said Biles is yet to decide whether to withdraw from her four individual finals, which are scheduled to take place next week.

So, does Kliegman think Biles, arguably the greatest gymnast of all time, will compete again at Tokyo?

“At this point I would bet it’s more likely that she would sit them out.

“We’ve seen she’s going to put her well-being first so I think it’s more likely than not that she’ll sit out the remaining events.”