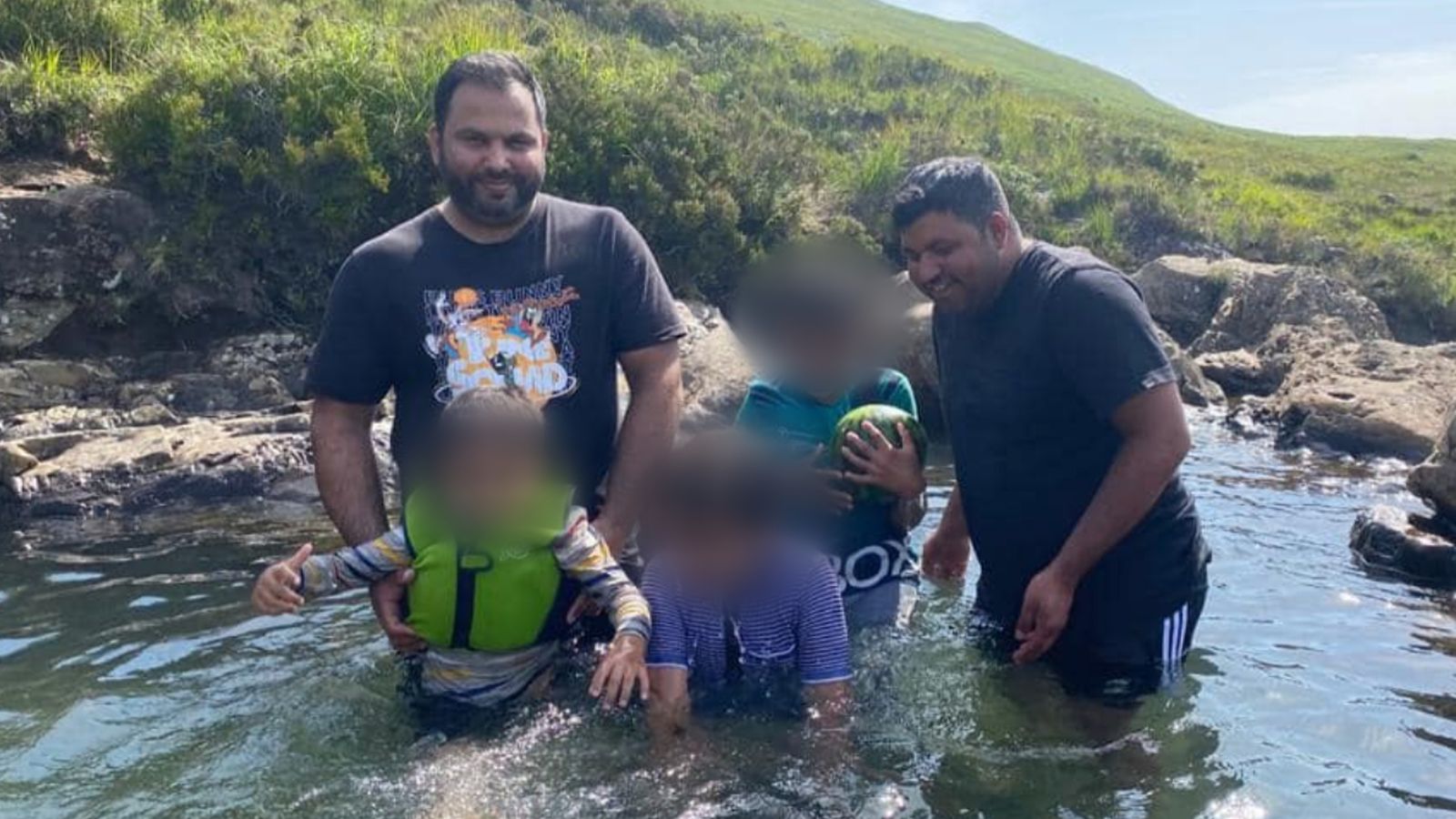 A mother and son and their family friend who died after getting into difficulty in Loch Lomond have been named.

Mr Raza’s seven-year-old son is currently in intensive care at the Royal Hospital for Children in Glasgow.

Waris Ali, Ms Olahova’s husband and Rana’s father, was also on the trip to Pulpit Rock, just south of Ardlui, and survived the tragedy.

Pictures taken hours before the tragedy show the two families laughing as they posed for the camera near the banks of the loch.

Rana could be seen helping an adult steer a boat as they enjoyed a sunny day out on Scotland’s largest loch.

Police Scotland said it was called to reports of concerns for people’s safety in the water at about 6.40pm on Saturday.

The force added: “A multi-agency operation took place and sadly three people were pronounced dead at the scene.”

A 16-year-old boy also died in Loch Lomond on Friday, in the Balloch Country Park area.

Mr Watson added: “First and foremost I want to extend my deepest sympathies to the loved ones of those who have died. I also want to thank all of those involved in the search and recovery operations.

“This has undoubtedly been one of the worst weekends in the national park’s history.”

He added that the park and its partners will reflect on this weekend’s events and discuss “what more can be done by us all to prevent further tragedies in our lochs”.

The families of Mr Olahova, Rana and Mr Raza were made aware of their deaths and the case will now be sent to the procurator fiscal – which investigates all sudden deaths in Scotland.

As well as the four people who died in Loch Lomond, another two have died this weekend in Scotland after getting into trouble in water, bringing the total to six.

Earlier on Saturday afternoon, an 11-year-old died after being found in a river at Alexander Hamilton Memorial Park in Stonehouse, South Lanarkshire.

Just after that, a 13-year-old boy got into difficulty in a river in Hazelbank, South Lanarkshire, and his body was recovered from the water on Sunday.

Drought declared in eight areas of England
Your iPhone can identify any song with just a tap. Here’s how to set it up
Your iPhone may finally show the battery percentage on the home screen again
Donald Trump says he refused to answer questions in New York investigation
Peace of sorts returns to wartorn border between Israel and Gaza – but truce is not a lasting solution