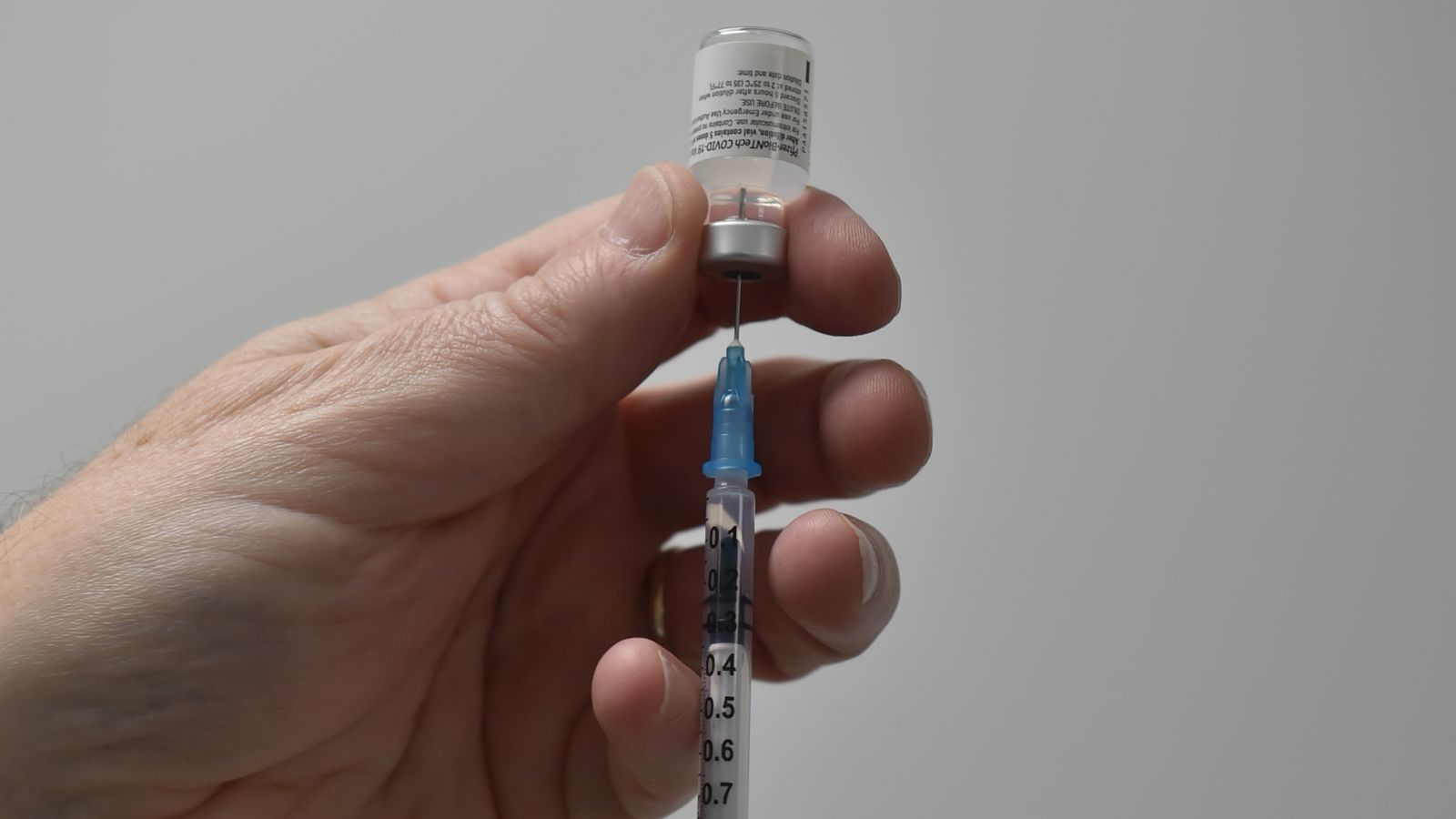 The UK has secured an extra 60 million Pfizer vaccine doses with a view to rolling them out as part of a booster campaign in the autumn, Health Secretary Matt Hancock has said.

Officials have been planning for the possibility of having to boost vaccine protection for the population before the winter.

Live coronavirus updates from the UK and around the world

Mr Hancock, who booked his own first jab earlier, said it would “keep us safe and free”.

He said: “We have been working on a programme of booster shots again for over a year now, and we back some of the only clinical trials in the world looking specifically at booster shots.

“That is all about protecting the progress that we’ve made. We have a clear route out of this crisis, but this is no time for complacency.”

There have been concerns for some time that booster jabs might be needed to protect against new variants and to sustain immunity.

Just over a week ago Mr Hancock told the Commons the government had procured enough vaccine doses to begin booster jabs later this year – adding that new vaccines were being designed to target “variants of concern” – but he did not provide any details about which vaccines would be used.

During the Downing Street news conference at which Mr Hancock made the announcement, the deputy chief medical officer Jonathan Van-Tam said that the number of COVID cases had fallen to levels last seen in September 2020 and that they were nearing the bottom.

He said: “We are in very low levels that are comparable to where we were in September last year. We’re running, as a typical seven day average, just over 2,000 people testing positive per day. My sense is that probably we are at or close to the bottom at the moment in terms of this level of disease in the UK.“

Evidence has emerged today that all the current vaccines offer levels of protection that look unlikely to wane quickly.

But the explosion of cases in a country like India, many of which are said to be linked to a new variant of the virus, illustrates the need to keep protection levels at the highest they can be.

India’s surge is said to be partly down to a variant called B.1.617, which features a double mutation. It is still being studied whether the variant reduces the protection offered by existing vaccines.

Pfizer and the United States have both highlighted that annual shots might be needed in the future, and Prime Minister Boris Johnson has likened COVID boosters to the annual flu shots given to the elderly and vulnerable people.

Mary Ramsay, head of immunisation at Public Health England, revealed earlier that the COVID-19 shots being rolled out are much more effective than thought possible a year ago, and have more protection than most flu vaccines.

But she told a committee of MPs that plans for booster shots will likely be driven by emerging new variants.

While there have been 148 million confirm COVID cases around the world, there are still potentially billions of people who are yet to have been infected and consequently, large parts of the world from where new variants could emerge.

Dr Ramsay said: “There are very high levels of protection. So, in fact, waning may not be happening as quickly as we might have predicted.

“The issue is probably going to more come down to variants, and the protection against variants, in terms of when we do (boosters), rather than the expectation that we’re going to see a rapid decline in protection.”

AstraZeneca has also said it aims for a new version of its vaccine to tackle variants by the autumn. The government has said the extra Pfizer doses will be used alongside other vaccines, but it is yet to confirm which ones.

Dr Ramsay said it was likely that elderly and vulnerable people were the most likely to need regular boosters, but they might not be required as often as flu shots.

She added: “There is still a lot of uncertainty whether a variant vaccine will be needed, (and) if so, which variants, whether we can mix vaccines, whether we can give vaccines alongside flu.

“All of these things are under active study now… We do just have to watch this space.”

It comes as the latest data on vaccine effectiveness from Public Health England suggests that both the Pfizer/BioNTech and Oxford/AstraZeneca vaccines cut transmission by half.

Also today, a new paper from the Tony Blair Institute for Global Change (TBI) said that a third wave of coronavirus across the UK is not inevitable, if the vaccine rollout continues beyond all adults in July.

Jay Leno pictured leaving hospital after being badly burned in car fire
What to watch for in the 2022 PFL Championships
Here’s the apology letter Sam Bankman-Fried sent to FTX employees: ‘When sh—y things happen to us, we all tend to make irrational decisions’
Does anyone want to win in the West? Our NBA Power Rankings update
‘I have no other option’: Migrants fill up squalid camp and wait for boats to reach English shores