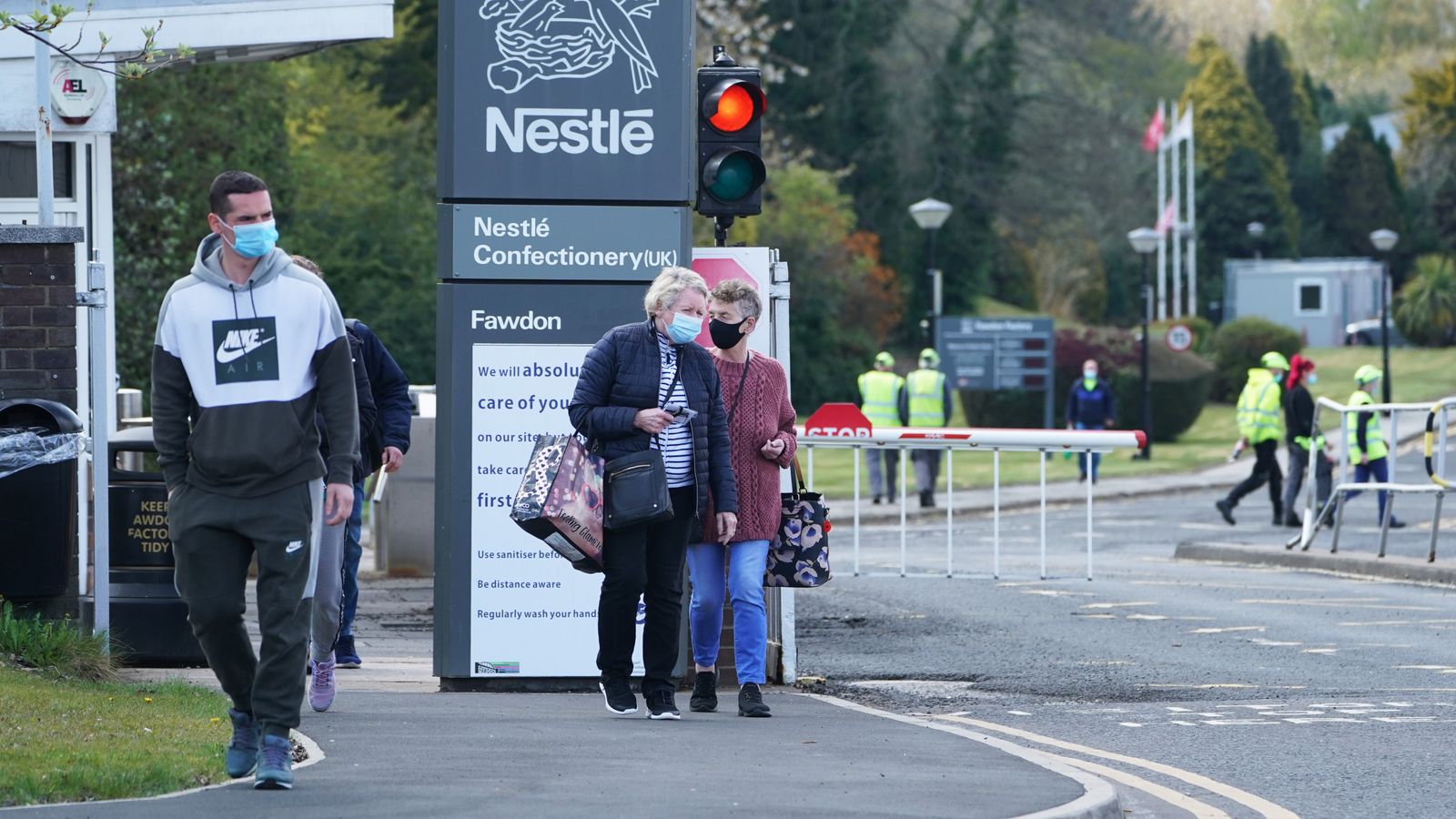 Nestlé is to make almost 600 people redundant as it closes a factory in the UK and moves some of its production to Europe.

The Swiss multinational said products currently made at Fawdon near Newcastle would move to other plants in Britain and on the continent.

Fawdon, which opened in 1958 and makes products including Fruit Pastilles, is due to close “towards the end of 2023”, it added.

The GMB union described the move as “sickening” and claimed that lives are being “ruined in a ruthless pursuit of profits”.

The company said it was making the announcement “as early as possible” to provide “the maximum time for consultation” with staff and trade unions, adding that it does not “underestimate the impact” the closure will have on the local area.

The company, which employs 8,000 people in the UK, described Fawdon as “home to many smaller, low-growth brands” and a plant with a “diverse and complex mix of production techniques”.

“In contrast, our factories at York and Halifax have clearer specialisms and manufacture some of Nestlé’s biggest brands,” the firm added.

It said it plans to invest £20.2m in York to “modernise and increase production of KitKat in the city where the brand was first created in 1935”.

A further £9.2m will be invested in Halifax to “equip the factory to take on the largest portion of Fawdon’s current production”.

York is the base of Nestlé Confectionery’s global R&D centre, while the Halifax factory, which has been in use for well over a century, will “become even more important”, the company said.

The decision to “propose Fawdon’s closure” follows investment and efforts to reduce complexity while bringing in new products, it added.

Staff have “worked tirelessly to deliver those changes and these proposals are absolutely no reflection on their efforts”, the company said in a statement.

GMB national officer Ross Murdoch said: “To ruin hundreds of lives in a ruthless pursuit of profits, to the very workers who’ve kept the company going during a global pandemic, is sickening.

“Nestle is the largest food producer in the world, with astronomical profits. It can afford to treat workers right.