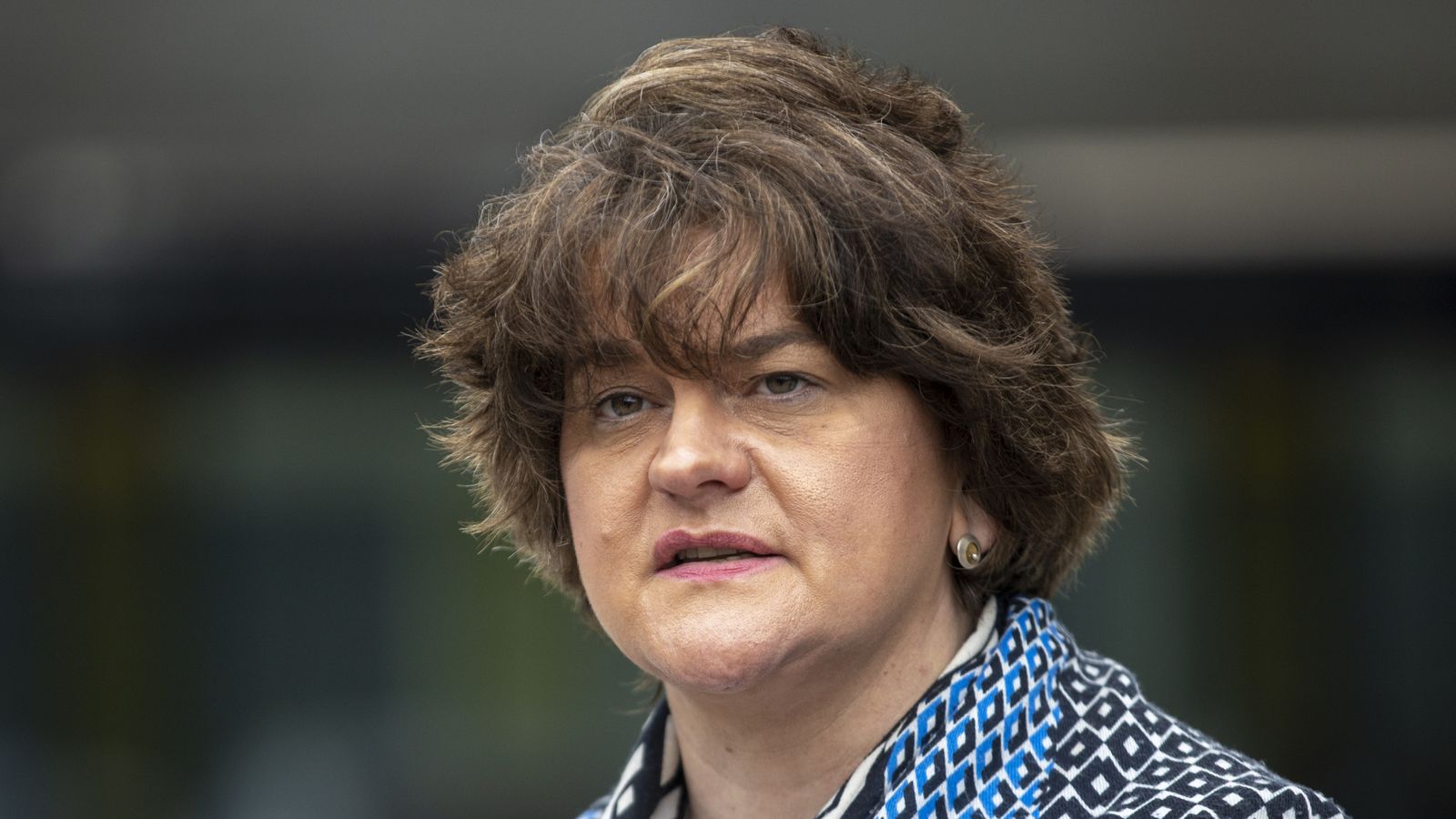 Arlene Foster is facing a battle to remain leader of the Democratic Unionist Party.

The challenge, first reported by the Belfast News Letter, could signal the end of Arlene’s Foster’s tenure as Northern Ireland’s First Minister.

Yesterday, eight of the party’s 18 constituency associations submitted letters of concern over the leadership’s handling of the Northern Ireland Protocol and other issues.

Mrs Foster played down the threat, when speaking to reporters earlier today.

She said: “Stories on leadership come up from time to time, and it’s one of those times.

“So we’ll just deal with it and move on because I’ve bigger things to do, including getting us through this COVID pandemic, including listening to the concerns of working-class communities.

“These stories come up from time to time. This is no different.

“I haven’t received any letters from constituency associations so I’m not going to get into a running commentary on these issues, they come up from time to time. I think it’s important to note that there is the big job of work to do. We have a year left of this mandate.

“It’s important that we lift our eyes and continue the work of rolling out of the restrictions, deal with the Northern Ireland Protocol.”

It comes after some serious speculation on Monday that many in her party have been expressing concerns about her handling of the Northern Ireland Protocol of the Brexit deal, which effectively put some border controls down the Irish Sea.

Previously, Sky News understood there could not be a leadership challenge outside of the party’s annual conference, which takes place in the autumn.

It remains to be seen if the DUP will devise some kind of mechanism for reviewing whether a challenge can go ahead or if Mrs Foster will consider her position no longer tenable and decide to step down of her own accord.

PM shamed into disciplining close ally accused of groping
VW CEO believes Tesla will be weakened by ramping up 3 Gigafactories simultaneously
Exxon CEO says no new gas cars globally by 2040, goes wolf in sheep’s clothing about CO2
Europe’s plans to replace Russian gas are deemed ‘wildly optimistic’ — and could hammer its economy
Google says it will delete location history for visits to abortion clinics after overturning of Roe v. Wade