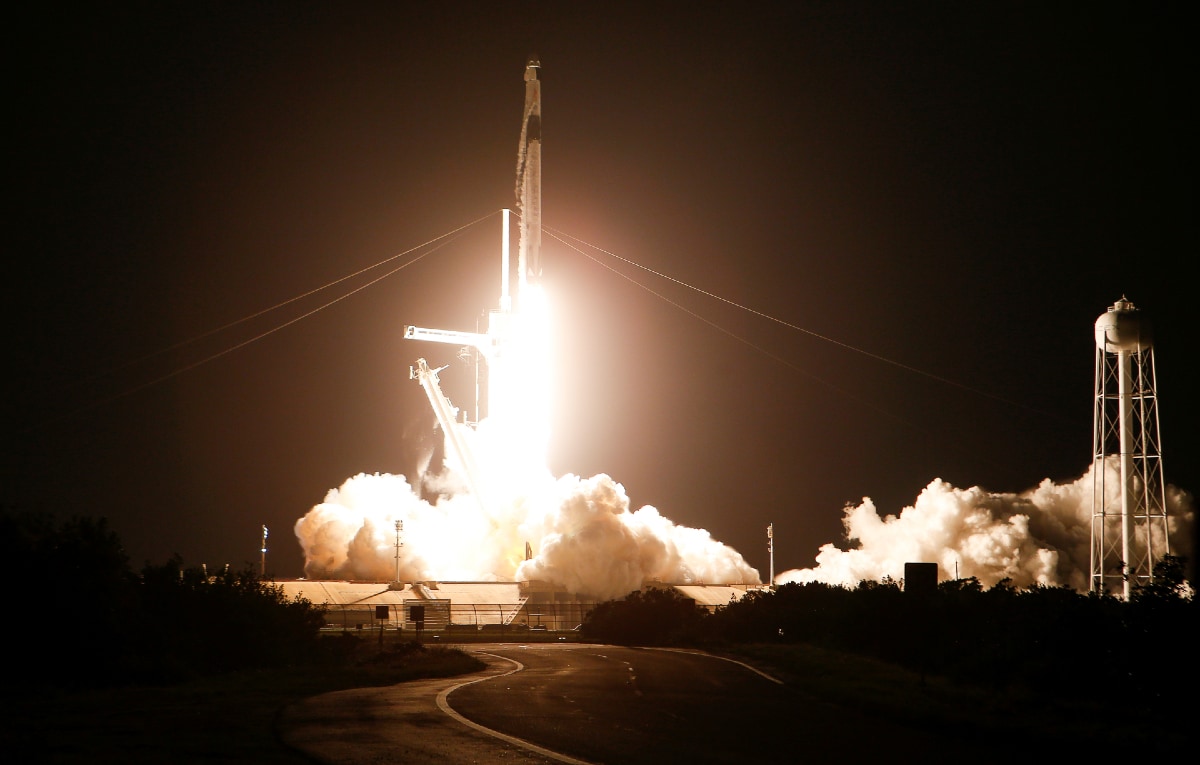 A four-astronaut team arrived at the International Space Station on Saturday aboard the SpaceX Crew Dragon capsule Endeavour, NASA said, after becoming the first crew ever to be propelled into orbit by a rocket booster recycled from a previous spaceflight

The Endeavour capsule, also making its second flight, was launched into space on Friday atop a SpaceX Falcon 9 rocket from NASA’s Kennedy Space Center in Florida

SpaceX is Elon Musk’s commercial rocket company.The Endeavour docked to the space station complex at 5:08 am EDT (0908 GMT) while the spacecraft were flying 264 miles (425 km) above the Indian Ocean, NASA said in an update on the mission.

space shuttle program in 2011.It is also the third crewed flight launched into orbit in 11 months under NASA’s fledgling public-private partnership with SpaceX, the rocket company founded in 2002 by Musk, who is also CEO of electric car maker Tesla Inc.The mission’s Falcon 9 rocket blasted off with the same first-stage booster that lofted a crew into orbit five months ago, marking the first time a previously flown booster has ever been re-used in a crewed launch.Reusable booster vehicles, designed to fly themselves back to Earth and land safely rather than fall into the sea after launch, are at the heart of a re-usable rocket strategy that SpaceX helped pioneer to make spaceflight more economical.

We dive into all things Apple — iPad Pro, iMac, Apple TV 4K, and AirTag — this week on Orbital, the Gadgets 360 podcast. Orbital is available on Apple Podcasts, Google Podcasts, Spotify, and wherever you get your podcasts.
This article was originally published by Ndtv.com. Read the original article here.