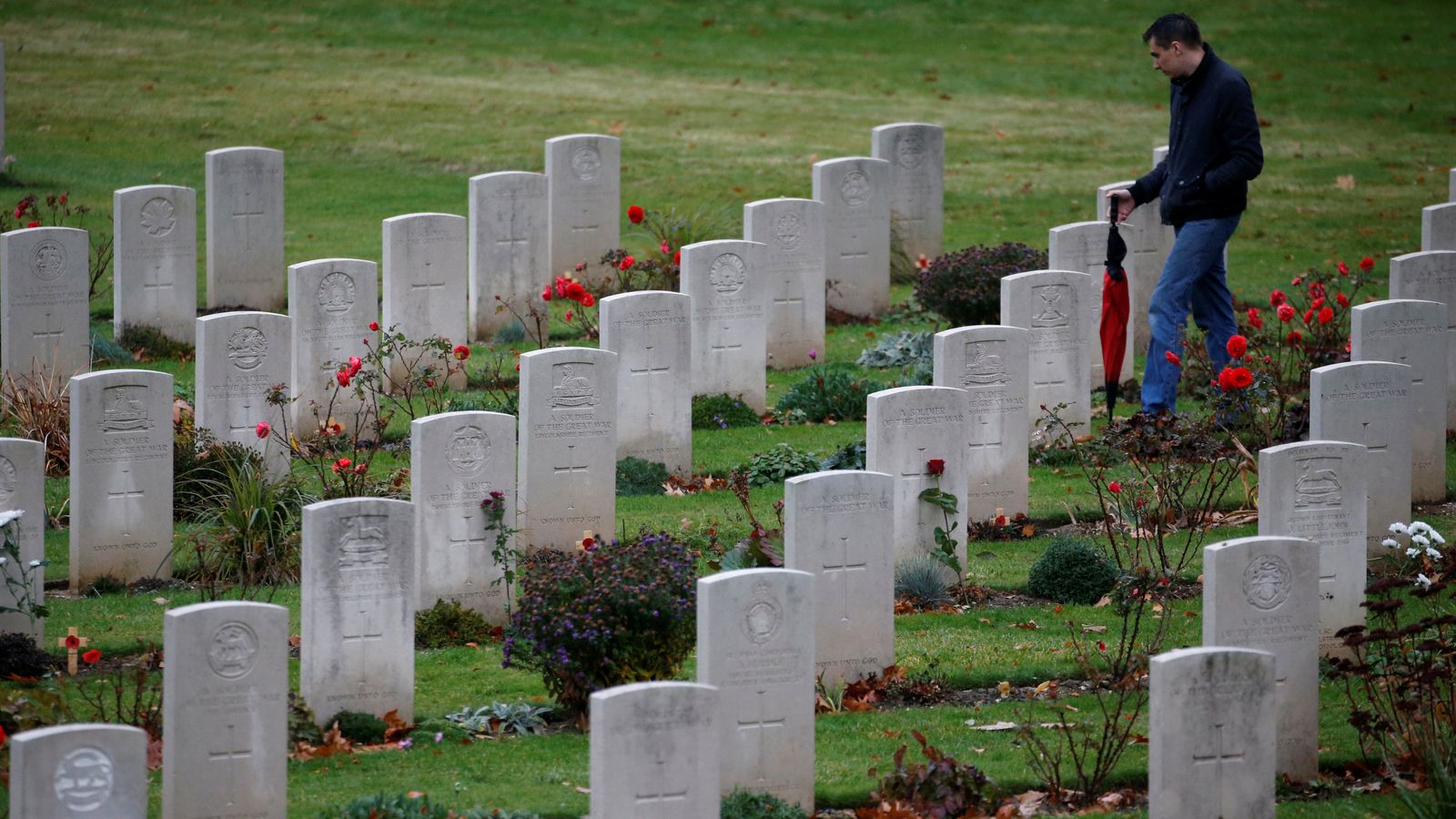 Up to 350,000 predominantly black and Asian service personnel have not been formally remembered in the same way as their white comrades.

An investigation has blamed “pervasive racism” for the failure to properly commemorate at least 116,000 but up to 350,000 people who died fighting for the British Empire.

The Commonwealth War Graves Commission has apologised and vowed to act immediately to correct the situation.

The report, obtained by the PA news agency and due to be published in full later today, found that the casualties – mainly from the First World War – were “not commemorated by name or possibly not commemorated at all”.

Most of them were commemorated by memorials that did not carry their names.

Also, an estimated 45,000 to 54,000 Asian and African casualties were “commemorated unequally”.

This meant some were commemorated collectively on memorials – unlike those in Europe – and others who were missing were only recorded in registers, rather than on stone.

The report was compiled by a special committee, established by the CWGC in 2019 after a critical documentary about the issue.

According to the report, the failure to properly commemorate the individuals was “influenced by a scarcity of information, errors inherited from other organisations and the opinions of colonial administrators”.

“Underpinning all these decisions, however, were the entrenched prejudices, preconceptions and pervasive racism of contemporary imperial attitudes,” it added.

The report gave the example of a 1923 communication between FG Guggisberg, the governor of what is now Ghana, and the commission’s Arthur Browne.

The governor had said: “The average native of the Gold Coast would not understand or appreciate a headstone” as he argued for collective memorials.

Mr Browne’s response showed “what he may have considered foresight, but one that was explicitly framed by contemporary racial prejudice”, according to the report.

He had said: “In perhaps two or three hundred years’ time, when the native population had reached a higher stage of civilisation, they might then be glad to see that headstones had been erected on the native graves and that the native soldiers had received precisely the same treatment as their white comrades.”

In its response to the report, the CWGC said it “acknowledges that the commission failed to fully carry out its responsibilities at the time and accepts the findings and failings identified in this report and we apologise unreservedly for them”.

CWGC director general Claire Horton said: “The events of a century ago were wrong then and are wrong now.

“We recognise the wrongs of the past and are deeply sorry and will be acting immediately to correct them.”

David Lammy, the shadow justice secretary, said: “No apology can ever make up for the indignity suffered by the unremembered.

“However, this apology does offer the opportunity for us as a nation to work through this ugly part of our history – and properly pay our respects to every soldier who has sacrificed their life for us.”