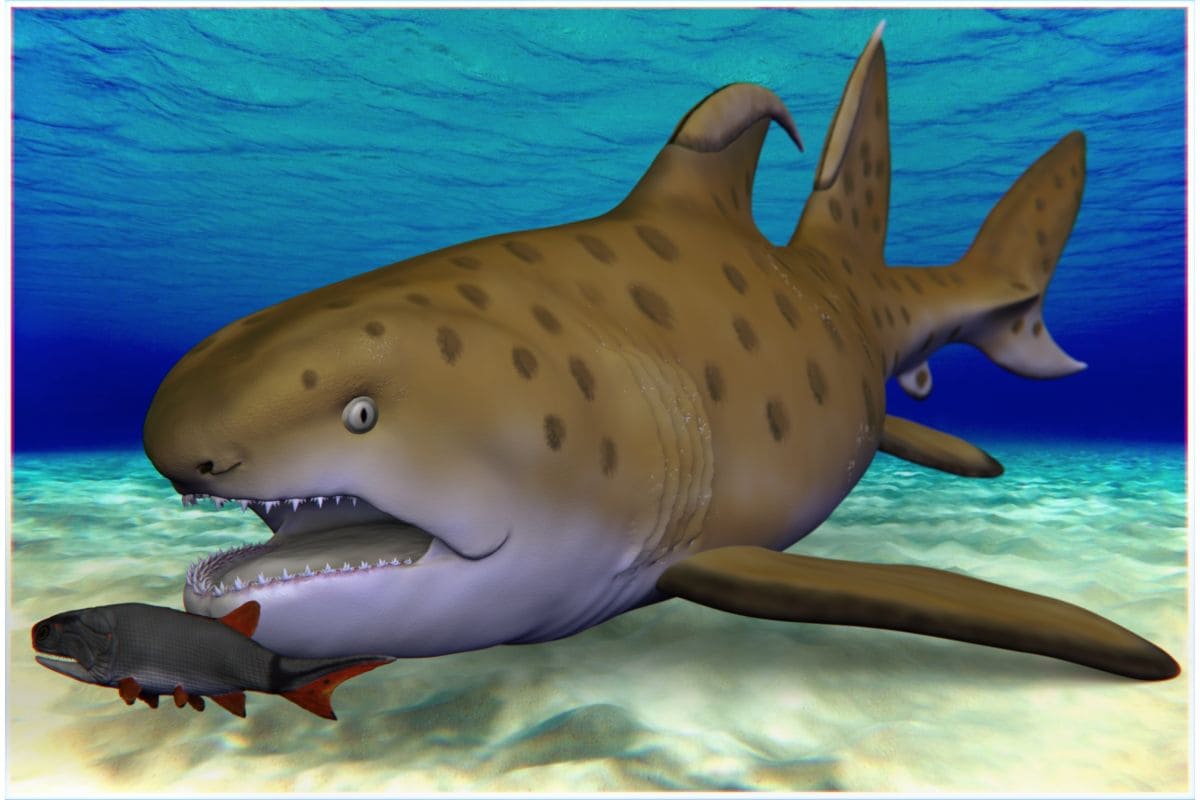 Godzilla Shark, a monster shark whose fossilised skeleton was discovered in New Mexico in 2013, has been named ‘Dracopristis Hoffmanorum’, or ‘Hoffman’s Dragon Shark’, by researchers. The fossils of the 6.7-foot-long shark that lived 300 million years ago were unearthed during a dig at the Manzano Mountains, about 50km from Albuquerque in New Mexico, by a graduate student, John-Paul Hodnett. Initially, due to its features, the monster was nicknamed ‘Godzilla Shark’. A few days ago, Hodnett and other researchers published their findings in a New Mexico Museum of Natural History and Science (NMMNHS) bulletin where they identified the shark as a separate species.

Talking about the shark’s teeth, Hodnett said they were “great for grasping and crushing prey rather than piercing prey”. According to the researchers, its teeth were the first sign that it might be a distinct species. According to an NMMNHS report the shark had 12 rows of piercing teeth and bore two 2.5-foot-long fin spines on its back. The report stated that these were the features that initially gave it the popular epithet of ‘Godzilla Shark’.

Hodnett, along with a group of scientists, was on a visit to the mountains to study rocks and plant fossils in 2013 when he came across the unexpected find. The NMMNHS quoted Hodnett as saying, “I was just sitting in a shady spot using a pocket knife to split and shift through the shaley limestones, not finding much except fragments of plants and a few fish scales when suddenly I hit something that was a bit denser.” He added that it was an “exciting” find as “no large tetrapod had been found at that site before”.

The formal naming followed seven years of preservation, and research work, after which Hodnett and his team found out that it was a new kind of shark. They named it ‘Dracopristis Hoffmanorum’, or ‘Hoffman’s Dragon Shark, in recognition to its Godzilla-like traits (big jaws and large spines), and to honour the Hoffman family that owns the land where the fossil was unearthed.

The recovered skeleton represents an evolutionary branch of the sharks that split off from the modern sharks approximately 390 million years ago. However, they went extinct by the end of the Paleozoic Era, about 252 million years ago, states the NMMNHS report.

Is OnePlus 9R old wine in a new bottle — or something more? We discussed this on Orbital, the Gadgets 360 podcast. Later (starting at 23:00), we talk about the new OnePlus Watch. Orbital is available on Apple Podcasts, Google Podcasts, Spotify, and wherever you get your podcasts.