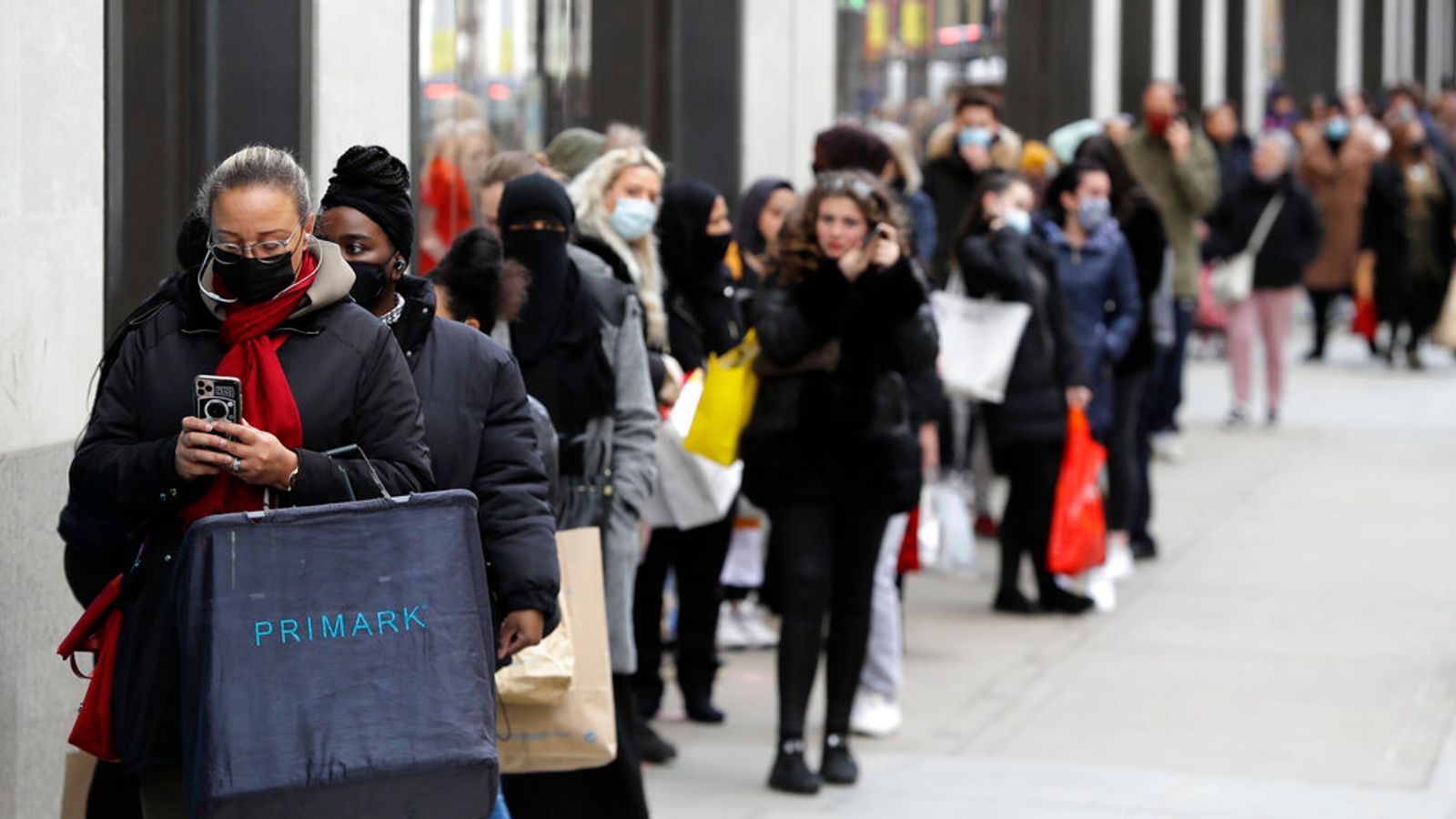 The average level of coronavirus infection has dropped sharply across the UK, according to the latest data.

In a trend described as “encouraging” by statisticians, the percentage of people testing positive for COVID-19 has fallen across all the home nations and the number of infections per population is also tumbling.

Around one in 480 people in England are estimated to have had coronavirus in the week ending 10 April, down from one in 340 the previous week, the Office for National Statistics (ONS) said.

It is the lowest figure since the week to 19 September last year.

Live COVID updates from UK and around world

Northern Ireland is estimated to have one infection per 710 people – a huge seven-day drop from one in 300.

Despite the overall positive news, there is still huge variation between different regions.

The North West had the highest proportion of people of any region in England likely to test positive for coronavirus at around one in 260.

In the South West, only around one in 1,150 were likely to have the virus.

Among different age groups in England, coronavirus rates have decreased in most groups except secondary school children and people aged 50 to 69, where the trend is uncertain.

In further evidence of the falling infection levels in the UK, Germany has said it will be taking the country off the list of at-risk regions.

It means people will face less strict travel restrictions as the UK is no longer considered to be an area with high coronavirus incidence levels.

The change will take effect from Sunday.