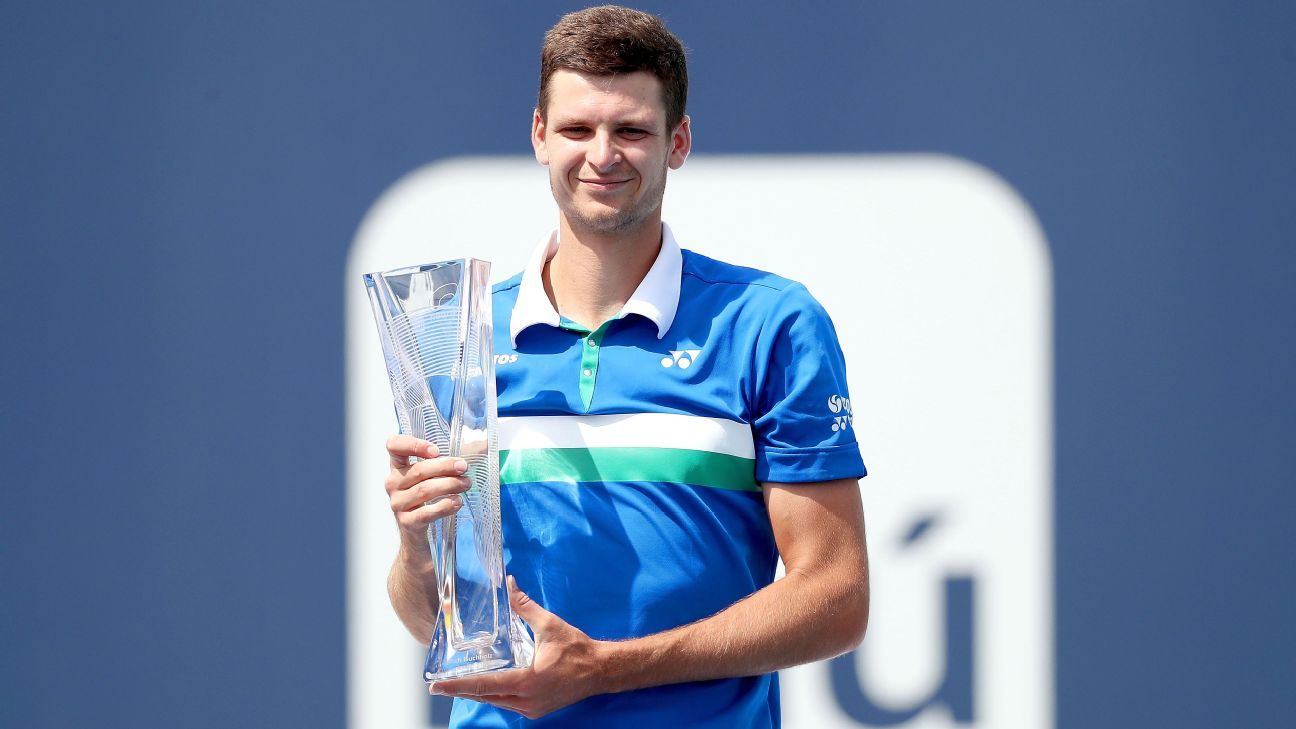 MIAMI — Hubert Hurkacz of Poland won the biggest title of his career Sunday by beating 19-year-old Jannik Sinner of Italy 7-6 (4), 6-4 in the Miami Open final.

Hurkacz, 24, improved to 10-0 in Florida this year, including the Delray Beach title in January. Ranked 37th, he beat two top-10 opponents in the same tournament for the first time, and he is projected to climb to a career-high 16th in next week’s rankings.

Hurkacz was poised playing his first final in the top-level ATP series, the Masters 1000. In the first set, he raced to a 3-0 lead, briefly fell behind and then played a solid tiebreaker, closing it out by winning a 25-stroke rally.

Sinner, playing in just his third Masters 1000 tournament, wobbled serving at 6-5 in the first set and was broken at love. He lost his serve twice more to fall behind 4-0 in the second set.

The matchup in the final was a surprise even though Novak Djokovic, Rafael Nadal, Roger Federer and Dominic Thiem skipped the tournament. Among those failing to capitalize on their absences were top-seeded Daniil Medvedev, No. 2 Stefanos Tsitsipas, No. 3 Alexander Zverev and No. 4 Andrey Rublev.

No. 1-ranked Ash Barty won her second successive Miami title Saturday when Bianca Andreescu retired in the final because of a foot injury while trailing 6-3, 4-0.