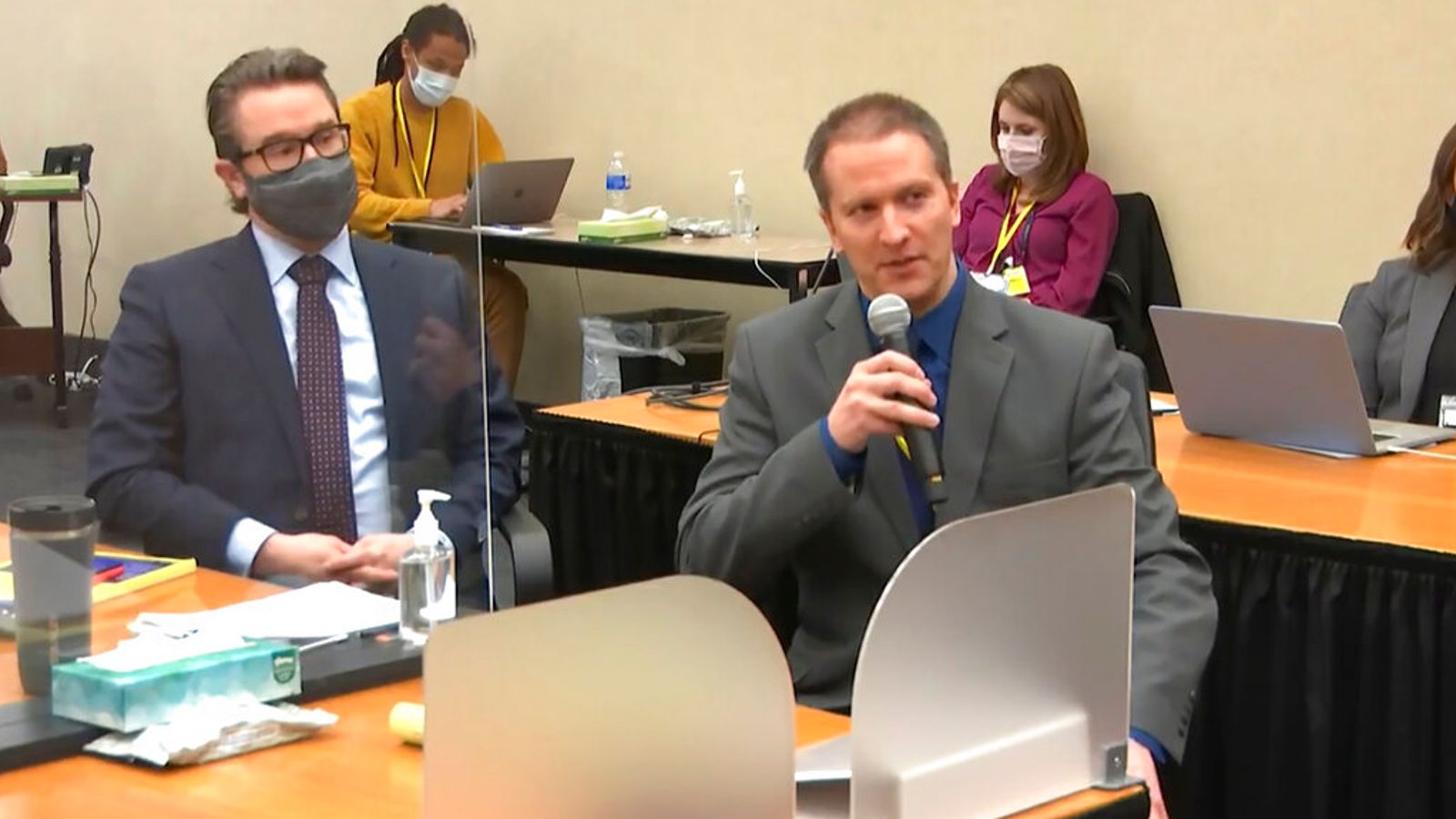 Former police officer Derek Chauvin has refused to testify in court over the killing of George Floyd as the defence rested its case and the murder trial was adjourned.

At the start of Thursday’s proceedings Chauvin informed the court that he would not testify, invoking his 5th Amendment right not to take the stand.

“Is this your decision not to testify?” Judge Peter Cahill asked.

“It is, your honour,” Chauvin said.

The question of whether Chauvin would testify in his own defence has been the subject of speculation since the trial began 14 days ago.

Chauvin confirmed to Judge Cahill that he had chosen not to address the jury and that he had not been threatened or promised anything in return for this decision.

Under the constitution in US law, everyone has the right to invoke the 5th Amendment and the right not to incriminate themself.

The idea was brought up by retired forensic pathologist Dr David Fowler in his testimony on Wednesday for the defence case – which came as a shock to the prosecution.

Dr Tobin told the court that hospital tests on Mr Floyd on the day of his death showed that his blood was 98% saturated in oxygen, meaning the “maximum amount of carbon monoxide would be 2%”.

Following that, both sides finished presenting their cases.

Judge Cahill told the court that the closing arguments are set for Monday, after which the jury will begin deliberating.

Testifying for the defence on Wednesday, Dr Fowler claimed that Mr Floyd died of a sudden heart rhythm disturbance as a result of his heart disease.

He said his death was the result of a multitude of factors.

Dr Fowler told jurors that the stress of his arrest and the release of adrenaline from a tumour in his abdomen contributed, as did possible carbon monoxide from the police car exhaust as he was restrained nearby, along with drugs fentanyl and methamphetamine being in his system.

That contradicted prosecution experts who said Mr Floyd died from lack of oxygen from the way Chauvin pressed his knee on his neck for nine and a half minutes.

However, on cross-examination by the prosecution, Dr Fowler had to concede that the evidence did not support some of his conclusions.

He accepted there was no carbon monoxide found in Mr Floyd’s system after his death. The police car was a hybrid and he was unable to say that for certain that the engine was running, making his judgement because of liquid dripping from the exhaust pipe.

Dr Fowler also told the court that he would classify the manner of death “undetermined” because it had too many conflicting factors, rather than homicide, as the county’s chief medical examiner ruled.

Chauvin, 45, is charged with murder and manslaughter over Mr Floyd’s death after his arrest in May 2020 on suspicion of passing a counterfeit 20-dollar note at a neighbourhood market.

‘This is the happiest time for me’: Inside Fedor Emelianenko’s last hurrah in MMA
US slows pace of rate hikes again as Bank of England prepares its next action against inflation
Households cutting energy usage to avoid blackouts ‘likely how we’ll all operate in future’
King Charles won’t appear on new Australian banknote – here’s why
‘Faulty and ambiguous’ government guidance partially to blame for Grenfell tragedy, Gove admits