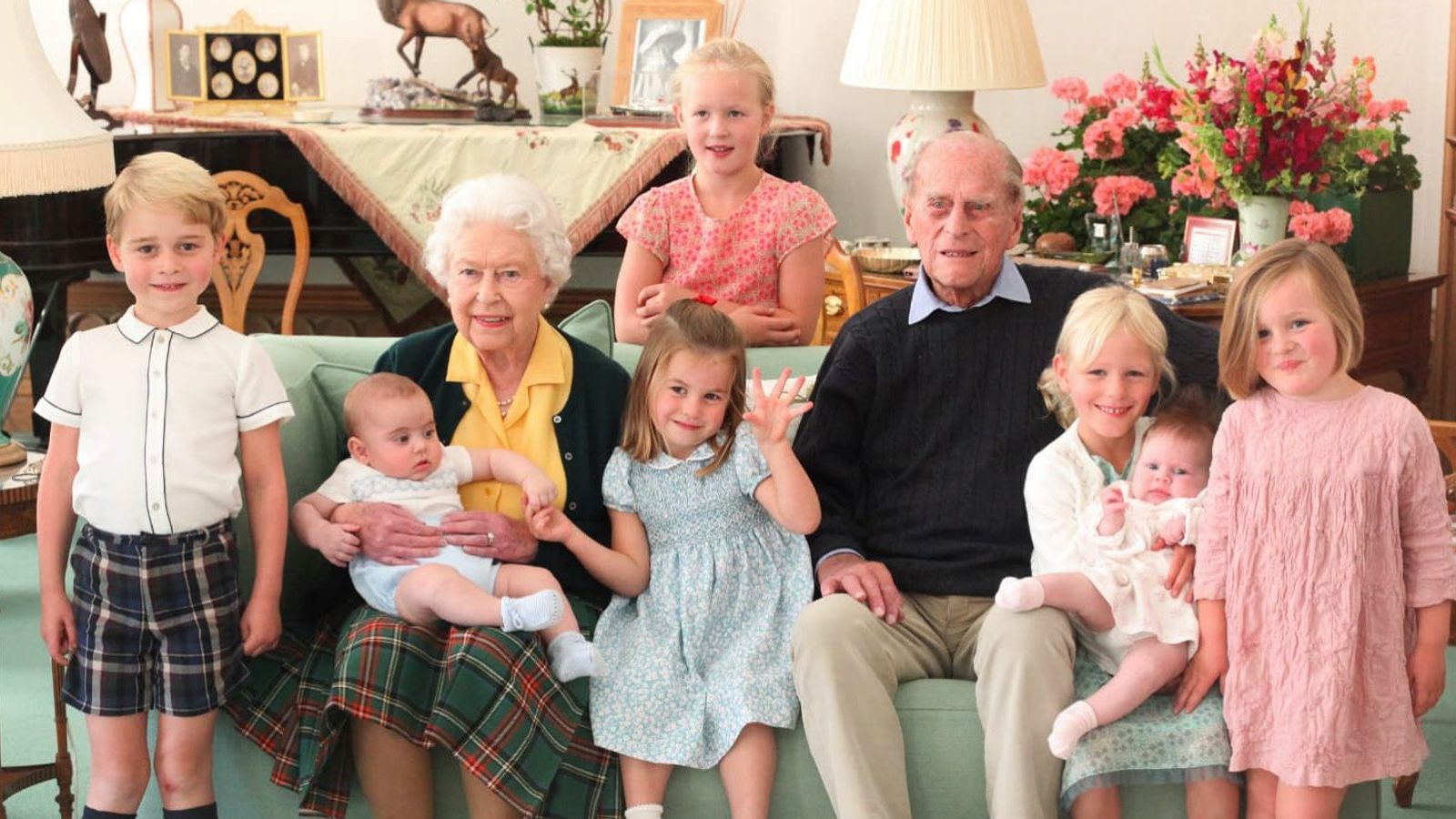 The Royal Family has released new photographs of the Duke of Edinburgh following his death at the age of 99.

They include an image taken by the Duchess of Cambridge of the Queen and Prince Philip surrounded by seven of their great-grandchildren at Balmoral Castle in 2018.

In another, posted on the Duke and Duchess of Cambridge’s Twitter account, William and Kate are seen along with Prince George and Princess Charlotte in a photo with Philip and Her Majesty at Balmoral in 2015.

In the photo, William is holding George’s hand, while Kate is holding Charlotte when she was a baby.

A message on the KensingtonRoyal Twitter account read: “Today we share, along with Members of The @RoyalFamily, photographs of The Duke of Edinburgh, remembering him as a father, grandfather and great-grandfather.”

In a tweet from the account of the Prince of Wales and the Duchess of Cornwall, Philip and a young Charles are pictured on horseback playing polo.

The previously unseen photo taken by Kate at Balmoral shows Prince Louis cradled in the arms of the Queen, a rare image of the monarch holding one of her 10 great-grandchildren.

The Duke and Duchess of Cambridge’s children Prince George and Princess Charlotte are either side of the monarch.

Peter Phillip’s daughters Savannah and Isla are close to their great-grandfather and at the other end of the sofa are Zara and Mike Tindall’s children Lena, held by her cousin Isla, and his daughter Mia.

Earlier on Wednesday, Princess Eugenie posted a heartfelt tribute to her grandfather on Instagram, following his death on Friday.

She said the duke would be “so touched by all the tributes that have been shared with me the past few days”.

Posting a picture of her and elder sister Beatrice with the duke, she said her memories of her grandfather included learning “how to cook, how to paint, what to read” as well as his sense of humour.

Prince Philip’s funeral will take place on Saturday but coronavirus measures mean only 30 people will be allowed to attend. About 800 people were set to be invited as part of planning that took place before the pandemic.

There is no confirmation yet on who will be invited, but Prince Harry is set to be there after flying in from America and immediately going into quarantine.

Under the funeral plans, the duke’s coffin will be carried to the chapel on a specially modified Land Rover, which he helped to design.