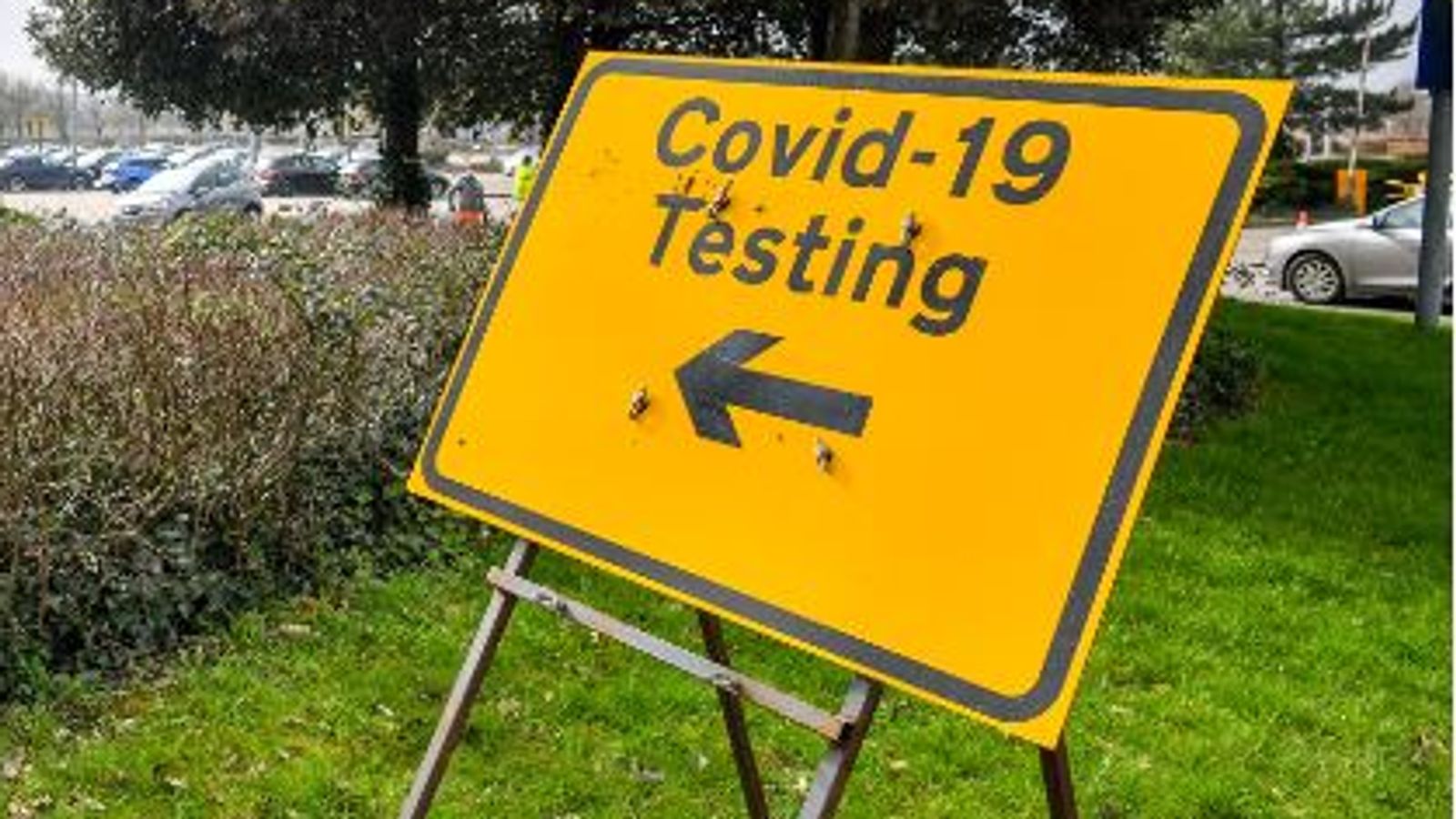 About half the UK adult population would have likely tested positive for coronavirus antibodies by the end of March, data has shown.

An estimated 54.9% of people in private households in England had COVID-19 antibodies in the week to 28 March, according to the Office for National Statistics (ONS) figures – largely unchanged on the previous two weeks.

The presence of coronavirus antibodies suggests someone has had the infection in the past or has been vaccinated.

The ONS said antibody positivity has levelled off in England, Wales and Scotland.

In Northern Ireland, an estimated 54.5% of people were likely to have COVID-19 antibodies in the week to 28 March – up from 50% in the previous week.

It suggests that roughly one in two people either had the infection or has been vaccinated.

Across the UK, the older age groups had the highest proportion of people likely to test positive for antibodies.

The lowest percentage was for 16 to 24-year-olds (38.7%), due to vaccinations being prioritised for older people.

In Northern Ireland, the ONS uses different age groups due to small sample sizes and estimates 78% of people aged 70 and over were likely to have tested positive for antibodies.

The model produced by the statistics body surveyed people aged 16 years and over in private residential households. It excludes people in hospitals and care homes.

The ONS said the latest figures also show a fall in antibody positivity rates among older people, which was likely because the data does not yet show the impact of second doses of COVID-19 vaccinations.

It takes between two and three weeks after an infection or vaccination for the body to make enough antibodies to the fight the virus.

Across all four UK countries there is a clear pattern between vaccination and testing positive for COVID-19 antibodies, the ONS said.

But the organisation added that detection of antibodies alone is not a precise measure of the immunity protection given by vaccination.

Meanwhile, studies have not yet shown that having detectable antibodies affects the chance of getting COVID-19.

No 10 insists UK economy is strong despite IMF warning it will fare worse than any other in developed world – including Russia
Priscilla Presley challenges ‘validity’ of daughter Lisa Marie’s will
How the Supreme Court could soon change free speech on the internet
‘Potentially key’ witness to dog walker’s disappearance found – as friends tell of ‘nightmare’
Awesome Alibaba: Low-cost backyard construction equipment, batteries included