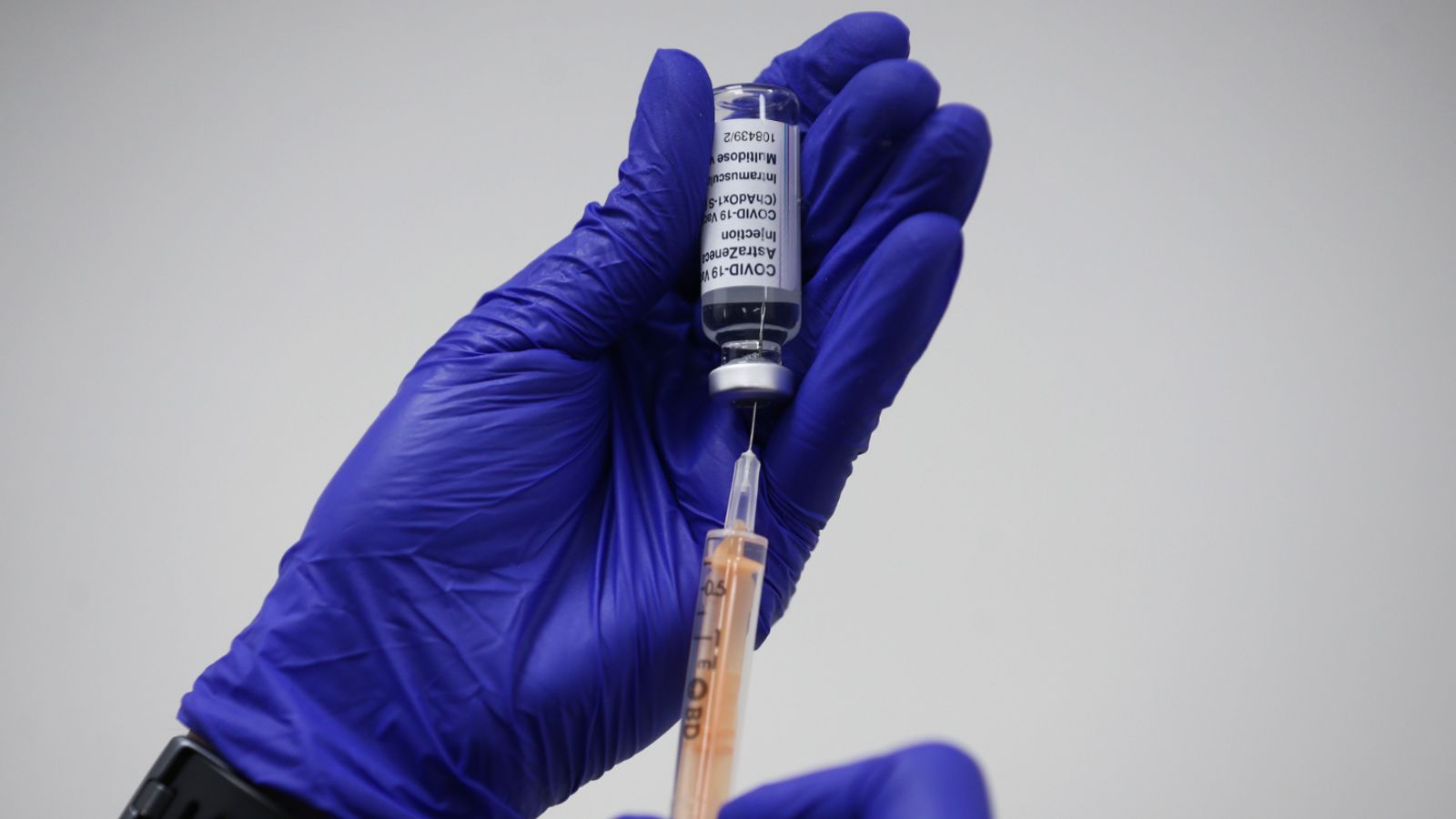 Over-45s are now able to book their COVID jabs after the government reached its target of offering a first dose to the nine most vulnerable groups – including all over-50s.

The NHS website now states that those aged 45 or over are able to book their jab appointments.

It comes after the government’s target for offering a first vaccine dose to priority groups one to nine was reached three days early.

Ministers had vowed to offer a COVID-19 jab to all over-50s, the clinically vulnerable and health and social care workers – about 32 million people – by Thursday.

Nearly 40 million vaccine doses have now been given across the UK.

“That means more than 32 million people have been given the precious protection vaccines provide against COVID-19,” he added.

“I want to thank everyone involved in the vaccine rollout which has already saved many thousands of lives.

“We will now move forward with completing essential second doses and making progress towards our target of offering all adults a vaccine by the end of July.”

NHS chief executive Sir Simon Stevens confirmed that 19 out of 20 of those most at risk from COVID had now been vaccinated.

“Thanks to our NHS nurses, doctors, pharmacists, operational managers and thousands of other staff and volunteers, the NHS COVID vaccination programme is without a doubt the most successful in our history,” he said.

“It’s one of our tickets out of this pandemic and offers real hope for the future.”

Ministers have recently offered assurances that the ambition of offering all UK adults a vaccine by the end of July remains achievable.

They recommitted to the target after last week’s recommendation that under-30s be offered an alternative to the Oxford-AstraZeneca jab due to concerns over blood clotting.

The Medicines and Healthcare products Regulatory Agency (MHRA) said those aged 18-29 in the UK will be offered an alternative vaccine instead, where available, when invited to get a jab.

Last week, the Moderna vaccine became the third jab – along with the AstraZeneca and Pfizer/BioNTech vaccines – to begin being used in the UK.

Elle Taylor, from Ammanford in Wales, who is an unpaid carer for her 82-year-old grandmother, became the first person in the UK to have the Moderna jab.

On Tuesday the NHS in England will also begin to use it.

The government has said that this month will be focussed on delivering second doses to those who have already had one jab.

In the UK, there has been a warning of a significant reduction in weekly vaccine supplies this month.

Health Secretary Matt Hancock has previously pointed to delays in the supply of five million doses of the AstraZeneca vaccine from India, as well as a need to retest a batch of 1.7 million vaccine doses.

The government reached its primary vaccine target – to offer a first dose to priority groups one to five – in mid-February.

What are the nine priority vaccine groups?