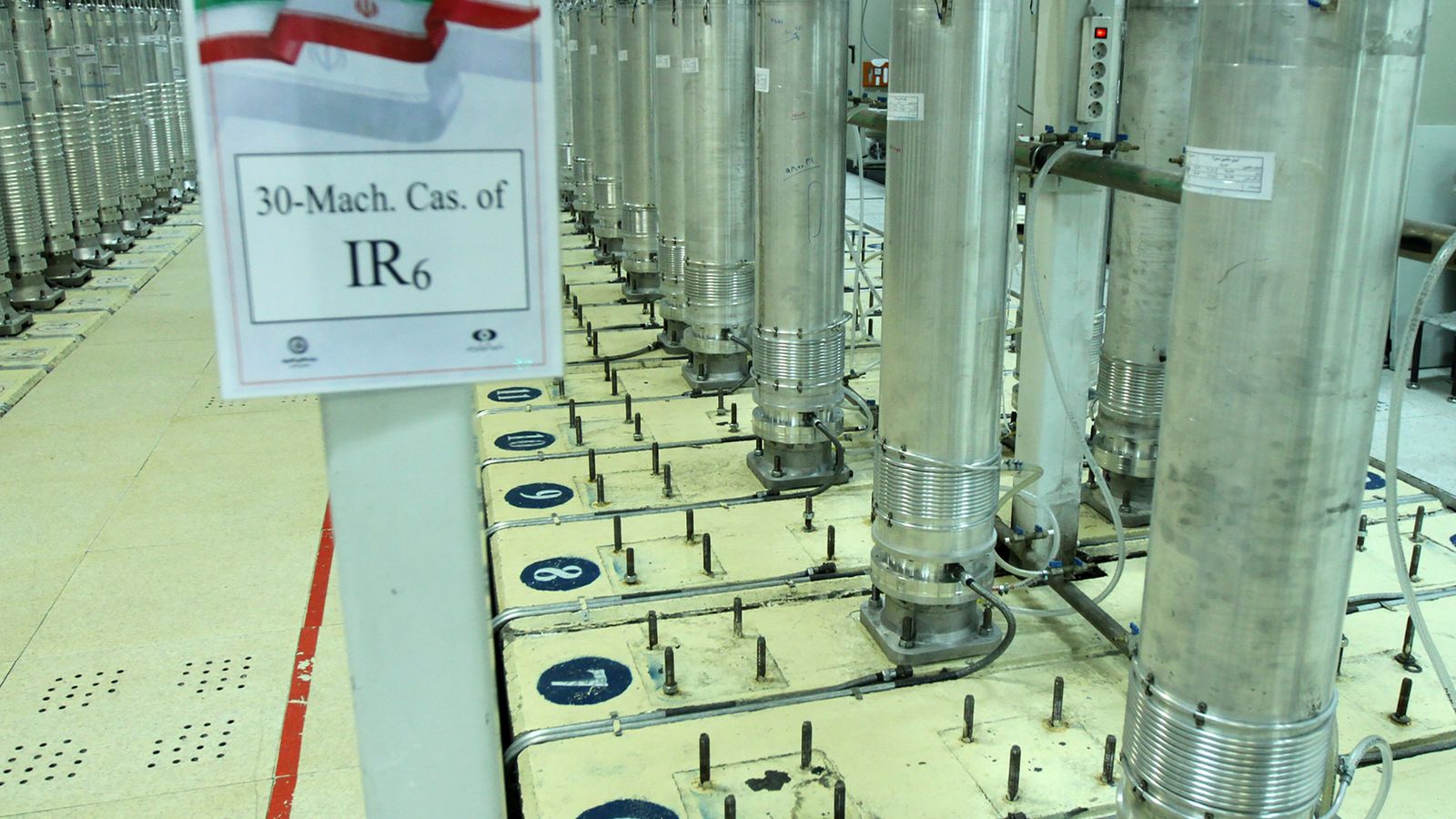 Iran says it will increase its enrichment of uranium to 60% purity – its highest figure ever – bringing it closer to the levels needed for a nuclear weapon.

It comes after an “attack” at the Natanz nuclear facility in the country which Iran has blamed on Israel as an act of sabotage.

France says it is co-ordinating a response to Iran’s latest move with world powers, adding that it was a “serious” development.

Sunday’s incident at Natanz was initially described by Iran as a blackout in the electrical grid feeding above-ground workshops and underground enrichment halls, but later officials called it an attack.

Israel is suspected of carrying out the assault that damaged centrifuges, though it has not claimed it.

News of Tehran’s intent to increase the purity of nuclear material comes as the Biden administration looks to revive the 2015 deal which limited Iran’s ability to create enriched uranium.

The US president’s predecessor Donald Trump abandoned the deal three years ago.

The 2015 Iran deal limited the purity level to which Iran can enrich uranium hexafluoride to at 3.67%.

A level of about 90% is needed for nuclear weapons.

Talks are due to continue in Vienna, Austria, to try and revive the 2015 agreement.

White House Press Secretary Jen Psaki has called the enrichment plan from Iran “provocative”, and said it called into question how seriously Tehran was taking the talks.

Discussions between Iran and global powers to revive the deal last week were “constructive”.

Iran has said it never sought to obtain or develop nuclear weapons, and that it only wants nuclear technology for civilian purposes like medicine or energy.

Western intelligence services believe Iran had a secret nuclear weapons programme until 2003, although Israel suspects that this it is continuing in some form.