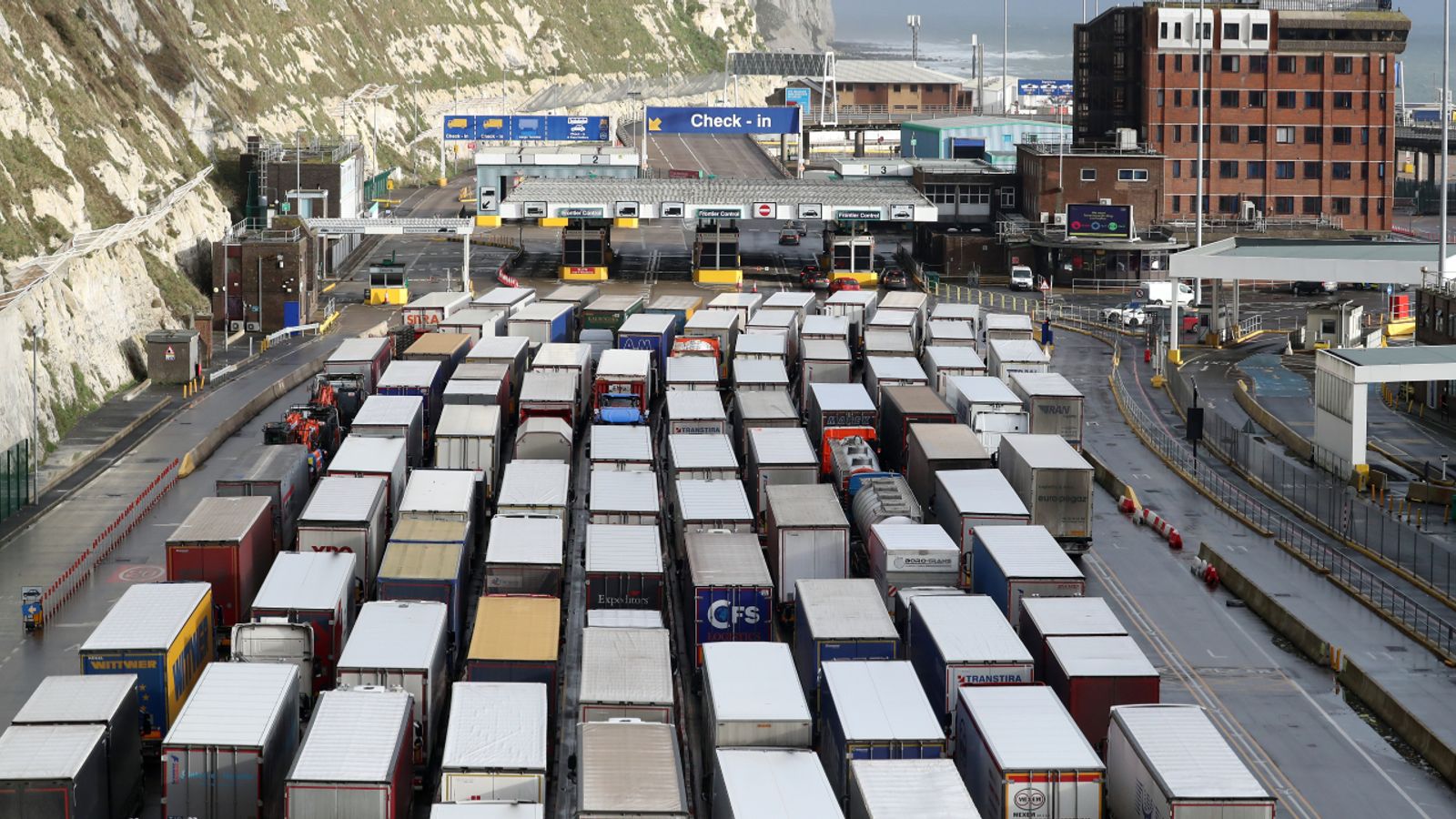 Goods exports to the EU partially rebounded in February after a record slump at the start of the year, official figures show.

However imports from the EU, which also saw an unprecedented decline at the start of the year, recovered less than a fifth of the lost trade.

It came as the ONS also reported slightly weaker than expected GDP growth of 0.4% in February.

Britain’s trading with the rest of the world at the start of this year has been affected by additional red tape and costs following the end of the Brexit transition period, with COVID-19 restrictions and wider global economic trends also having an impact.

The ONS said the UK economy in February remained 7.8% below its pre-pandemic level.

A slight pick up for wholesale and retail sales and a return to growth for the manufacturing sector helped overall gross domestic product (GDP) despite continued lockdown measures during the month.

But the expansion fell short of forecasts of around 0.6%.

Britain’s economy suffered its biggest slump for three centuries last year thanks to the coronavirus pandemic, with GDP shrinking by nearly 10%.

It is likely to have declined again over the first quarter of 2021 thanks to the latest lockdown measures.