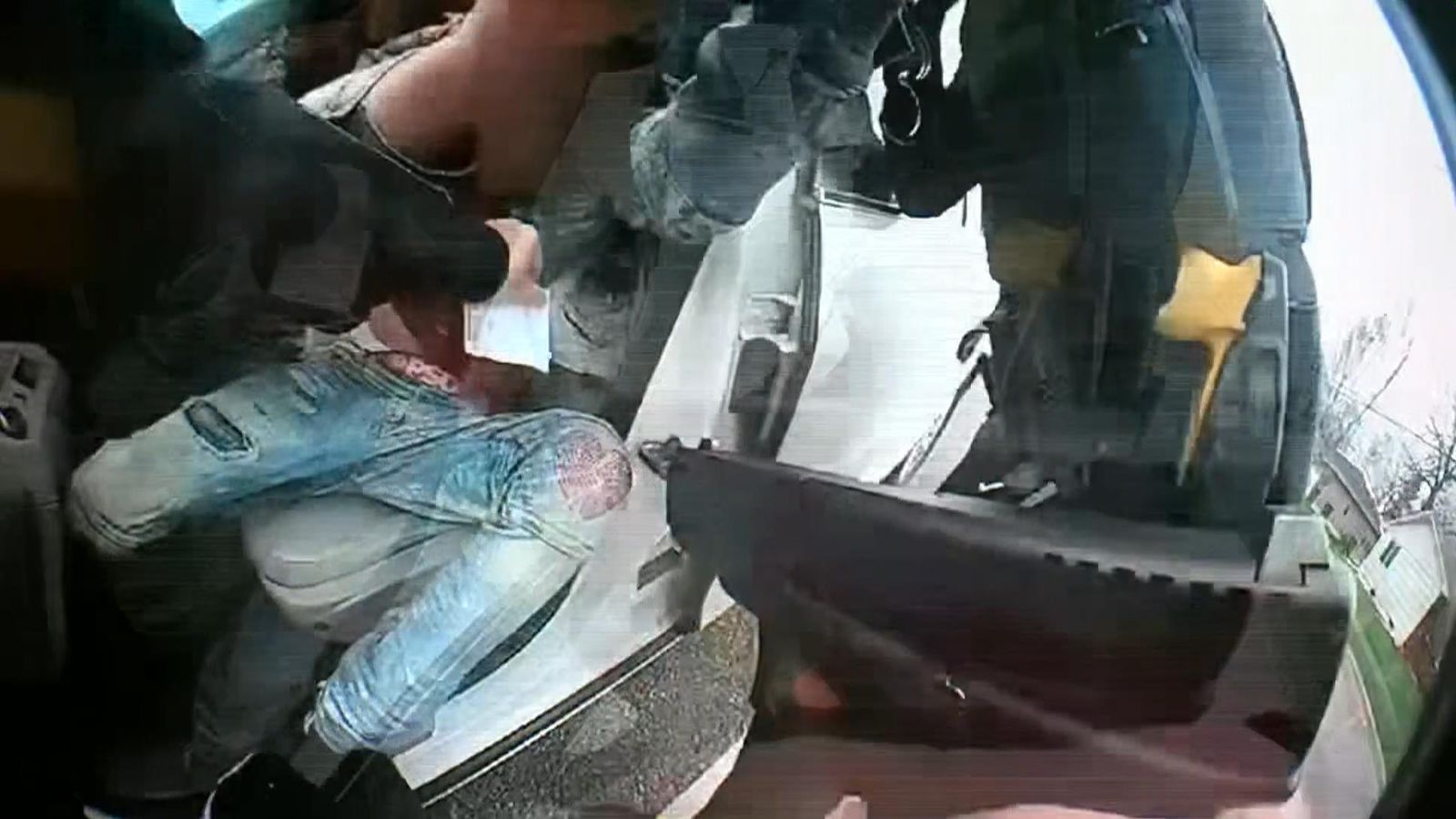 The police officer who fatally shot a black man in Minneapolis on Sunday, sparking more unrest in the city, meant to reach for her Taser and not her handgun during the confrontation, it has been claimed.

Daunte Wright, 20, died on Sunday in a metropolitan area that was already on edge because of the nearby trial of Derek Chauvin – the ex-cop facing murder charges over George Floyd‘s death.

Following Mr Wright’s death, Brooklyn Center Police Chief Tim Gannon released body camera footage from the officer who fired – and told a news conference she had made a mistake.

The footage shows three officers around a stopped car. When another officer attempts to handcuff Mr Wright, a struggle ensues.

The officer is heard shouting “Taser!” several times before firing her weapon.

“This was an accidental discharge that resulted in a tragic death of Mr Wright,” the chief said.

“We’re going to do everything we can to ensure that justice is done and our communities are made whole,” he said. 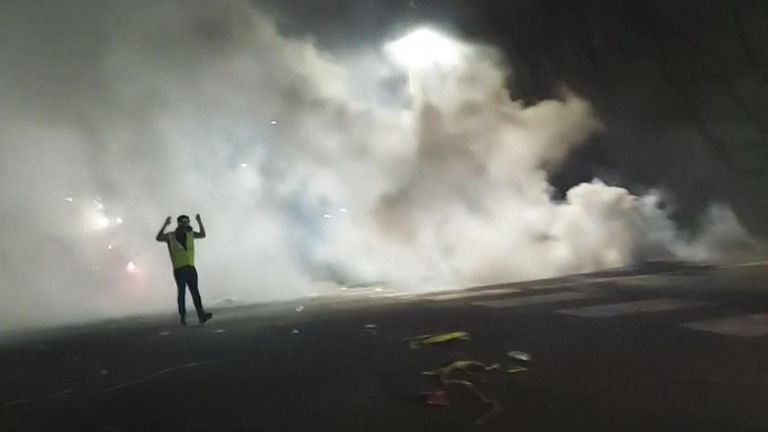 The state Bureau of Criminal Apprehension is investigating the death, which led to protests erupting overnight and people at the scene waving flags and signs reading “Black Lives Matter“.

Mr Wright was stopped by police about 10 miles from where Mr Floyd died during an arrest in Minneapolis last year.

Authorities said the car was pulled over for having an expired registration and after determining the driver had an outstanding warrant, police said they tried to arrest him.

Then the driver got back into the vehicle and an officer fired, striking him, police said. Mr Wright managed to drive for several blocks before hitting another vehicle.

His mother, Katie Wright, urged protesters to stay peaceful following his death. The unrest has seen police fire flashbangs and tear gas in an attempt to contain the protesters.

“We need it to be about why my son got shot for no reason,” she said. “We need to make sure it’s about him and not about smashing police cars, because that’s not going to bring my son back.”

President Joe Biden was briefed on the shooting, and the White House has been in touch with the governor, mayor, and local law enforcement, press secretary Jen Psaki said.

“We were incredibly saddened to hear about the loss of life at the hands of law enforcement in Minnesota yesterday,” she said.

Police were erecting a concrete barrier as Minnesota State Patrol officers joined the line in front of the precinct.