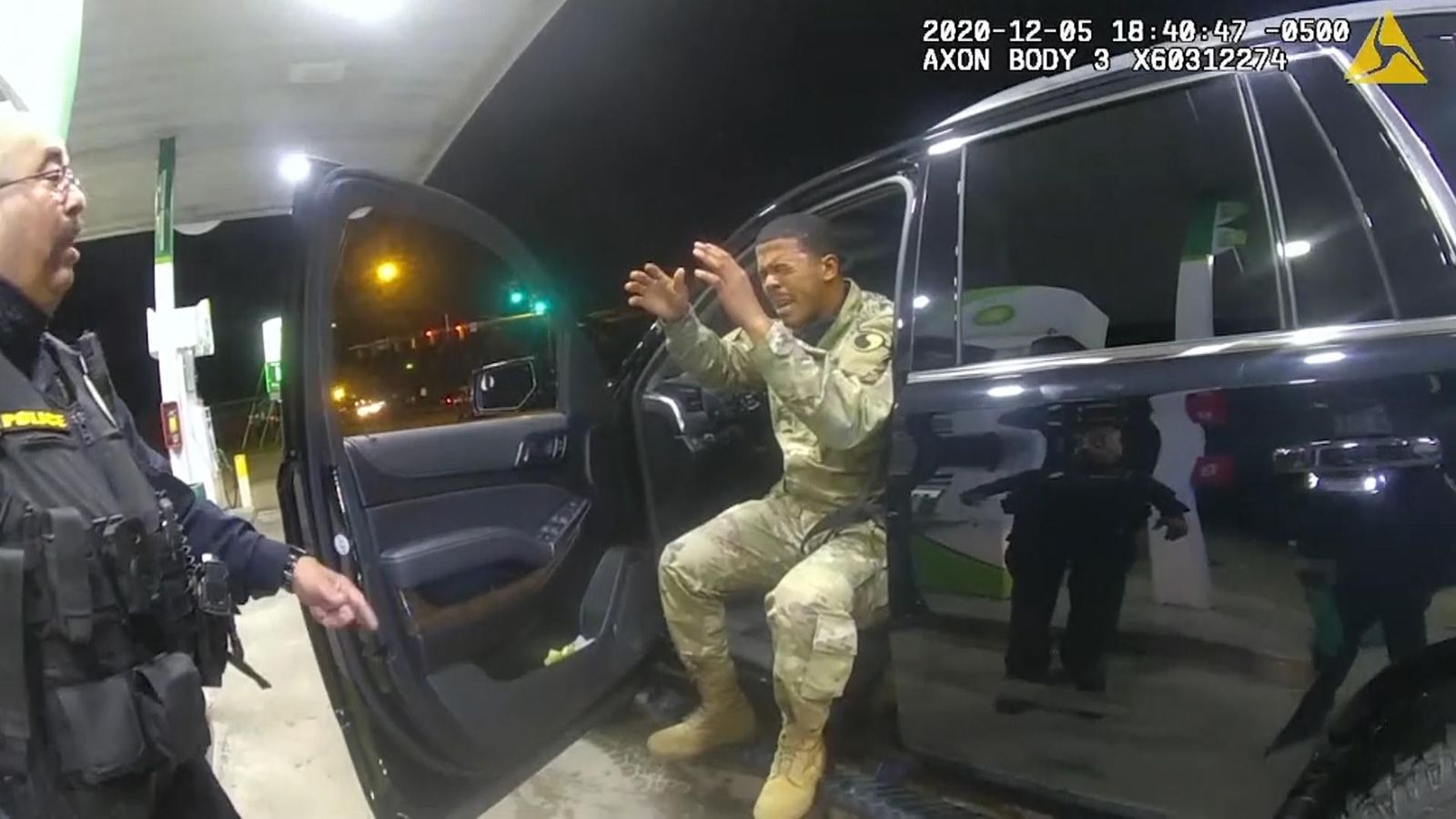 A US army lieutenant is to sue two Virginia police officers after they pulled their guns on him and used pepper spray during a traffic stop.

The law suit has been filed by Caron Nazario in Virginia against Windsor police officers Joe Gutierrez and Daniel Crocker, and alleges that they violated his constitutional rights.

It comes amid high tensions over the ongoing trial of Derek Chauvin, who is accused of murdering George Floyd last year by kneeling on his neck.

The incident, which was captured on video, involves Mr Nazario, who is black and Latino, in his uniform driving his new car through Windsor with a temporary paper tag in his rear window in December last year.

The lawsuit says that a police car flagged him down and asked him to pull over, which he does about two minutes later after searching for somewhere lit up to stop.

It then says that an officer radioed to report that Nazario was driving without a tag and “eluding” police, adding it was a “high-risk” stop, leading to another officer joining the scene.

During the traffic stop, the footage shows Mr Nazario saying he is afraid to get out the vehicle, to which an officer responds: “Yeah you should be.”

The officer then proceeds to keep demanding that Mr Nazario gets out the car, while the army lieutenant asks what he has done wrong, adding for a traffic violation he does not have to get out of his car.

He is then pepper sprayed through the window of his car, while officers attempt to open the door to his vehicle.

Mr Nazario tells officers that the situation is “messed up”, adding his dog is in the back of his car choking – to which the officer continues to tell him to remove his seatbelt and get out the vehicle.

Once out the vehicle, the driver repeatedly asks to be told what is happening, and requests a commanding officer while he is pushed to the ground.

The suit also claims that one of the police officers said Mr Nazario was “fixing to ride the lightning”, the suit says – an apparent reference to the electric chair.

Mr Nazario put up no resistance, according the court filing, with it adding he was pepper sprayed and knocked to the ground regardless.

According to the law suit, once the incident had finished, one of the officers, Mr Gutierrez, apparently said that he understood why the plaintiff looked for somewhere well lit to pull over, saying: “I get it, the media spewing race relations
between law enforcement and minorities. I get it.”