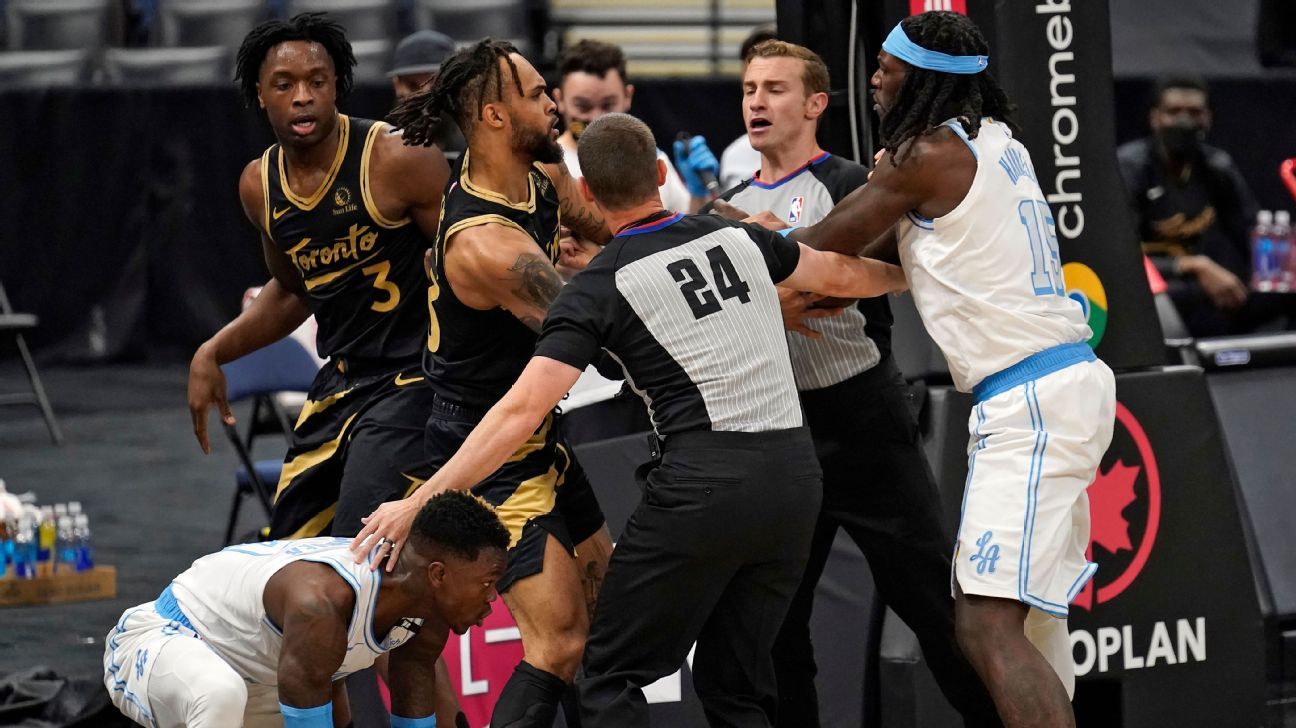 Toronto Raptors guards Fred VanVleet and DeAndre’ Bembry and Los Angeles Lakers guard Talen Horton-Tucker have been suspended one game each without pay for leaving the bench area during an on-court altercation during the Lakers’ 110-101 win on Tuesday.

Raptors forward OG Anunoby and Lakers big man Montrezl Harrell were fined for their roles in the incident.

Anunoby and Harrell were ejected with 2:24 left in the first quarter after Dennis Schroder fouled Anunoby on a layup attempt. Several players, including Harrell, were involved in an altercation after Schroder and Anunoby squared off.

Anunoby, who received a technical foul and was ejected, has been fined $30,000 for initiating the incident by grabbing Schroder by the leg and recklessly flipping him to the ground after the two became entangled.

Harrell, who received a technical foul and was ejected, has been fined $20,000 for aggressively entering the altercation and shoving Raptors guard Gary Trent Jr.