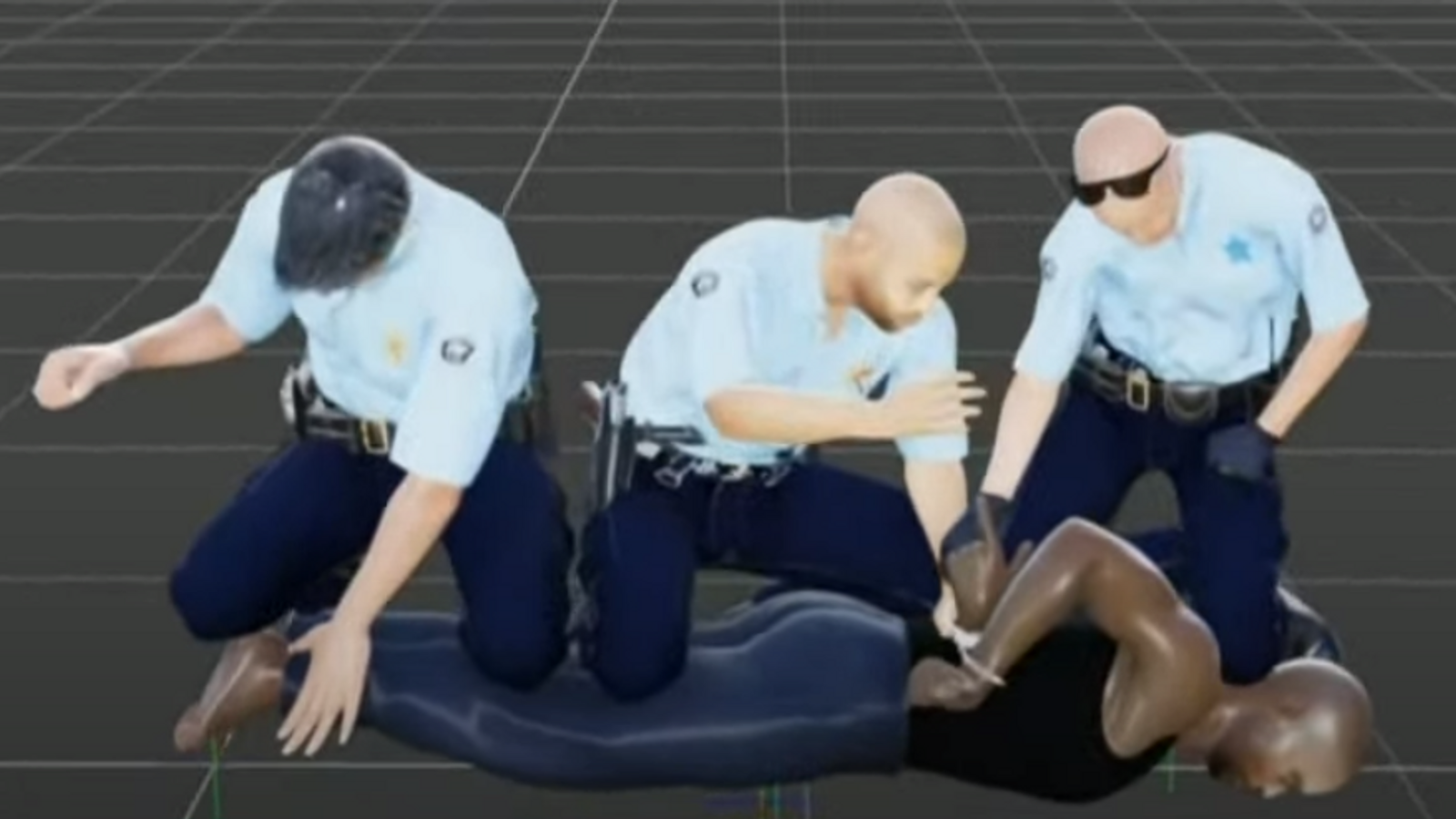 A world-renowned breathing expert has told the George Floyd murder trial that the 46-year-old died from “lack of oxygen”.

Dr Martin Tobin, a lung and critical care specialist from Chicago, said in his testimony at the trial of former Minneapolis police officer Derek Chauvin that Mr Floyd‘s breathing was too shallow to take in enough oxygen while he was pinned facedown with his hands cuffed behind his back for around nine-and-a-half minutes.

He said he had watched footage of the arrest “hundreds of times” to help make a diagram of where the officers were positioned in relation to Mr Floyd when he was on the ground.

The diagram (seen at the top of this article) was presented to the jury and shows Chauvin’s left knee on Mr Floyd’s neck and his right on his arm and chest.

The evidence came just a day after a use-of-force expert also said Chauvin had his knee on Mr Floyd’s neck area – and for the entire time he was being pinned down.

Chauvin, 45, is charged with the second and third-degree murder and manslaughter of Mr Floyd, following his death on 25 May last year.

Mr Floyd, 46, had been arrested after being accused of trying to use a counterfeit $20 bill to buy cigarettes in a neighbourhood shop in Minneapolis.

Dr Tobin told the court on Thursday that the positioning of handcuffs at Mr Floyd’s back as he was arrested, and the fact that he was face down on the street, was key evidence.

The handcuffs were pushed high into Mr Floyd’s back through the actions of the officers, and he was effectively sandwiched between the street and the officers, putting his left side “in a vice”, the court heard.

Dr Tobin said the effect on his left lung was deadly.

“Not quite, but along those lines.”

There was “very little opportunity” for Mr Floyd to get oxygen into his lungs, Dr Tobin added.

George Floyd Killing: The Trial – Follow live continuous coverage of court proceedings in the trial of Derek Chauvin on our website, app, YouTube and Sky Pop Up Channel on 524