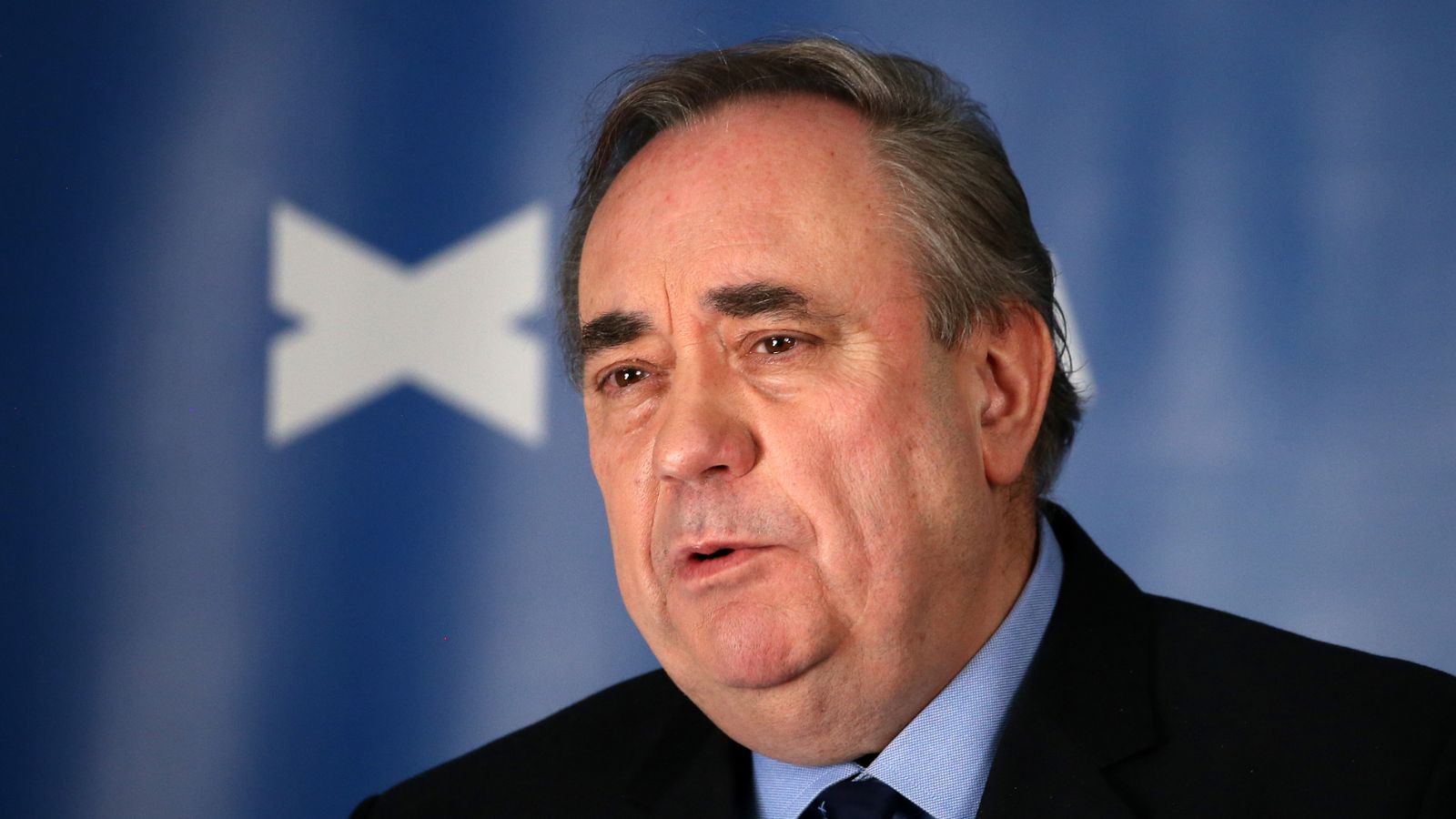 Former Scottish first minister Alex Salmond has refused four times to say whether he believes Russia was behind the Salisbury poisonings.

Mr Salmond, who has formed a new pro-independence party ahead of next month’s Scottish elections, hosts “The Alex Salmond Show” each week on RT – a Russian state-controlled TV network.

In 2019, RT – formerly known as Russia Today – was fined by Ofcom for a “serious breach” of impartiality rules.

The media watchdog said RT’s “failures” had been “serious and repeated”.

The UK government and a host of other countries have blamed Russia for the 2018 nerve agent attack, with Russian President Vladimir Putin directly held liable.

However, asked if he shared the view that Russia was behind the incident during a radio interview on Wednesday, Mr Salmond repeatedly refused to say he agreed.

“I think the evidence is as it came forward,” he told BBC Good Morning Scotland.

Mr Salmond, who now leads the Alba Party, added: “What has this got to do with this election?”

When it was put to him that he works for RT, Mr Salmond told presenter Gary Robertson: “I produce, along with Tasmina Ahmed-Sheikh, a programme for Slainte Media which is then broadcast on the RT platform, as they’re perfectly entitled to do.

“I can tell you from personal experience – I don’t know what your experience at the BBC is – not a single word of editorial instruction or even suggestion has been made to me from anyone at RT and the programme stands on its own merits.”

Asked again if Russia was to blame for the Salisbury attack, Mr Salmond replied: “The evidence was presented at the time.

“I’m struggling to understand what this has got to do with a Scottish election campaign.

“It’s perfectly legitimate for you to ask me about the programme I produce along with others and its broadcast on RT.”

Geez! Alex Salmond with a programme on Russia Today refuses to answer the question as to whether the Russians were behind the poisoning of Sergei Skripal. Extraordinary. There’s your news agenda for the rest of the day…. #BBCgms

Pressed for a fourth time, the ex-SNP leader added: “Evidence came forward as contested, I said it should go to the international tribunals and courts.

“I said that at the time and I think the evidence came forward and people can see it for what it is.

“But what I say to you Gary is, the programme which you have suggested and segued into my views on international politics because I happen to produce a television programme which is broadcast and produced independently and broadcast on RT is quite an extraordinary thing for another broadcaster to do who should be maintaining people’s right to have freedom of expression and produce programmes if they’re independently produced and done.”

Earlier in the radio interview, Mr Salmond suggested the evidence of Russian interference in recent US elections was “very slight”.

Both Mr Salmond and Ms Ahmed-Sheikh, a former SNP MP, are standing as Alba Party candidates at the Scottish parliament elections on 6 May.

Former Scottish Conservative leader Murdo Fraser accused Mr Salmond of “desperately trying to evade” questions during the BBC radio interview and claimed Scottish voters “will be horrified at the prospect of him calling the shots at Holyrood after May”.

SNP MP Pete Wishart posted on Twitter: “Geez! Alex Salmond with a programme on Russia Today refuses to answer the question as to whether the Russians were behind the poisoning of Sergei Skripal. Extraordinary.”