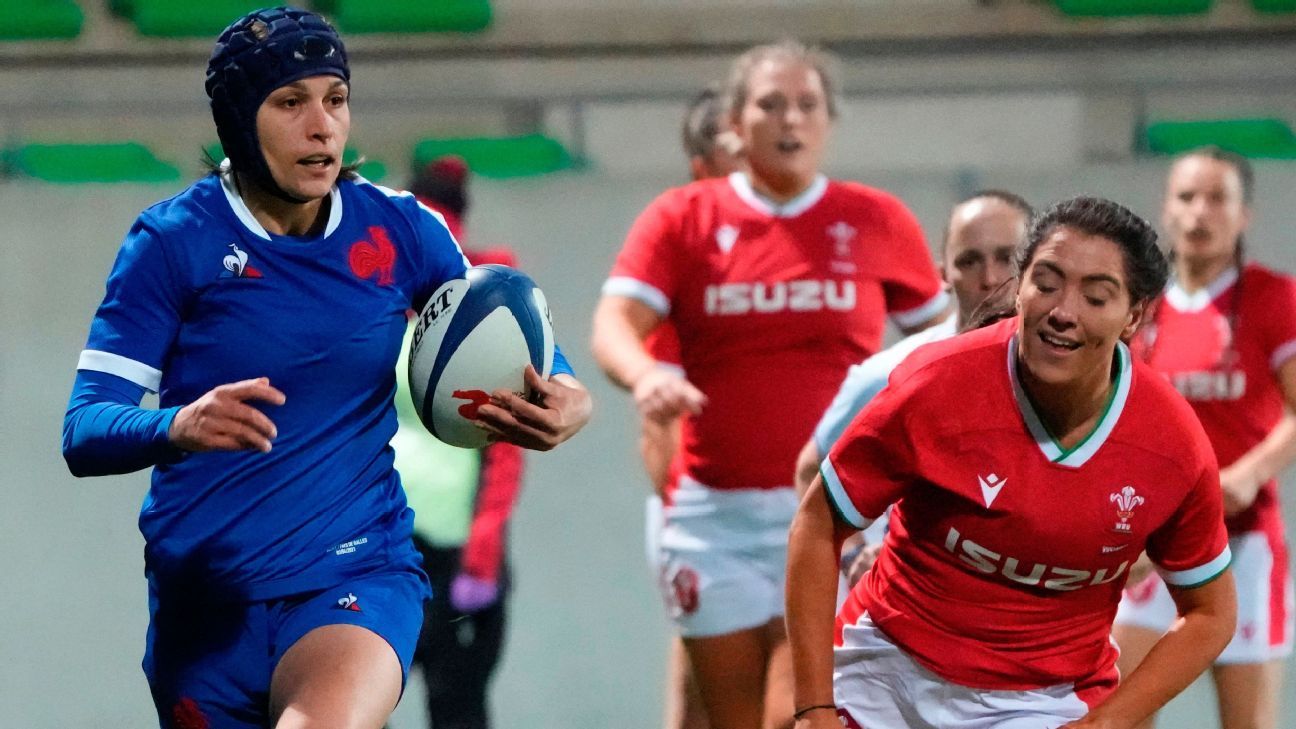 France began their Six Nations campaign with an emphatic 53-0 victory over Wales at the Stade de la Rabine on Saturday.

Winger Caroline Boujard enjoyed an impressive evening after scoring a hat trick inside the opening 15 minutes for Les Bleues in the Pool B clash.

Agathe Sochat also crossed the line as France went in at half-time with a 31-0 lead.

No. 8 Emeline Gros added two more tries after the break while full-back Emilie Boulard also scored on her debut.

Laure Touye finished the scoring in the 84th minute as Pauline Bourdon added 13 points with the boot.

It was a tough start to life for Wales head coach Warren Abrahams who was taking charge of his first game.

“Congratulations to France, they played exceptional rugby there,” he told BBC postmatch.

“For us it’s our attitude and effort, some really good signs of that today. We learned some tough lessons out there, we’re still at the very beginning of our journey.

“There were some positive moments for us but it’s just about the consistency. We didn’t bring to life our attacking game but we had great opportunities there.”

Wales return to action next Saturday when they host Ireland while France’s next match will also be against the Irish on April 17.