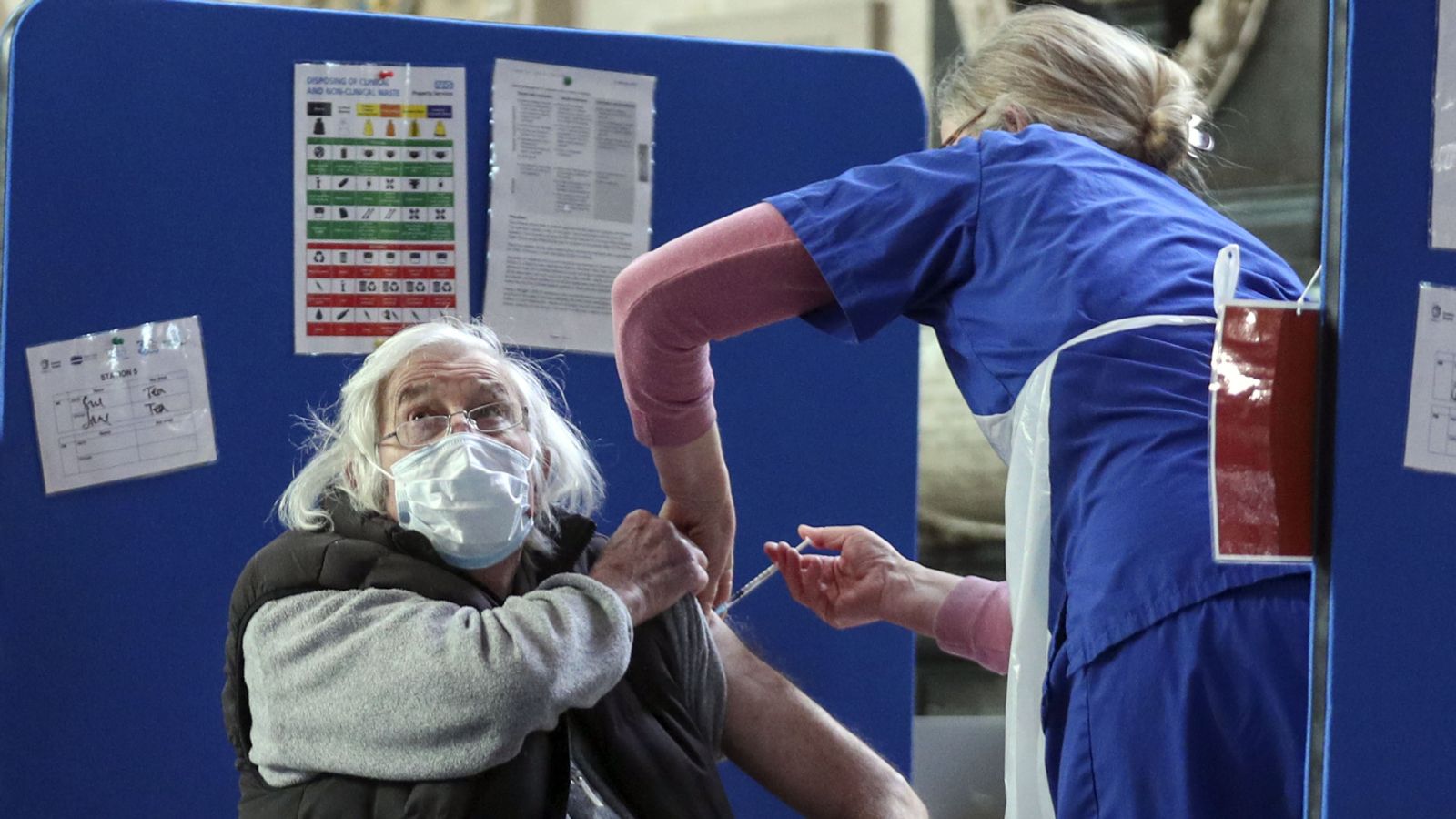 The UK has reported its lowest number of COVID deaths since mid-September, while more than five million people have now had both doses of a vaccine.

The landmark vaccination count was passed as a further 3,423 infections were reported in the latest 24-hour period.

Another 10 deaths have been recorded within 28 days of a positive COVID-19 test, according to government figures, compared to 52 on Friday and 58 last Saturday. It’s the lowest since nine were reported on 14 September.

An extra 381,285 jabs were registered yesterday in total.

Those who have had both doses may be allowed to avoid quarantine on their return from international holidays, it emerged earlier.

According to a report in The Daily Telegraph, those returning to the UK will be expected to have pre-departure COVID tests regardless of their vaccination status under plans from the government’s global travel taskforce.

But those who are fully vaccinated could need fewer tests after visiting low-risk countries and may avoid the 10-day quarantine on return from medium-risk countries.

More details on the government’s plans for non-essential international travel are expected on Easter Monday, when current plans to ease lockdown further on 12 April – which includes the long-awaited reopening of outdoor hospitality and salons – will also be rubber-stamped.

Meanwhile, the medicines regulator has said that of the 18.1 million people who have had the Oxford-AstraZeneca vaccine in the UK, 30 have developed blood clots.

The Medicines and Healthcare Products Regulatory Agency (MHRA) confirmed that of those 30 people, seven had died as of 24 March.

The UK regulator said there is currently no evidence to suggest a causal link between blood clots and the Oxford jab, and that the benefits continue to outweigh any risk.

Concerns have been raised about blood clots after a tiny proportion of cases arose among the tens of millions who have received the Oxford jab.

Some countries, such as Germany, have restricted its use to certain ages but the European medicines watchdog and the World Health Organisation both say it’s safe and effective.