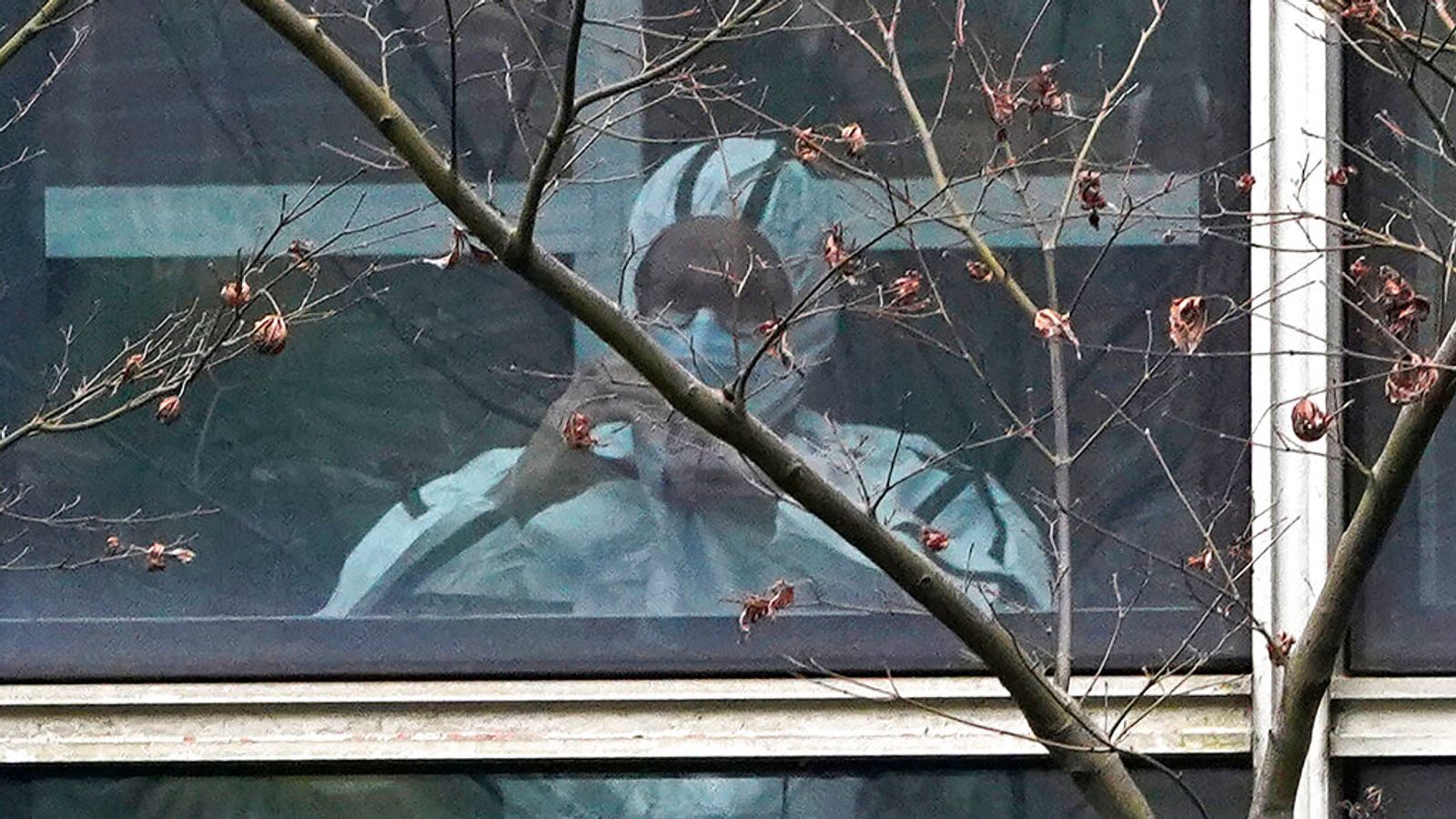 The most likely origin for coronavirus was transmission from a bat to humans via an unidentified intermediate animal species, according to a long-awaited World Health Organisation (WHO) report due to be published today.

The WHO team state that “it remains to be determined where SARS-CoV-2 originated”, according to a draft copy of the report seen by Sky News, but the intermediate host hypothesis was rated “likely to very likely”.

The possibility that COVID-19 escaped from one of the virus laboratories in Wuhan was deemed “extremely unlikely”, although it was not completely ruled out.

It dismissed the theory that coronavirus was deliberately engineered or released by a lab.

The report hints at some of the difficulties faced by WHO investigators.

Detailed talks between China and the WHO began in July last year, but the team of scientists only arrived in Wuhan, the initial epicentre, in January 2021 – more than a year after the start of the pandemic.

When the experts left quarantine, their schedule was tightly controlled because of “Chinese public health regulations”.

As a result, all site visits, meetings and interviews were planned and agreed in advance, the report said.

It offered new details on the WHO team’s work, particularly in the Huanan seafood market, responsible for a large cluster of cases and initially thought to be the source of the outbreak.

WHO said it had found sales records for badgers, porcupines and bamboo rats, and that snakes, salamanders and crocodiles were traded as live animals.

However, it said: “No firm conclusion therefore about the role of the Huanan market in the origin of the outbreak, or how the infection was introduced into the market, can currently be drawn.”

The report makes several suggestions for future investigations, including further tracing of the wildlife farms in China that supplied the Huanan market and of possible virus sources in South East Asia and other regions.

Further WHO investigations in China seem unlikely in the short term.

Zhao Lijian, a Chinese foreign ministry spokesperson, said at a regular press briefing: “I cannot help but ask, when will the US be as open and transparent as China on the epidemic and origin-tracing issues?

“When will the WHO experts be invited to the United States for a visit on origin-tracing?”

Germany deserved to lose against Japan, but can they turn it around before their World Cup is over?
‘They said they had no space’: Family says boy, 5, died after he was sent home from hospital
‘My life was ruined’: Worst areas for uninsured drivers revealed – as victim recalls horror crash
Get ready for a prolonged downturn that’s worse than 2000 or 2008, billionaire VC Doug Leone says
The Taylor Swift tour Ticketmaster chaos explained