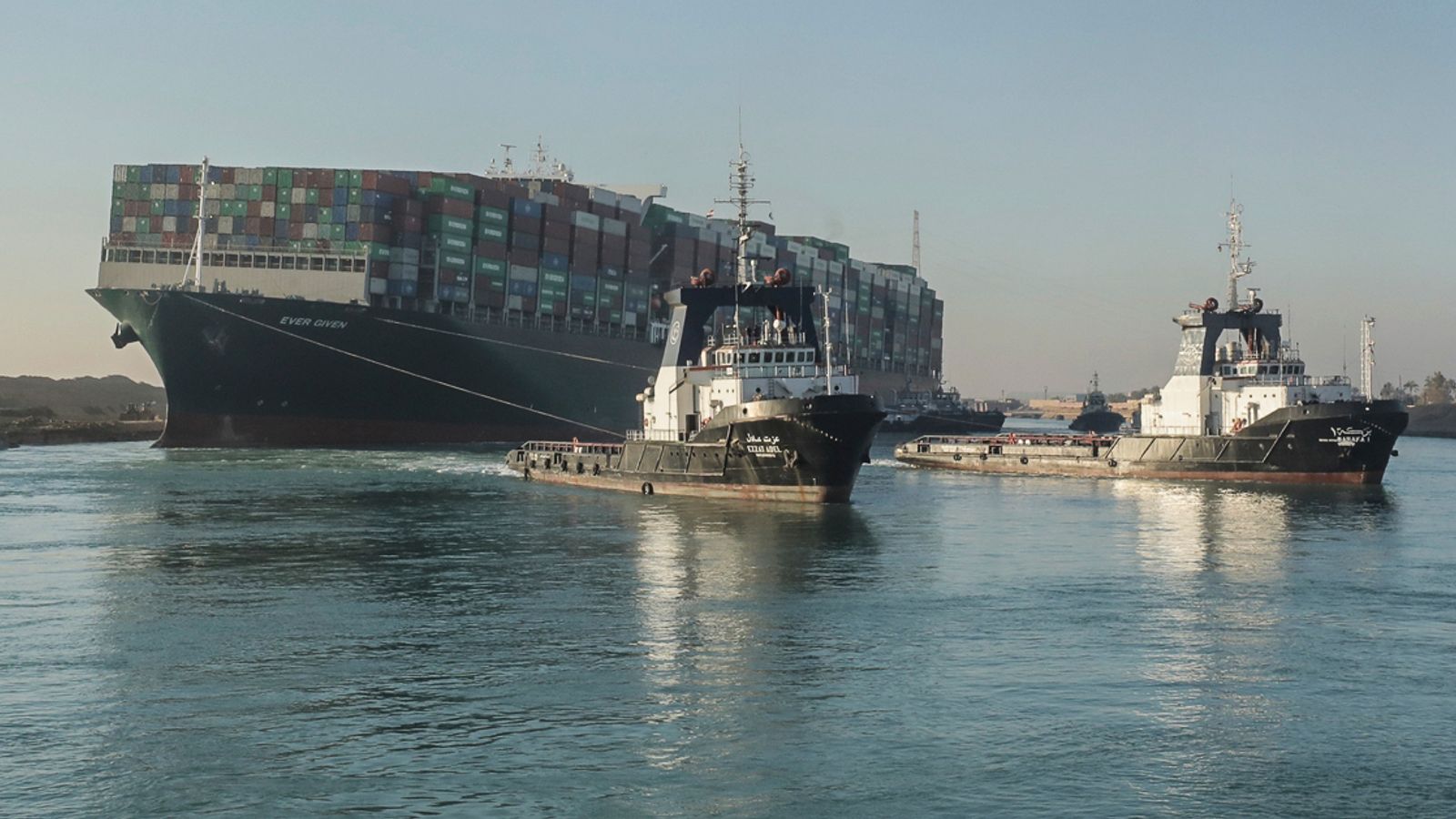 The stranded container ship blocking the Suez Canal has been freed, allowing traffic in the channel to finally resume.

Egyptian authorities said other vessels were moving again after the gigantic Ever Given ship was refloated, which was seen by witnesses for the Reuters news agency.

The Ever Given has started heading towards the Bitter Lakes area, according to Egyptian television.

Efforts to get the ship moving again appeared to have been frustrated after high winds swung it back across the channel after its partial refloating earlier on Monday.

Its partial refloating followed intensive efforts to push and pull it with 10 tug boats and vacuum up sand with several dredgers at high tide.

Osama Rabei, the head of the Suez Canal Authority, confirmed the ship had responded successfully to “pull-and-push manoeuvres”.

He had said workers had almost completely straightened the vessel’s course and that the stern had moved 102 metres (334 feet) from the canal bank.

The oil price fell as news of developments in the canal emerged, with the price of Brent crude down by 2% to just over $63 (£46) a barrel.

It had been feared the Panama-flagged, Japanese-owned ship might be stuck for weeks.

Dredgers overnight shifted more than 27,000 cubic metres of sand – to a depth of 18m (59ft) – with work taking place around the clock.

The skyscraper-sized Ever Given became stuck in Egypt’s Suez Canal last Tuesday and the resulting disruption to the vital waterway has held up £6.5bn in global trade each day.

Hundreds of other vessels had remained trapped in the canal waiting to pass, carrying everything from crude oil to cattle.

More than two dozen vessels opted for the alternative route between Asia and Europe around the Cape of Good Hope, adding around a fortnight to journeys and threatening delivery delays.

The 400m (1,312ft) long Ever Given became jammed diagonally across a southern section of the canal in high winds.

As of Saturday, 321 boats were waiting to get through the canal, including dozens of container ships, bulk carriers and liquefied natural gas (LNG) or liquefied petroleum gas (LPG) vessels.

ACC football schedule release: Every game for every team in 2023
Holocaust survivor describes horror of watching Nazi death squad kill her mother
Sunak urged to ‘come clean’ over what he knew about Zahawi tax scandal
Biden’s beach house searched by US Justice Department
No 10 admits ‘very difficult’ day ahead as hundreds of thousands of workers go on strike