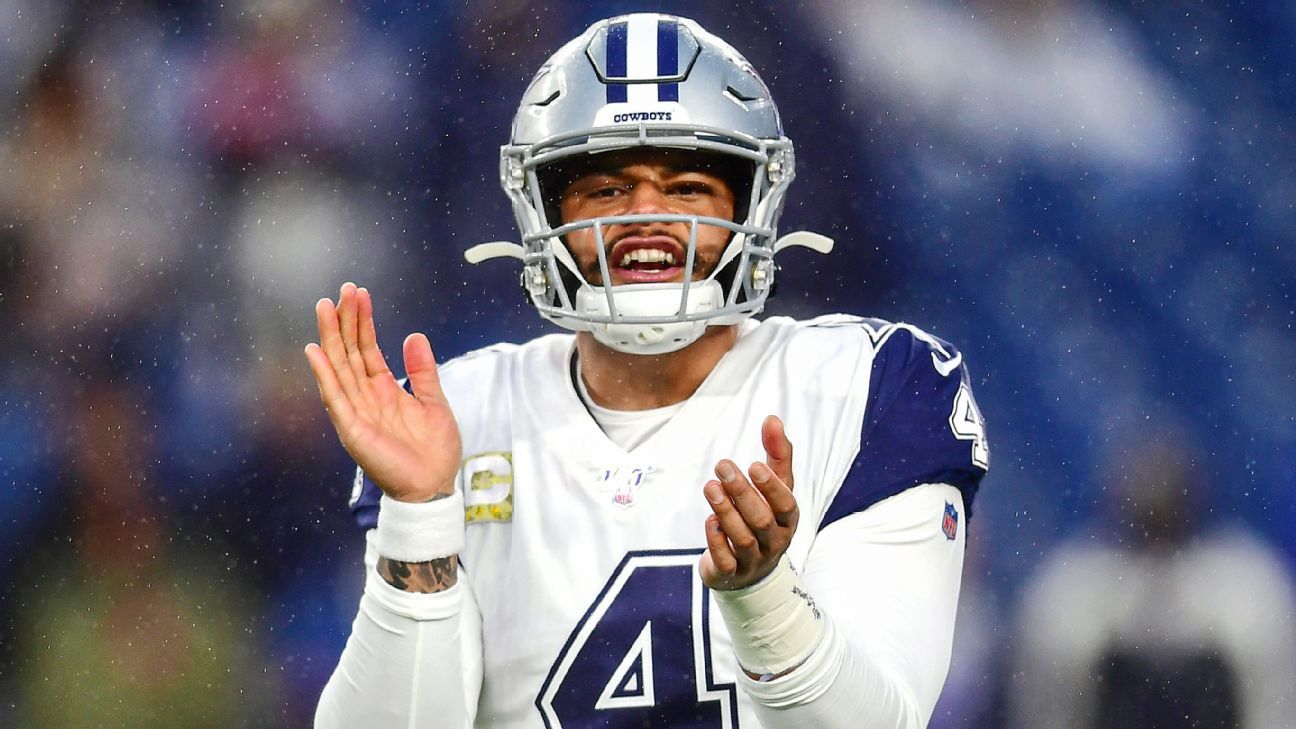 Dallas Cowboys coach Mike McCarthy, while vacationing in Florida, knew what he wanted to do earlier this month when hearing the news that quarterback Dak Prescott had finally signed a long-term deal.

“It’s a lot easier to do cartwheels on the sand, I’ll say that,” said McCarthy, during a press conference Thursday. “Obviously I was very excited.”

It’s hard to blame McCarthy for being excited, knowing that Prescott is locked in for four more years. Prescott played only five games last season because of a compound fracture and dislocation of his right ankle.

At the time of his injury, Prescott ranked eighth in the league with a total QBR of 78.7. He threw nine touchdowns to four interceptions.

With Prescott, Dallas’ offense ranked first in yards per game and third in points. Without him, the Cowboys ranked 27th in yards and 23rd in points.

“Dak is the keystone of this team,” McCarthy said. “I’m excited about year two on offense. In a lot of ways we didn’t feel like we got to have a year one.”

McCarthy said Dallas will continue to look at veteran quarterbacks to back up Prescott, after Andy Dalton exited in free agency. But, for now, he’s just pleased to see Prescott continuing to progress in his recovery. He said he talked with Prescott briefly before entering the room for his press conference Thursday.

McCarthy wants to see how all aspects of Prescott’s game evolve in their second year together.

“His presence and natural leadership ability is something that will continue to grow,” McCarthy said. “You’ll see that in the locker room.”

During Prescott’s press conference earlier this month, the quarterback said he wants to be a “smarter player” and understands that there are times he doesn’t have to be a physical runner. Or that he needs to know that he can treat a scramble differently depending on the game situation — whether he should slide or dive for a first down.

“Quarterbacks are clearly protected more, that’s why you see wide open offenses,” he said. “I don’t think it’s going to be a huge adjustment for him. I don’t think he needs to lower his shoulder and stiff arm maybe as much.

“Jerry [Jones] probably wants him to run out of bounds every play. He just has to be more mindful of it. I don’t ever try to make a statement to a player that may make him hesitate. Hesitation in the NFL, you’re a step slower than your opponent and that can potentially put you in a worse position.”