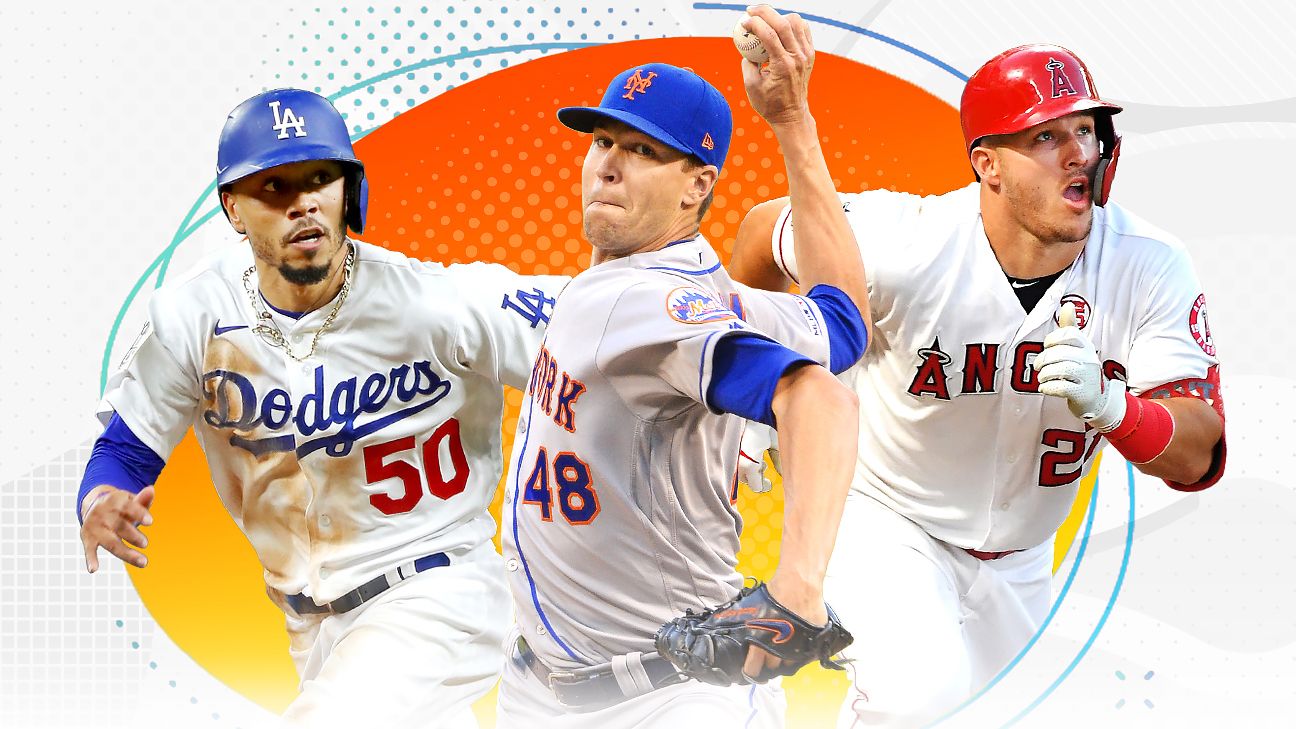 Who will be the best player of the 2021 MLB season?

With Opening Day nearly upon us, it’s time to break down how baseball’s elite stack up.

To create our annual MLB Rank list of the top 100 players in the sport, we presented our panel of ESPN baseball experts with multiple pairings of the biggest names in the game and asked simply, “Which player will be better in 2021?”

This final portion of our list — the top 25 — features Cy Young Award winners, MVPs, veterans already building Hall of Fame résumés and breakout megastars primed to dominate the sport for years to come. But which one is No. 1?

Alongside each player below, you’ll find a relevant stat or storyline to put his position on the list in context.

On Monday, we revealed Nos. 100-51, featuring rising stars like the reigning National League Rookie of the Year and a trio of young hitters in Chicago who help make the White Sox one of the American League’s most exciting teams. On Tuesday, it was Nos. 50-26, featuring seven shortstops in what is truly a golden age for the position.

Today, we determine the No. 1 player overall in the game, pitting names like Mike Trout, Mookie Betts, Juan Soto and Ronald Acuna Jr. against each other and helping to settle — or add more fuel to — positional debates like who is MLB’s best starting pitcher.

Why he’s here: Harper enters his third season with the Phillies after a strong 2020 campaign in which he hit .268/.420/.542 with 13 homers. The right fielder is still just 28 years old, which seems nearly impossible given how long he’s been on the minds of baseball fans, but he has yet to win his first playoff series as a major leaguer, something Philadelphia undoubtedly envisioned when it signed him to a 13-year, $330 million deal. — Joon Lee

Why he’s here: This will be a critical season for Judge, who turns 29 in April. Fans have been waiting three years for a glimpse of a season like Judge’s monumental 52-homer Rookie of the Year campaign in 2017. But since the start of the 2018 season, Judge has played in just 242 games out of the scheduled 384. — Marly Rivera

Why he’s here: With the offseason trade of Nolan Arenado to the Cardinals, Story has become a one-man act for the Rockies. And with the two-way standout shortstop heading into a walk year, Story’s act might be a limited-run performance. If Colorado falters as the projections suggest, Story will be a hot commodity on the in-season trade market. Only Francisco Lindor and Xander Bogaerts have compiled more fWAR among shortstops over the past three years, and Story may be a better all-around performer than them both. — Bradford Doolittle

Why he’s here: Given a full season to recover from hip surgery — and build a strong enough base so that his mechanics didn’t waver through the rigors of a season — Seager returned to the superstar form he displayed in his early years, batting .307/.358/.585 with 28 extra-base hits in 52 games during the regular season. He then won NLCS MVP and World Series MVP. Now he’ll head into his free-agent year looking to cement his place among the game’s most valuable players. — Alden Gonzalez

Why he’s here: Seven years have gone fast as Scherzer is entering the final season of his contract in Washington in 2021. After years of ERAs in the 2.00s, his ballooned to 3.74 in 2020, hardly a huge cause for concern but a drop-off nonetheless. Is Scherzer entering the “just good” stage of his career, or is he still elite? — Jesse Rogers

Why he’s here: Re-signing LeMahieu was arguably the best move made in the AL this offseason. In two years with the Yankees, LeMahieu has twice finished in the top five in MVP voting and led the majors in batting average in 2020. While other players might see a decline at 32, LeMahieu’s versatility in the field and discipline at the plate continue to set a gold standard. — Rivera

Baseball is back, and so is fantasy! Get the gang back together, or start a new tradition.
Join or start a league for free >>
Prepare with rankings & analysis >>

Why he’s here: Buehler took some time off when the 2020 season initially shut down and was thus slow to build up when MLB restarted midsummer. But Buehler was at his best when it mattered most, allowing just five runs and striking out 39 batters in 25 innings during the postseason. He’s only 26 and has already established himself as one of the game’s best big-game pitchers — and it seems as if the best is yet to come. — Gonzalez

Why he’s here: Bauer, the NL’s reigning Cy Young winner, parlayed a sterling truncated season with the Reds into what is essentially a three-year, $102 million contract with baseball’s reigning champions. While eyes will be fixed on how well he meshes with a club packed with established stars, of more tangible interest will be Bauer’s quest to repeat his award-winning showing for Cincinnati. Coming off a season in which he posted a 1.73 ERA, there would seem to be nowhere to go but down. Then again, few players in MLB today have a greater penchant for self-improvement than Bauer. — Doolittle

Why he’s here: Making contact has never been more difficult than it is now for hitters, and over the past four years, Rendon has struck out only 24 more times than he has walked. In that stretch, he batted .307/.399/.550 while playing Gold Glove-caliber defense and accumulating 22.6 FanGraphs WAR, trailing only Trout and Betts. — Gonzalez

Why he’s here: Bieber emerged as one of the game’s best pitchers over the past two seasons and put together a remarkable 2020 campaign. He posted a 1.63 ERA and 0.87 WHIP in 12 starts and was in the hunt for the American League MVP award for much of the year in addition to the Cy Young he eventually won. — Lee 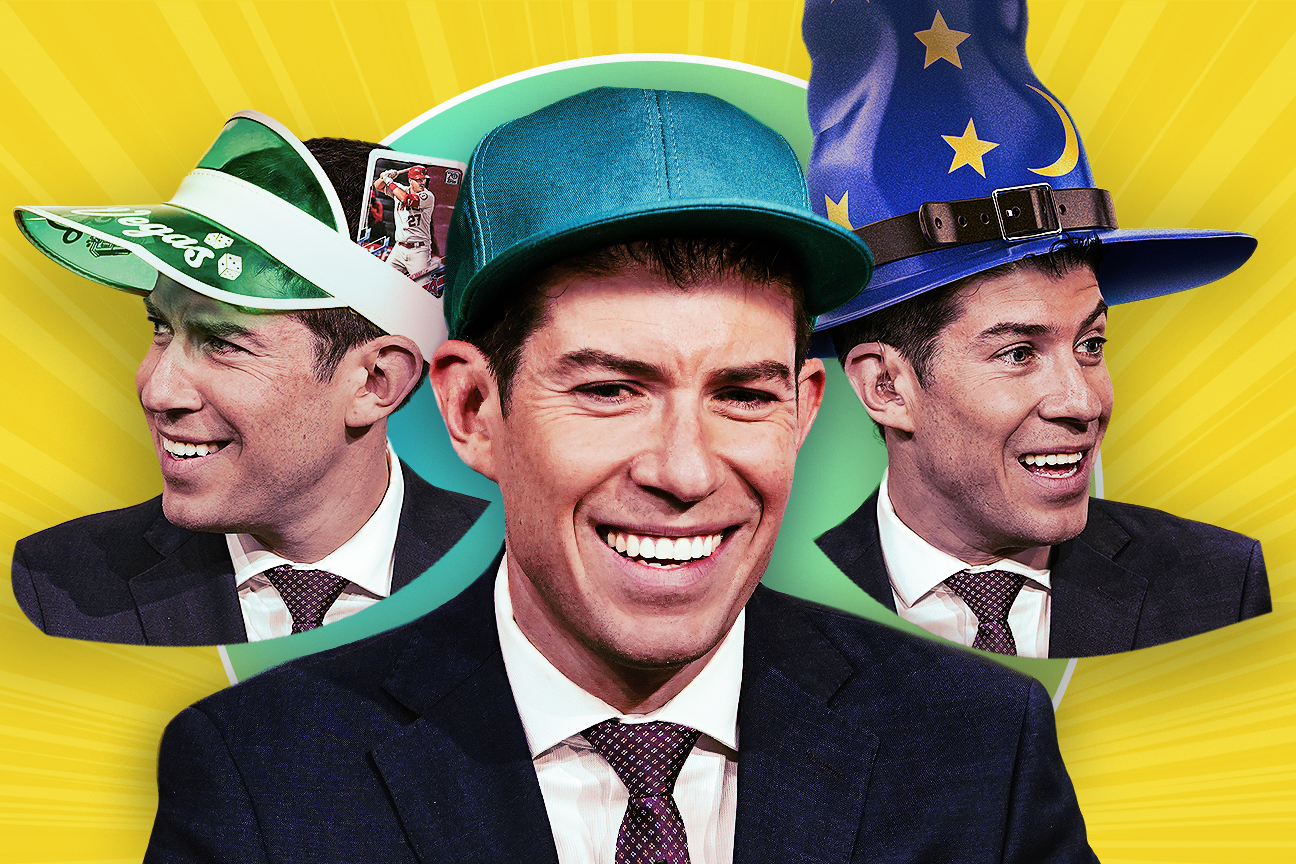 From fantasy to gambling to soothsaying, Passan dons many hats to identify breakout players and teams that will win big in the year ahead.

Why he’s here: Bregman is coming off a forgettable 2020 season in which, perhaps more than any other fallen Astro, his on-field swagger appeared to wane amid the avalanche of derision that fell on Houston. The telltale metric was that Statcast credited Bregman with just five barrels on 128 batted balls a season ago. As Bregman eases into his prime seasons, he’ll look to return to hitting rockets, and if he does, he’ll remind everyone why he was second in AL MVP voting during our last full season. — Doolittle

Why he’s here: Bellinger is a naturally gifted fielder with a plus arm, elite speed and majestic power. When he gets the timing of his intricate load and swing right, he’s one of the game’s greatest players, as he showed through most of his MVP season in 2019. But sometimes, as was evident throughout the shortened 2020 season, his mechanics go awry, necessitating frequent maintenance. Bellinger was never quite in sync last year, batting .233/.329/.455 if you include the postseason. — Gonzalez

Why he’s here: Arenado played through shoulder pain (AC joint) for most of 2020, which led to a career-worst .253/.303/.434 over 48 games. Many question whether his numbers will transfer outside of mile-high Denver, but the 29-year-old claims he is “ripping” the ball with no issues this spring, and that’s good news for the Cardinals. In Colorado, Arenado twice led the league in both homers and RBIs, and he was a four-time Silver Slugger Award winner. Arenado’s eight Gold Gloves will also bring an upgrade at the hot corner to an already talented defensive infield. — Rivera

Why he’s here: This will be a crucial year for the two-time Gold Glove shortstop and four-time All-Star. “Mr. Smile” is coming off a down final season in Cleveland in which he hit a career-low .258 with 8 home runs. Now he will need to keep his contract negotiations from being a distraction as he dons a Mets uniform and takes center stage in New York. — Rivera

Why he’s here: Of all the players who struggled in 2020, Yelich might have made the fewest excuses. He’s now playing with a chip on his shoulder, and Brewers manager Craig Counsell is positive he’ll return to form. Before posting a .786 mark last season, he led the National League in OPS his first two seasons in Milwaukee. — Rogers

Why he’s here: He has played only a full season’s worth of major league games and has already secured a 14-year, $340 million contract while being considered the new face of baseball. Why? Well, that one-season sample (143 games, 629 plate appearances) included a .301/.374/.582 slash line, 39 homers, 27 stolen bases, 8 triples and a 7.0 Baseball-Reference WAR — all before turning 22. No player has ever accumulated more Baseball-Reference WAR within his first 150 games. — Gonzalez

The best prospect since Mike Trout leads our rankings. Where do your team’s future stars land on the list?

Why he’s here: It’s going to be almost impossible for Freeman to match the .341/.462/.640 line that won him MVP honors in 2020, but maybe he can do it again. He had more walks than strikeouts in 2020, with career-best rates in both categories. Having fewer strikeouts leads to a higher average and OBP, and he didn’t sacrifice any power in cutting down the K’s. — Schoenfield

Why he’s here: He wasn’t far from a third consecutive Cy Young award in 2020, finishing third behind Trevor Bauer and Yu Darvish. With deGrom’s velocity up this spring and an improved lineup around him, Mets fans can expect more deGrom dominance — and more than likely some better run support — in 2021. — Rogers

Why he’s here: Baseball’s best pitcher admitted to being affected by the stop-and-start nature of last year’s pandemic-shortened season. Cole still lived up to his ace billing, going 7-3 with a 2.84 ERA in 12 regular-season starts in 2020, with 94 strikeouts over 73 innings. But the Yankees’ $324 million right-hander does have to clean up his propensity to serve up home runs, as his 14 homers allowed was the second most in the majors. — Rivera

Why he’s here: It’s so easy to forget that Acuña is still just 23 years old, given how quickly he has established himself as one of the sport’s most feared hitters, belting 14 homers and posting a .250/.406/.581 line in 46 games last year. Given the astronomical 14-year, $340 million contract given to Fernando Tatis Jr., Braves fans should feel lucky that the team has locked up the superstar outfielder to an eight-year, $100 million deal. — Lee

Why he’s here: Dodgers players and coaches knew Betts was good before he joined them last year. They just didn’t realize how good. After sharing the same uniform for one season, they came away amazed by how sharp he was defensively, how well he worked counts, how forcefully the ball jumped off his bat and how perfectly he ran the bases. Betts is a five-tool player in every sense of the word. His 38.4 FanGraphs WAR from 2015 to 2020, topped by only Mike Trout, backs that up. — Gonzalez

Why he’s here: Last season was Trout’s worst since his cup-of-coffee debut a decade ago. His batting percentages were down across the board. He stole just one base and posted poor defensive metrics. He also deservedly finished in the top five of AL MVP voting for the ninth season in a row. If you can judge a player’s greatness by his worst seasons, with Trout, you can see at a glance why he’s as much in a race with the likes of Babe Ruth and Willie Mays for historical supremacy as he is with Mookie Betts, Juan Soto and Fernando Tatis Jr. for the best-right-now throne that remains his, and his alone. — Doolittle