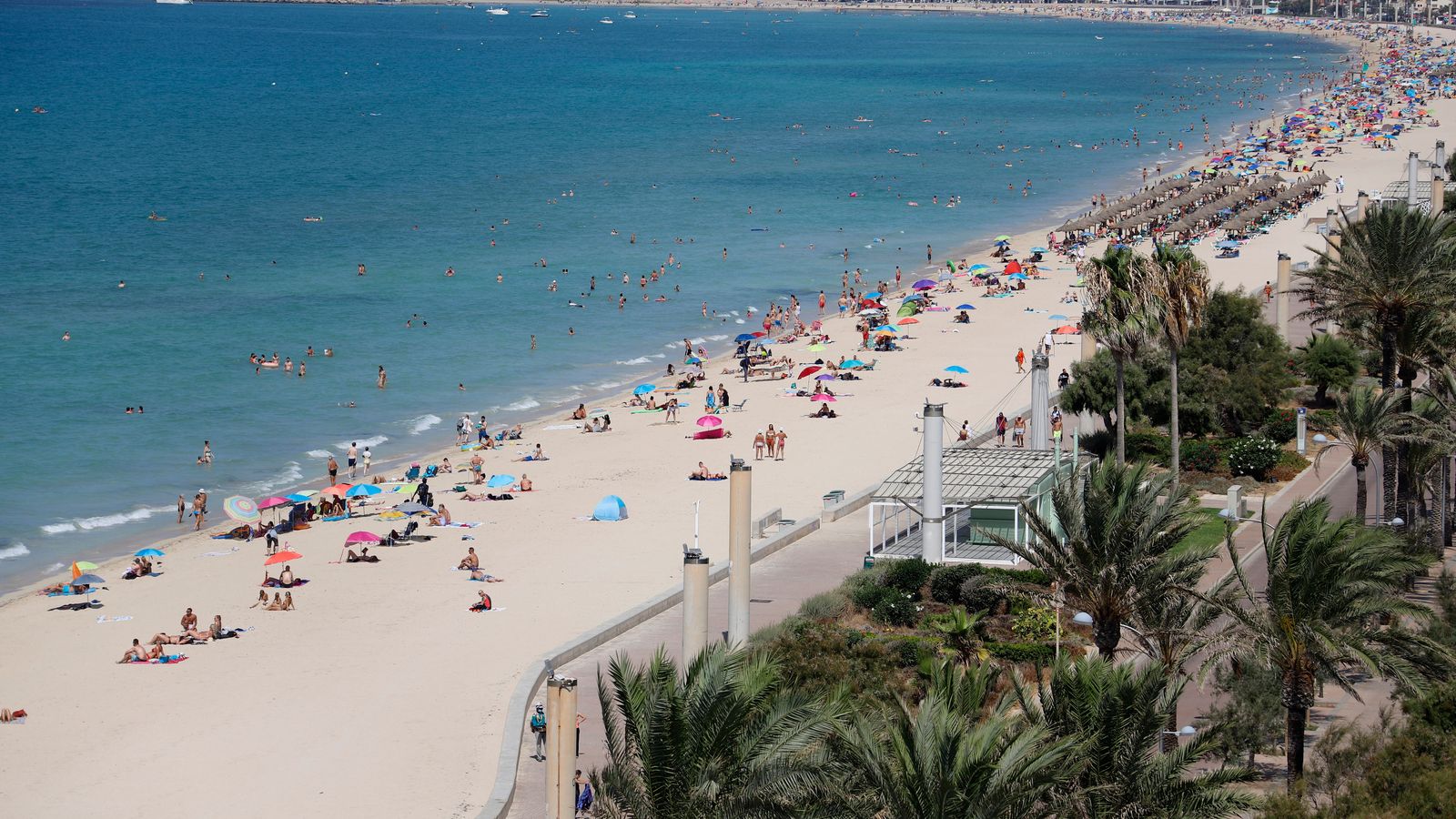 There is growing pressure on the government to allow foreign holidays, despite fears of a third wave of the coronavirus being imported from Europe.

Britons are not currently allowed to leave the country unless their travel comes under a limited list of exceptions, and all arrivals must isolate, with those coming from high risk countries expected to isolate in hotels.

Tory politicians are among those calling for an easing of these restrictions, with former minister Desmond Swayne saying: “The whole point of having a successful vaccine campaign is that we want to take advantage of it.”

The UK has given a first dose of the coronavirus vaccine to 51% of its estimated 52.7 million adults – one of the world’s most successful COVID-19 vaccination programmes.

That success, along with the lockdown, has meant a fall in deaths and cases in the UK, with 96 deaths within 28 days of a positive test reported on Saturday, and a further 5,587 cases.

“I do feel that we’ve got an excess of caution and not enough sense of urgency about the damage.”

Huw Merriman, chairman of the transport select committee, said: “Given the success of the UK’s vaccine rollout, it’s essential we hold firm to our dates and give a dividend in the form of international summer travel.

“This will give everyone a lift and help preserve jobs in the travel industry.”

Transport Secretary Grant Shapps has said he is concerned about developments in Europe, where infection rates are rising and many countries are strengthening restrictions.

France has seen its biggest one-day jump in cases since November, Germany says infections are rising exponentially, and Italy last week became the third country in Europe to exceed 100,000 deaths.

There are fears that low rates of vaccination across the bloc could lead to new variants capable of evading the vaccines that would otherwise keep most of the UK’s vulnerable people safe.

A government taskforce is due to update the prime minister on 12 April about the possibilities for resuming foreign travel but it seems likely that summer holidays overseas this year will be cancelled.

Former cabinet minister David Davis backed an “intelligent block on countries that have got third waves” rather than extending a blanket ban on overseas travel.

He added: “You use vaccination passports, plus testing, plus quarantine, plus absolute blocks on high-risk countries. That’s the suite of things we should use.”

Prof Mike Tildesley, a member of the Scientific Pandemic Influenza Modelling group, which reports into the government’s Scientific Advisory Group for Emergencies (SAGE), told BBC Radio on Saturday: “International travel this summer is, for the average holidaymaker, sadly I think, extremely unlikely.

“We are running a real risk if we do start to have lots of people going overseas in July, for instance, and August, because of the potential for bringing more of these new variants back into the country.”

Europe’s vaccination programme had been sluggish even before a three-day pause in the use of the Oxford-AstraZeneca vaccine last week over fears it might be linked to blood clots.

The vaccine was declared “safe and effective” by Europe’s medicines regulator but the delay, as well as supply problems and the initial reluctance of some leaders to support the AstraZeneca vaccine have all taken their toll on the EU’s vaccination hopes.

President of the European Commission Ursula von der Leyen has threatened to ban exports of COVID-19 vaccines to the UK to make sure there were enough for Europeans.

She said yesterday: “We see the crest of a third wave forming in member states, and we know that we need to accelerate the vaccination rates.”

AstraZeneca in particular could face export bans to countries outside the EU if it did not speed up its deliveries to the 27-nation bloc, the commission said.

The EU wants to vaccinate 70% of adults by the end of summer.