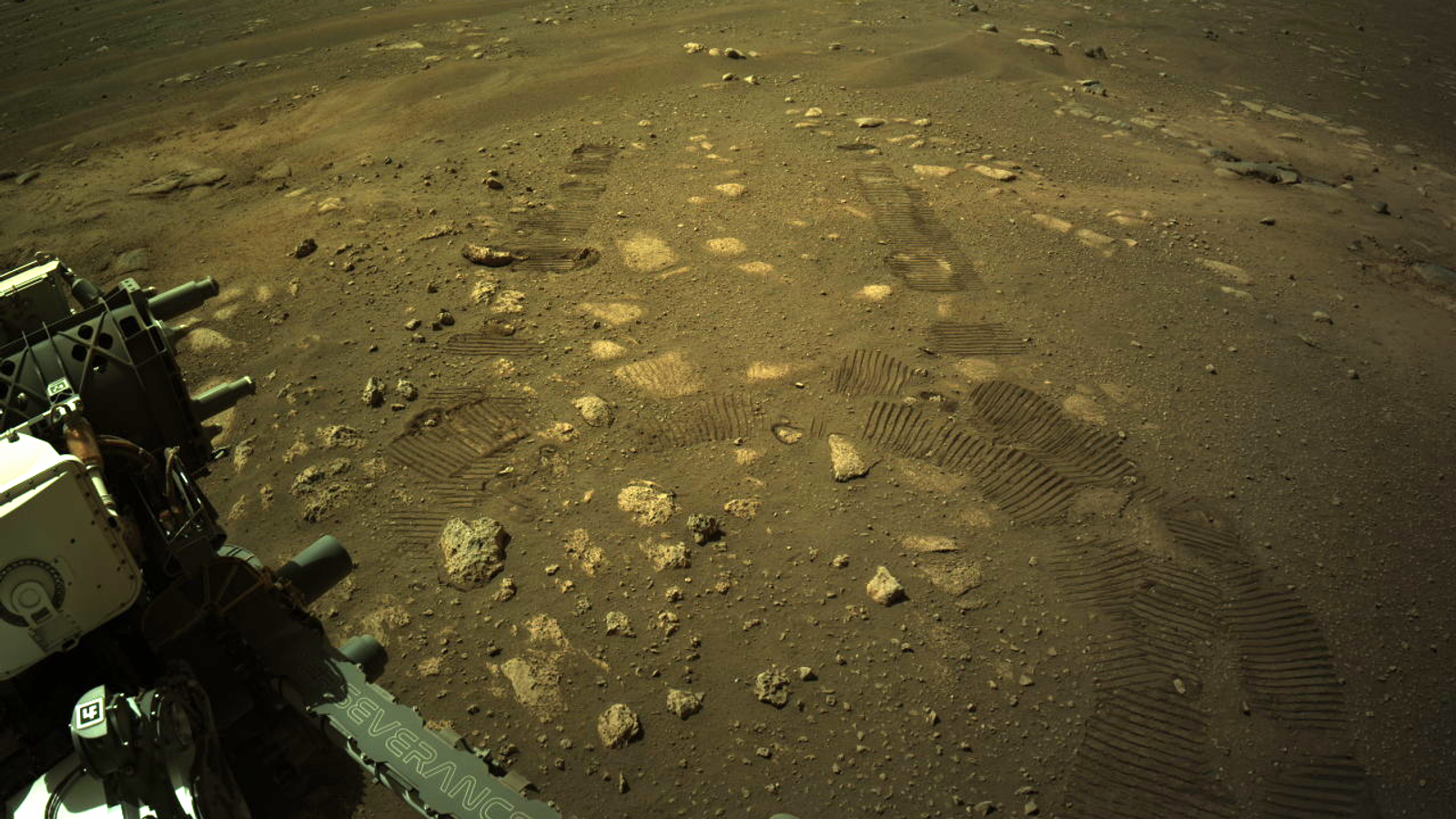 NASA’s Perseverance rover has sent back the first sounds of it driving on Mars – giving further insight into the Red Planet’s environment.

The recording was captured by one of its two microphones and you can hear the noise of its six metal wheels driving across Mars’ surface.

“Hear that? That’s the sound of me driving over Martian rocks. This is the first time we’ve captured sounds while driving on Mars,” the NASA team posted on the rover’s Twitter feed.

The bangs, pings and rattles as it explores the Martian terrain forms part of a 16-minute raw audio feed released by NASA’s Jet Propulsion Laboratory in Pasadena, California.

“If I heard these sounds driving my car, I’d pull over and call for a tow,” Dave Gruel, an engineer on the rover team, said.

“But if you take a minute to consider what you’re hearing and where it was recorded, it makes perfect sense.”

The one-tonne rover carries two microphones. One already has captured the sounds of wind and rock-zapping lasers, and the other the descent and landing. The second has also recorded Perseverance’s 90ft (27.3m) drive on 7 March.

Engineers are investigating whether it was caused by electromagnetic interference or the rover’s movement.

“The variations between Earth and Mars – we have a feeling for that visually,” said Vandi Verma, a senior engineer who has helped drive NASA’s last four Mars rovers.

“But sound is a whole different dimension: to see the differences between Earth and Mars, and experience that environment more closely.”

NASA chose to land Perseverance near an ancient river delta and former lake known as the Jezero Crater, where it will drill deep down into the sediment of where water once flowed, collecting material that may hold signs of life.

The £1.9bn effort has already achieved much more than most, given how approximately half of all mankind’s missions to Mars have failed.

Perseverance carries 19 cameras with it – more than any other interplanetary mission in history.

The rover is also kitted out with a navigation system to help it avoid dangerous boulders and ravines, a range of scientific instruments for performing experiments, and a miniature helicopter called Ingenuity that will become the first rotorcraft to fly on another planet.

The rock and soil samples Perseverance gathers won’t be analysed immediately, but will be sealed in tubes and left in a well-identified place on the planet’s surface for a future mission to collect.