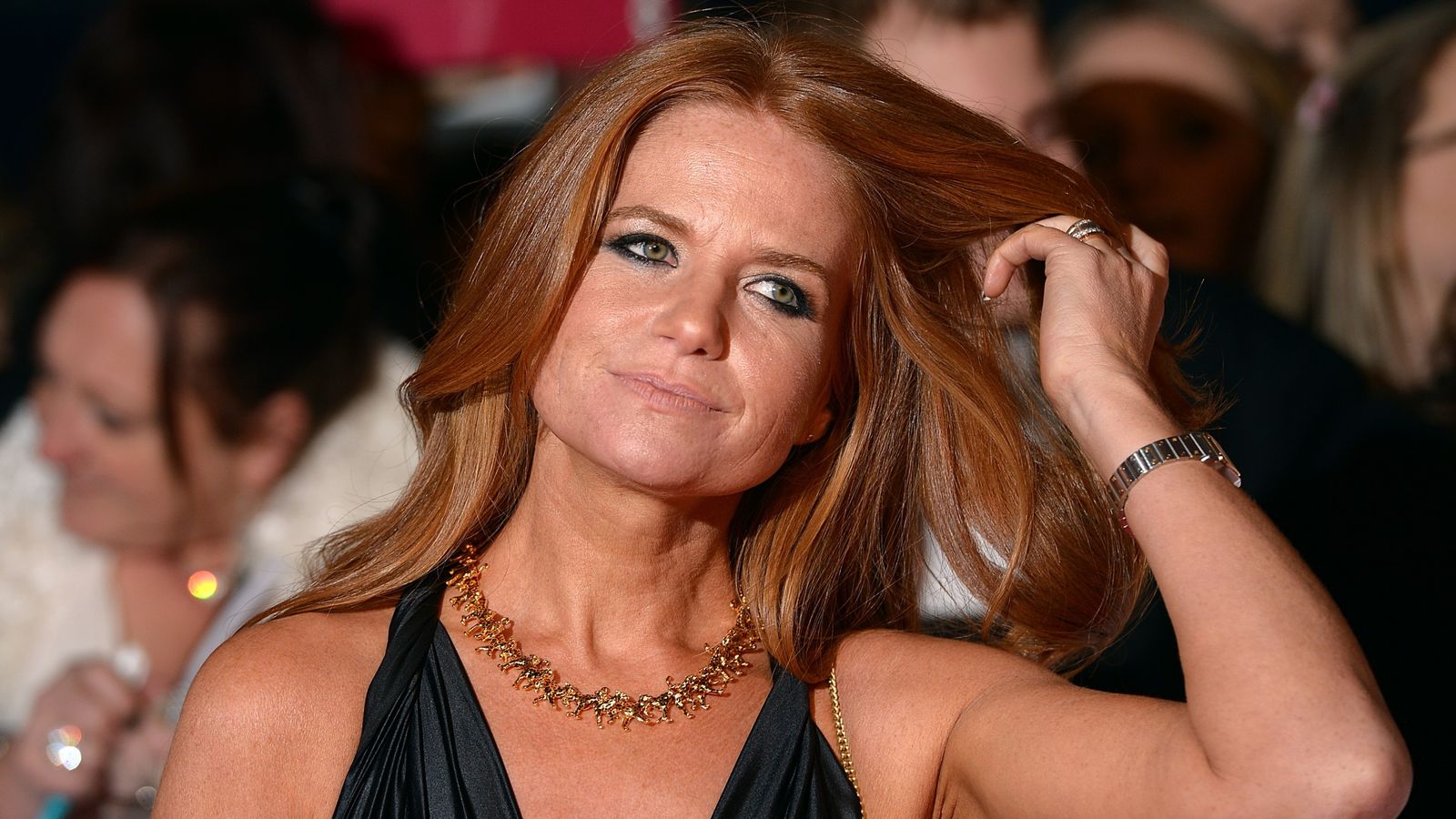 Patsy Palmer has shut down an interview with Good Morning Britain after being billed as going from “addict to wellness guru”.

The former EastEnders actress said she was doing a “Piers Morgan” after seeing how she was described on the strapline which appeared on the screen below her name.

Palmer was appearing on the breakfast show live from her living room in Malibu, California, via Zoom.

From the outset of the chat, the 48-year-old seemed on edge – and as parallels were drawn between her move to the US and that of Prince Harry and Meghan, the actress leant in to read the written details on the screen.

Holding her dog Boo on her lap, Palmer responded to Susanna Reid’s first question over whether she got more privacy now: “Yeah, I think you do,” before saying: “You know what, actually, I don’t even want to do this interview because I don’t even want to look at what it says at the bottom of that screen.

“So, I’m just going to switch off and do a real Piers Morgan and just say, it’s not OK to have ‘from addict to wellness guru’ on the bottom of the screen.”

Palmer added that the addiction issues “were talked about by me many, many years ago and it’s over”, in reference to parts of her 2007 autobiography, All Of Me, in which she spoke about battles with drink and drugs.

More from Duchess Of Sussex

Both Reid and co-host Ben Shephard swiftly apologised, saying it was never their intention to upset her.

However, it was too little to late for Palmer, who abruptly shut her laptop, cutting off the link and ending the interview.

Reid added: “I had no idea that was on the screen. Well that’s a terrible shame. Our apologies to Patsy. She’s entitled not to do the interview and we carry on.”

The hosts went on to say they had hoped to talk about her “journey” from a stint in rehab, to launching her own wellness brand.

The actress, who recently took part in ITV reality show The Masked Singer, had shared a photo on Instagram ahead of the interview, saying that she was a “morning person” and staying awake for the chat (which due to the US time difference was late in the evening) was tough.

She later posted an Instagram story telling fans “I haven’t written a book in 20 years” and reminding them that “people change”.

Palmer’s swift exit mirrors that of former GMB host Morgan’s unscripted walk off earlier this month, after he took umbrage at being disagreed with live on air.

The 55-year-old huffed from the set during a heated discussion with weather presenter Alex Beresford after earlier comments in which he said he didn’t believe statements made by the Duchess of Sussex during her much talked about interview with Oprah Winfrey.

Morgan was later criticised by mental health charity Mind, who said they were “disappointed and concerned” about the way he had spoken about the duchess’s mental health.

Meghan has since complained to Ofcom over Morgan’s words. The TV watchdog was already investigating his comments after receiving more than 41,000 complaints from members of the public.

Morgan, who has not apologised for his comments, has since left GMB.

Rupert Murdoch and Jerry Hall to divorce – reports
X Factor star’s fiancee dies on morning of their wedding day
Boots suitor pins hopes on quartet of lenders as debt market jitters grow
‘A dark day for women’: Billie Eilish blasts US abortion ruling as she becomes Glastonbury’s youngest headline act
Texas gunman could have been neutralised ‘in three minutes’ – and police did not check door was locked