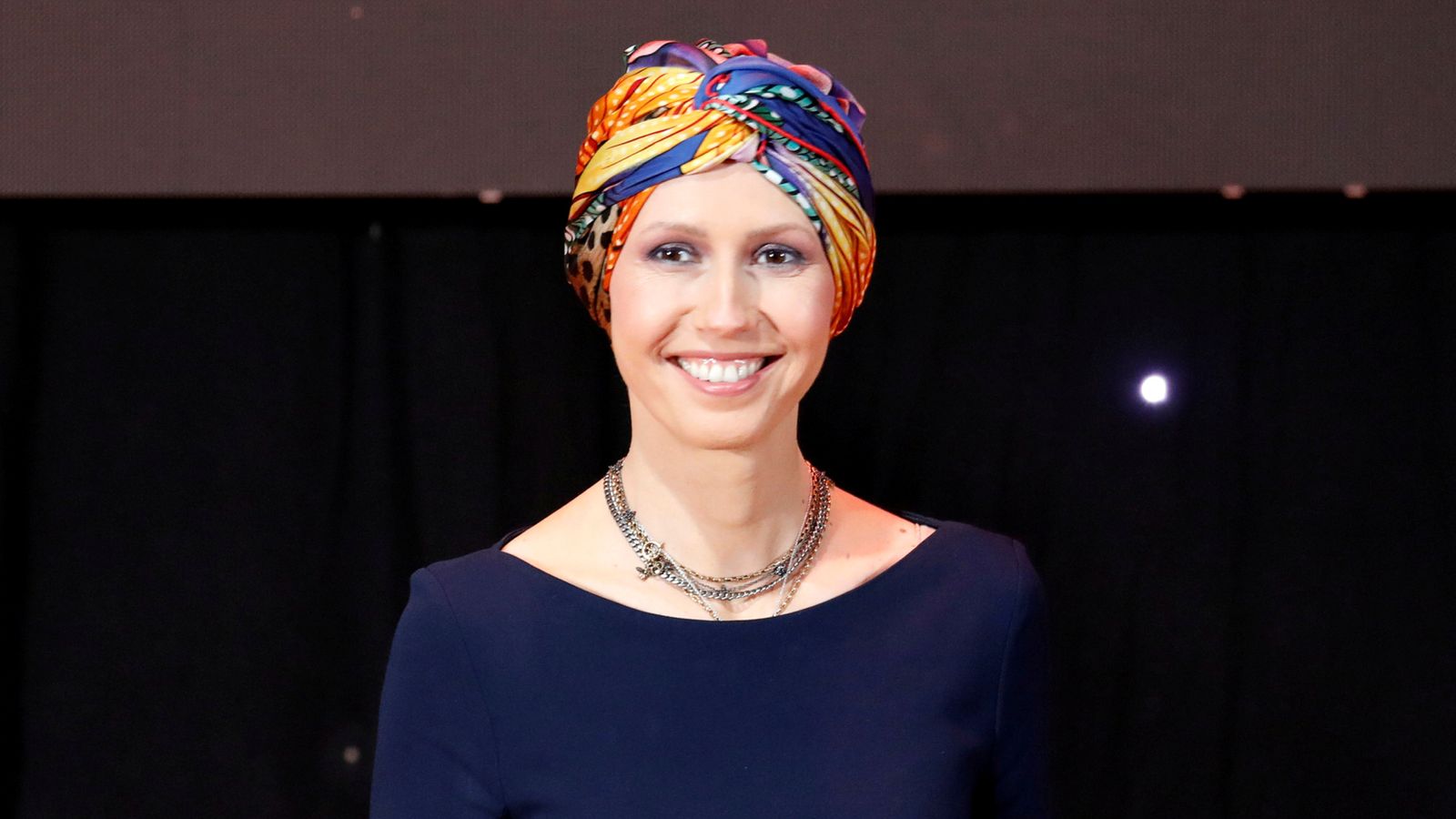 The British-born wife of Syrian President Bashar al Assad is accused of supporting and encouraging terrorism. If charged, the Met could seek her extradition.

Guernica 37 International Justice Chambers accuses her of being among a number of “influential actors” who encouraged and incited acts of terrorism and international crimes.

It says the Syrian government is guilty of a systematic approach to the torture and murder of civilians, including with the use of chemical weapons.

The legal team told Sky News: “This is an important step in holding senior political officials accountable for their acts and ensuring that a state, through an independent and impartial legal process, takes responsibility for the acts of its own nationals.

“As [she] is a British national it is important that she faces prosecution if the evidence supports the allegation and not merely stripped of her citizenship. This is an important process and it is only right that justice is served before an English court.

“We recognise that it would be politically expedient to merely strip the first lady of her citizenship. That will not serve the interests of the hundreds of thousands of civilian victims to the 10-year conflict.”

In a statement, the Metropolitan Police Service said: “We can confirm that the Met’s War Crimes Unit, part of the Counter Terrorism Command, received a referral on 31 July 2020 relating to the ongoing Syrian conflict. The referral is in the process of being assessed by officers from the War Crimes Unit.”

This month marks 10 years since the start of the Syrian war. An estimated 400,000 people have been killed and more than 6.5 million people have been displaced. The Syrian government has denied committing war crimes and says it is the one fighting terrorism.

Asma al Assad, 45, was born and raised in west London. In the late 1990s, she worked as an investment banker for JPMorgan.

“She seemed completely normal and didn’t stand out from anyone else,” former colleague Paul Gibbs remembers. “You couldn’t tell where she was going.” This is what it is like to be bombed

Around the same time, Asma met her future husband. After a trip to Libya together as a guest of then leader Muammar Gaddafi, she ended her career in London to marry Bashar.

“It was the same thing as going off as a guest of Colonel Gaddafi in those days, it was pretty radical. He was a bit like Assad – a rogue leader – so it was a weird thing to go and do, and nobody could understand why you would give up a promising career in investment banking to go and do that,” said Mr Gibbs

“You cannot compare the existing Asma al Assad to the previous version which is Emma Akhras in London,” he said, referring to the name she went by at school.

“At first, she wasn’t treated as part of the family,” he explained. “She is from Homs, and a Sunni, and her Arabic wasn’t good, so she wasn’t allowed to speak to the media in case she makes mistakes. They didn’t even let her have the title first lady.”

“But after 2013 she backed her husband fully. Her position matched whatever he was doing militarily: bombings, killings and torturing.”

Abdelnour added Asma has spent the last nine months courting the Alawite community in Syria, of which her husband is a part but which she has traditionally shared frosty relations with. It’s all part of her ambition, he says, to increase economic influence having entered the marriage with little profile.

Bradley: An open letter to Beterbiev and Yarde — with a game plan for each
Sources: Broncos reach deal for Saints’ Payton
Toyota is the latest car company to jump on the electric bike bandwagon
Amazon to start charging delivery fees on Fresh grocery orders under $150
Tesla shares pop on ‘better than feared’ earnings results, demand outlook