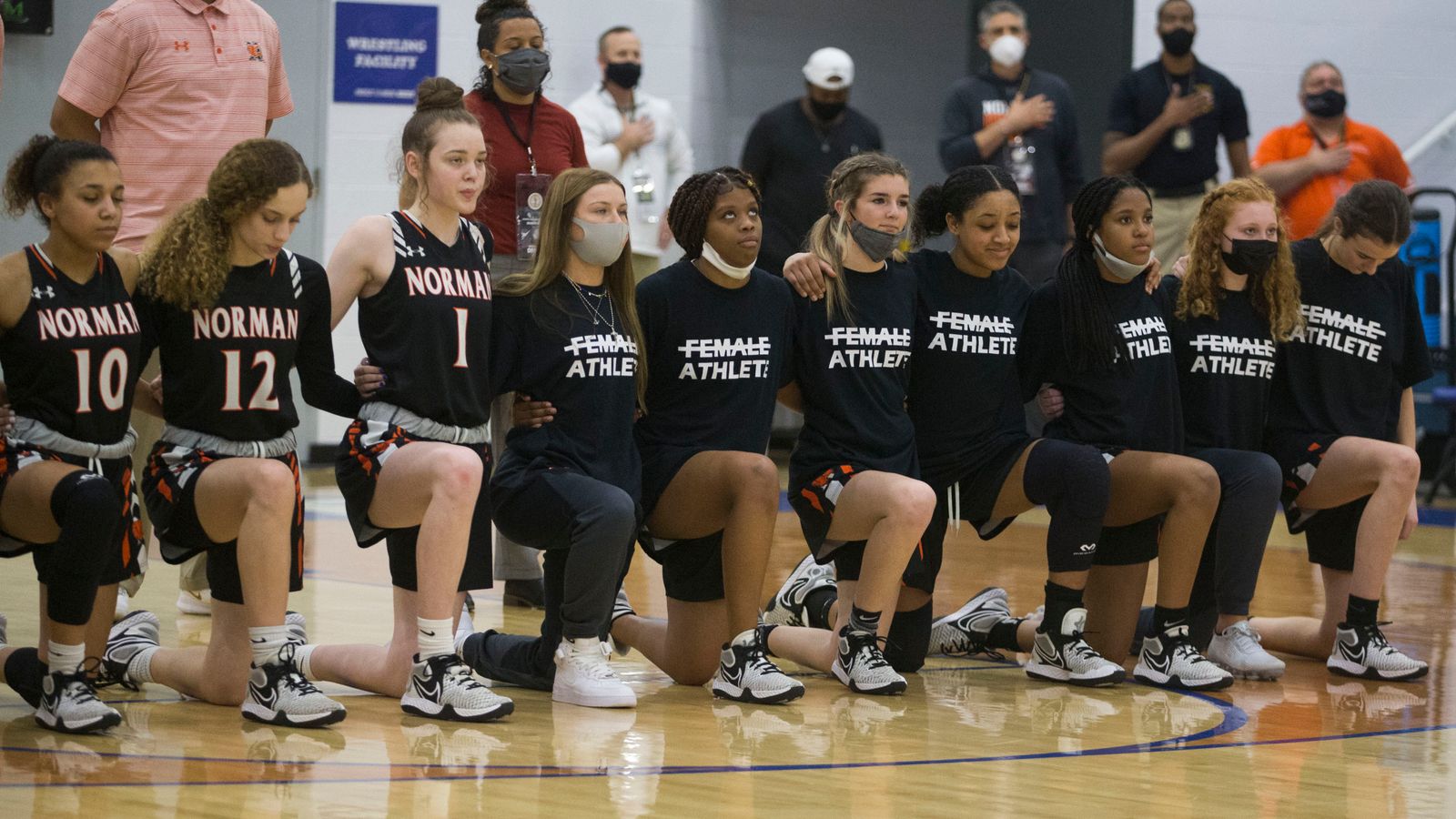 An announcer at a girls’ high school basketball game in Oklahoma used a racial slur as players kneeled during the national anthem.

The Norman High School team took the knee before their quarter-final game against Midwest City – a familiar way of protesting racial and social injustice.

One of the livestream’s broadcasters, who didn’t realise their microphone was live, was heard saying: “They’re kneeling? F*** them. I hope Norman gets their ass kicked… F****** n******.”

Matt Rowan, who subsequently admitted to making the insulting marks, issued a lengthy apology seeking forgiveness, but claimed he was not racist.

While not excusing his comments, he also said he was diabetic and during the game his “sugar was spiking”, which can cause him to become disoriented and “often say things that are not appropriate as well as hurtful”.

The Oklahoma Secondary Schools Activities Association said it would not tolerate this kind of behaviour, adding: “While we are currently investigating the incident, this crew will not be doing any more games for the remainder of our championships.”

And NFHS Network, which was streaming the game, said it was “sickened” and “outraged” by the comments made on the broadcast.

He added: “We condemn and will not tolerate the disgusting words and attitudes of these announcers. We will do everything in our power to support and uplift our team and everyone affected by this incident.”

And Joy Hofmeister, Oklahoma’s state superintendent of public instruction, added: “The remarks made were sickening and vile. My heart aches for the young female athletes who were subjected to this hateful and disgusting tirade.”

“I will state that I suffer Type 1 Diabetes and during the game my sugar was spiking.

“While not excusing my remarks it is not unusual when my sugar spikes that I become disoriented and often say things that are not appropriate as well as hurtful. I do not believe that I would have made such horrible statements absent my sugar spiking.

“While the comments I made would certainly seem to indicate that I am racist, I am not, I have never considered myself to be racist, and in short cannot explain why I made these comments.

“I offer my most sincere apologies for the inappropriate comments made and hope that I can obtain forgiveness. I specifically apologise to the Norman High School girls basketball team, their families, their coaches and their entire school system.”