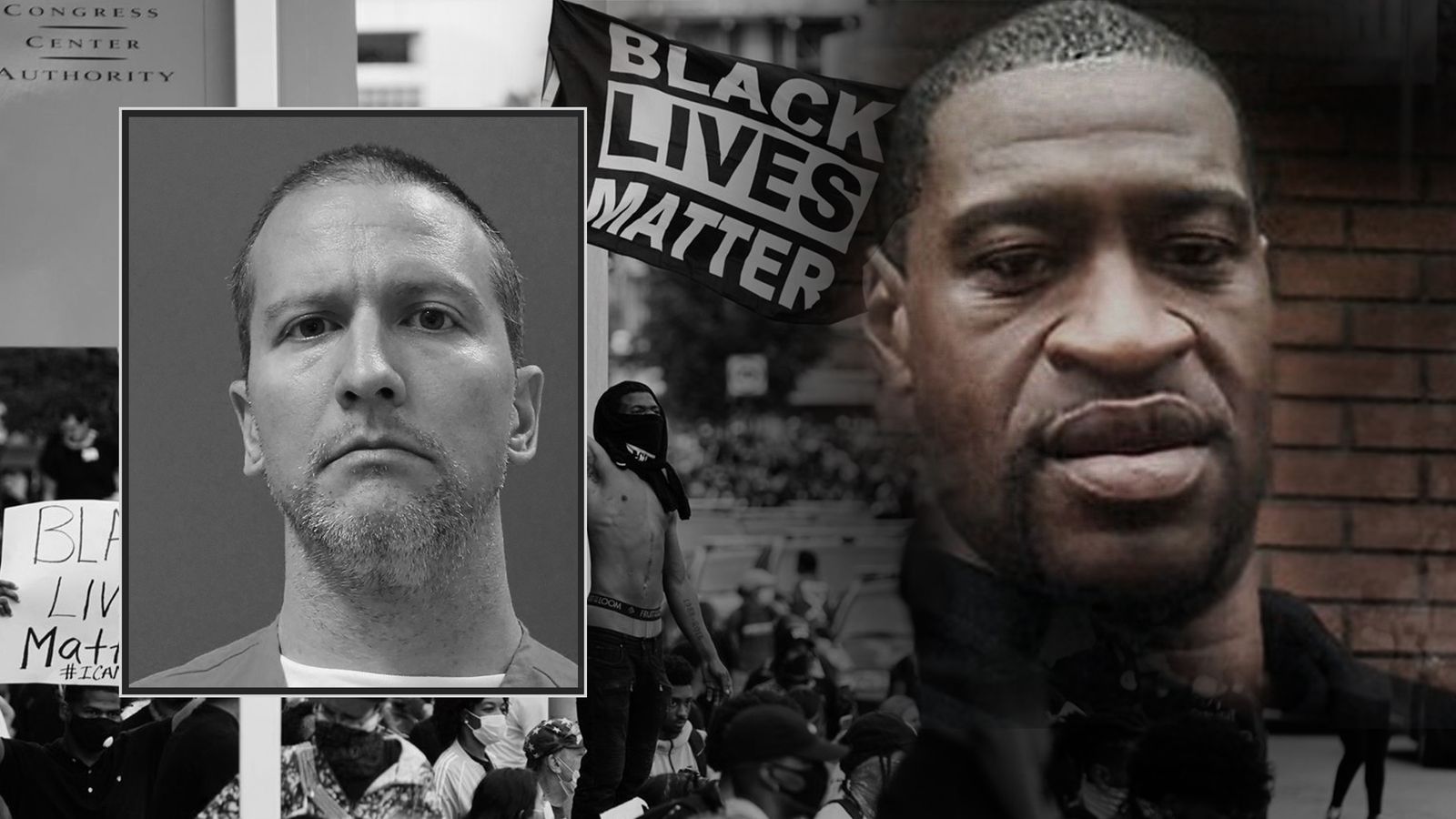 The former police officer accused of killing George Floyd, whose death sparked months of worldwide protests against racial injustice, is on trial for his murder.

Derek Chauvin, 45, is charged with three offences over the death of George Floyd, who died after he was arrested in Minneapolis, Minnesota, in the US last May.

The then-police officer was filmed kneeling on Mr Floyd’s neck for about nine minutes as he said: “I can’t breathe.”

Chauvin’s trial in the same city gets under way on Monday – you can watch live continuous coverage of court proceedings on the Sky News website, app, YouTube and Sky Pop Up Channel on 524.

In the meantime, here’s everything you need to know:

Chauvin is accused of three offences.

The first charge is of second-degree unintentional murder, which means the person was killed without prior intent to kill while inflicting or attempting to inflict bodily harm on the victim.

The second charge is second-degree manslaughter, which is when a person knowingly or consciously takes a risk that results in the death of a person.

He is also facing a third-degree murder charge, which is killing someone without intent by carrying out an act dangerous to others due to “a depraved mind” and without regard for human life.

The final charge was dropped in October when a judge ruled it only applies when multiple people were endangered – but was reinstated as the jury was being chosen following an appeal by the prosecution.

Opening statements at Hennepin County Government Center in downtown Minneapolis begin on 29 March, when they will provide a roadmap of their case and tell jurors what they can expect to see at the trial, including key witnesses.

Legal experts expect the video of Chauvin’s knee on Mr Floyd’s neck to be played early in the trial, maybe even in the opening statement, to remind jurors what is at the heart of their case.

Chauvin’s defence lawyer, Eric Nelson, will most likely use his opening statement to push back at what prosecutors say, and tell jurors that medical testimony and use of force experts will show a different view.

The trial is predicted to take two to four weeks.

Jurors will then deliberate for however long it takes to come to a verdict, with the trial expected to finish by mid to late-April.

The death of Mr Floyd sparked outrage across the world and the video of Chauvin kneeling on his neck was viewed hundreds of millions of times – making jury selection difficult.

A panel of 12 jurors has been chosen and will have to decide which crime Chauvin is guilty of, if any.

Fifteen jurors will appear in court when the case starts, but Judge Peter Cahill said the 15th was chosen to ensure 14 would be in place once the trial begins. He is expected to dismiss that person immediately.

Two others will be alternates, in case jurors get sick during the trial.

Lawyers gave considerable attention to the jury pool’s attitudes towards police, with some potential jurors ruling themselves out as their opinions either way were too strong.

Almost all of the jurors selected said they had seen at least parts of the video showing Mr Floyd being arrested, with several acknowledging it gave them at least a somewhat negative view of Chauvin, but said they could set that aside.

They all had to fill out a questionnaire stating if they strongly agreed or disagreed, or had no strong views on issues such as “defunding” the police, Black Lives Matter, Blue Lives Matter, as well as their own contacts with police and their familiarity with the case.

Minnesota Attorney General Keith Ellison’s office is in charge of the prosecution against Chauvin.

Second-degree murder carries a sentence of up to 40 years in prison.

Prosecutors will have to prove beyond reasonable doubt Chauvin caused Mr Floyd’s death while committing or attempting to commit a related felony – third-degree assault here.

They will not have to prove he intended to cause Mr Floyd’s death.

Second-degree manslaughter has up to 10 years jail time.

Prosecutors will have to prove beyond reasonable doubt Chauvin caused Mr Floyd’s death by “culpable negligence” – that he created unreasonable risk and consciously chose to cause death or serious harm.

Police are authorised to use force so prosecutors will have to prove the force he used was unlawful.

Third-degree murder can mean up to 25 years in prison. Prosecutors must prove Chauvin’s actions caused Mr Floyd’s death, and were reckless and without regard for human life.

They are expecting protests, which there were outside the court during jury selection.

The courthouse in downtown Minneapolis has been fortified with concrete barriers, fencing and barbed wire to try to prevent a repeat of the damaging riots that followed Mr Floyd’s death.

The National Guard has been mobilised to assist local police over fears of large violent civil disturbances, property damage, assault and looting.

At least $1m (£715,460) is being spent by city authorities on fences and barricades across the city, including around its five police stations, City Hall and the Public Service Building, which face the courthouse, the Minneapolis Star Tribune reported.

As the trial is taking place during the COVID-19 pandemic, there will be a limited number of people in the courtroom.

Proceedings will be televised, which is unusual for Minnesota.

There will be a broadcast technician, the judge, eight lawyers (four from each side), jurors and alternate jurors, two media members, one member of Chauvin’s family, and one of Mr Floyd’s family members. 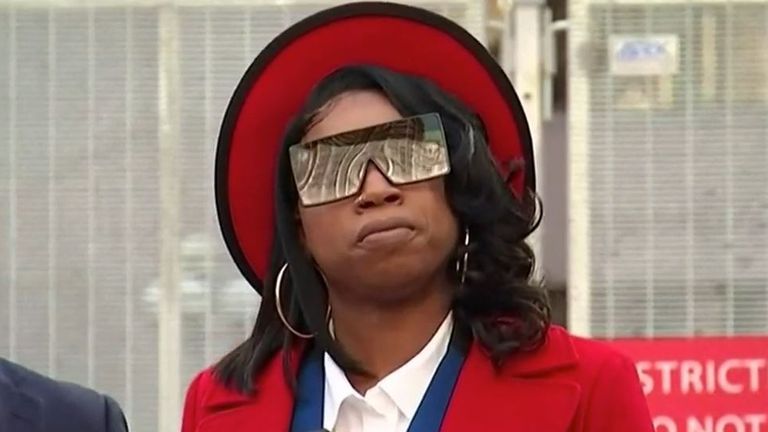 Are any others facing charges?

Three other officers, since fired, have been charged for their alleged part in Mr Floyd’s death – J. Alexander Keung, Thomas Lane and Tou Thao.

They are set to go on trial on 23 August on aiding and abetting charges.